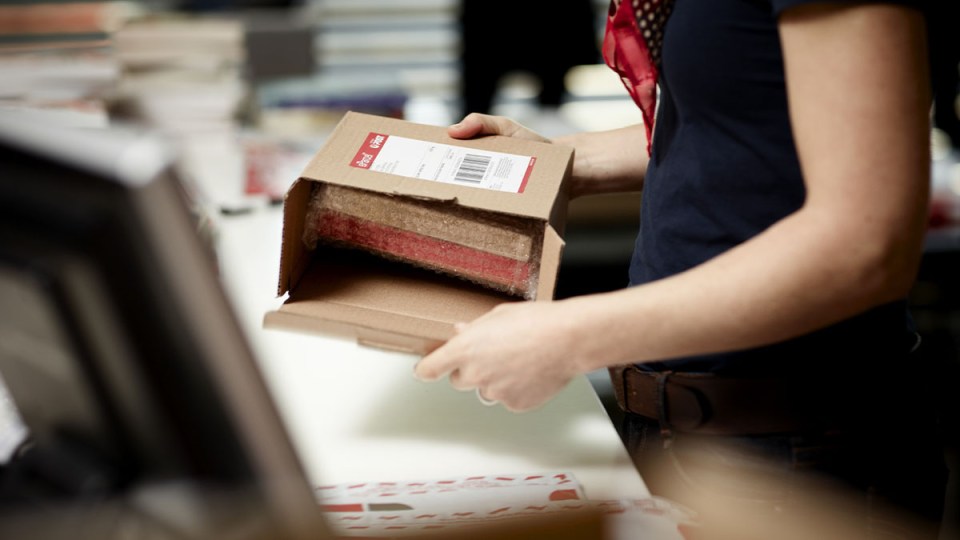 Australia Post boss Paul Graham is bracing for the busiest Christmas in the history of the taxpayer-owned postie, warning that COVID-19 has created “significant challenges” in delivering parcels on time.

Mr Graham told a Senate estimates hearing on Tuesday that parcel demand rose by 40 per cent in September as New South Wales and Victoria endured lockdowns.

Mr Graham has been thrown in the deep end since starting as CEO four weeks ago, with elevated delivery demand and worker strikes plaguing efforts to clear mountains of undelivered parcels.

Photos leaked earlier in October appeared to show hundreds of boxes piled up in an Australia Post warehouse waiting to be delivered.

Australia Post told estimates on Tuesday that about 87,000 parcels, including medical supplies, were delayed because of recent worker strikes but said the backlog of orders was cleared within three business days.

Workers at Australia Post subsidiary StarTrack walked off the job earlier in October over fears about job security and pay freezes.

$400 million plan to ward off the Christmas grinch

A $400 million investment unveiled on Monday will also increase its capacity by 30 per cent in time for Christmas, with new parcel facilities set to open in Adelaide, NSW, Queensland and Victoria.

A new fleet of delivery vehicles is being mobilised, and software updates are being rolled out to improve parcel scanning and delivery tracking.

“We are on a journey to becoming a modern mail, ecommerce, digital services and retail business,” he said.

Mr Graham said on Tuesday that delivery times and reliability should also improve as COVID restrictions are eased in the run-up to Christmas.

But some business owners are still worried about the holiday period.

Dean Salakas, CEO at NSW-based retailer The Party People, said businesses had lost some confidence in Australia Post after it was forced to suspend deliveries in NSW and Victoria with little notice.

Although Mr Salakas welcomed the additional capacity, he is still worried the record ecommerce levels will lead to Christmas delays, with the taxpayer-owned postie revealing that online shopping had increased by as much as 32 per cent during the pandemic.

“They’ve been doing Christmas volumes every day. We thought they would have some contingency to manage that but they didn’t,” he said.

“They still might be pushing the limits. If we think volumes are going up 32 per cent for Christmas, and they’re only adding 30 per cent, it doesn’t sound like it will work.”

The pandemic has not only increased parcel volumes but created new challenges for frontline workers, hundreds of whom are being forced to isolate at any given time after being exposed to COVID at work.

Ecommerce hit a record 15 per cent of total retail sales in August, with $4.2 billion spent online as NSW and Victoria endured long lockdowns.

Both states are now opening up, but the Australian Retailers Association expects the surge in online shopping will continue over the holiday period.

“The online surge is likely to continue right through to Christmas, which will add further strain to supply chains – so consumers should be prepared and shop early,” Ms Brown said.

The ARA expects $59 billion will be spent over Christmas, an 11.3 per cent increase on pre-pandemic levels but a slightly lower amount than last year.