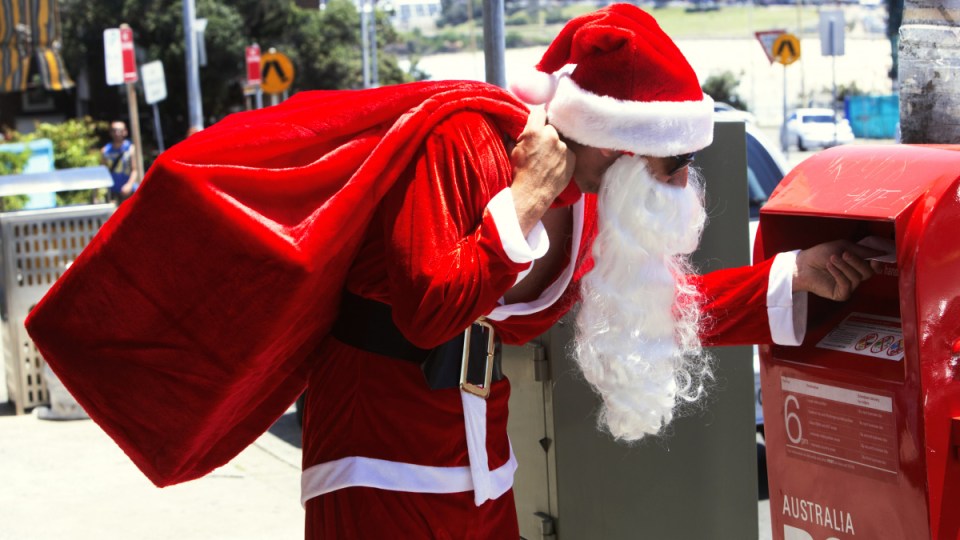 Australia Post is recruiting thousands to cover its ‘busiest Christmas ever.’ Photo: Getty

‘Tis nearing the silly season and Australians are expected to spend money this Christmas like never before.

Retailers are looking forward to bumper profits, while Australia Post has embarked on a mass recruitment drive to meet unprecedented demand.

It says it’s already delivering more than two million parcels a day across the country, with with COVID-19 lockdowns in the south-east still causing delays.

Australia Post paused parcel collections from online retailers in NSW, Victoria and the ACT earlier in September – including for Father’s Day – as it struggled to meet demand.

Some disappointed dads missed out on receiving their gifts on time, a problem the company seeks to avoid repeating at Christmas by bringing on almost 5000 extra workers.

With this coming Christmas season predicted to be Australia Post’s busiest yet, executive general manager for people and culture Sue Davies has issued a callout.

“At the moment, every day feels like Christmas at Australia Post and we’re on the lookout for people to join us and help deliver and process record volumes across the country,” Ms Davies said on Monday.

“We’re proud of the outstanding efforts of our people working hard across the country who keeping delivering and supporting communities through challenging circumstances, and we’re so pleased to be able to welcome more into this fantastic Australia Post team.”

At least 1600 permanent and fixed term roles have been advertised at Australia Post, with another 3300 Christmas casual jobs still available.

It comes as the Australian Retailers Association says it also expects trading to pick up in coming weeks, particularly as lockdowns start to ease.

Research conducted by the ARA and Roy Morgan found Australians will spend more than $11 billion on Christmas presents this year, with 79 per cent saying they plan to spend the same or more as last year.

For retailers struggling to keep afloat as a result of coronavirus lockdowns, the holiday season offers a glimmer of hope.

ARA chief executive Paul Zahra said the lockdowns in NSW, Victoria and the ACT were threatening the survival of small businesses, and some discretionary retailers, particularly those in CBD locations.

“However, there is hope on the horizon with NSW set to start to open back up next month and Victoria and the ACT expected to follow suit,” Mr Zahra said.

“The timing couldn’t be more important as retailers gear up for the festive trading season when most discretionary retailers make up to two-thirds of their profits for the year.”

NSW has promised to ease restrictions when vaccination rates hit 70 per cent, for people aged over 16 who have had two doses.

“However, the immediate challenges remain around the lockdowns and a lot of pain continues to be felt in parts of the country where stay-at-home orders are in place,” Mr Zahra said.

New figures from Mastercard SpendingPulse, which measures in-store and online retailing across all forms of payment, showed sales rose 1.1 per cent in August compared to July, but were down 2.3 per cent from a year earlier.

The biggest annual falls were in clothing retailing, down 15 per cent, and department stores, off 3.5 per cent.

However, household goods sales rose 4.5 per cent and food retailing was up 0.2 per cent.

The Australian Bureau of Statistics will release retail spending figures for August on September 28.