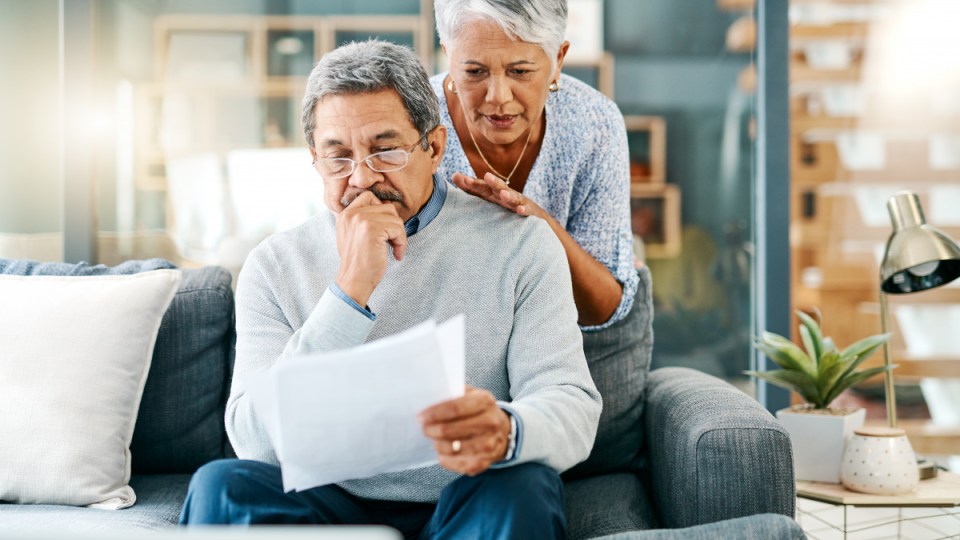 Hundreds of victims of bad financial advice are waiting for the federal government to help get their money back. Photo: Getty

Victims of dodgy financial advice have been waiting for years to receive hundreds of thousands of dollars in compensation payments, as granted to them by the financial services ombudsman.

A key recommendation of the banking royal commission was to set up an industry-funded Compensation Scheme of Last Resort to compensate victims of companies that go broke after giving them misleading advice.

The scheme was deemed necessary as people who had won decisions against insolvent companies were not being paid as there was often no money left over to pay them.

But more than two years after Commissioner Kenneth Hayne handed down his final report, hundreds of Australians are still waiting to receive compensation despite the Australian Financial Complaints Authority already ruling that many of them were entitled to significant payments.

The federal government had committed to introducing the scheme to Parliament by December 30, 2020 before pushing back this deadline to June 30, 2021 as a result of the pandemic.

But that deadline has also now been missed – prompting consumer group Choice to call on the government to make the reform a priority for the first week that Parliament returns to work in August.

“We would say this issue is probably the most important recommendation of the banking royal commission, and it should be one of the biggest priorities,” Choice CEO Alan Kirkland told The New Daily.

“In a practical sense, the delay means that there are people who are entitled to compensation, because that’s been [ruled] by the financial complaints authority, and that compensation is not being paid.

“And there are other people whose complaints have never even been heard by the Australian Financial Complaints Authority because of these delays.”

The ABC reported in October that 620 people had made complaints to AFCA about insolvent firms before the ombudsman decided to stop hearing complaints in April 2020, with one couple telling 7.30 they had lost more than $200,000 as a result of a misleading investment.

AFCA took the decision to stop hearing complaints because it was unsure when the federal government would get around to setting up the compensation scheme.

An AFCA spokesperson told the ABC the ombudsman it “did not feel it was right to ask consumers to invest considerable time and energy in pursuing such matters until it was clear there was a prospect that they may be paid compensation if awarded”.

Mr Kirkland said Choice was “puzzled” by delays to the scheme that were only adding to the financial and emotional hardship of the families waiting on hundreds of thousand of dollars in compensation.

“We’ve been reasonable about timelines the whole way along. We knew this was complex. We knew that there were some delays due to COVID,” he said.

“But now the government has had over 28 months since the royal commission handed down this recommendation, and we think that’s more than enough time. So there is no justification for any further delay.”

Mr Kirkland said it was also crucial that the government pass the Financial Accountability Regime reform.

This measure would hold finance executives personally accountable for misconduct and subject them to new fines of up to $1,050,000, deferred remuneration obligations, and disqualification from operating as an accountable executive.

“The delay in establishing the Financial Accountability Regime law sends a message to banking executives that misconduct will go unpunished,” Mr Kirkland said.

“The Australian community expects strong enforcement and penalties for banking executives when they break the law.”

In response to questions from The New Daily, Treasurer Josh Frydenberg said the Morrison government remained committed to swiftly implementing the recommendations of the Hayne Royal Commission but was forced to delay some measures due to COVID-19.

“However, despite significant disruption caused by COVID-19, the Morrison government has made substantial progress in implementing recommendations of the royal commission,” Mr Frydenberg said.

Mr Frydenberg said given the complexity of the reforms and need for further stakeholder views, the government would “commence further public consultation” before Parliament resumes on how best to set up the Financial Accountability Regime and Compensation Scheme of Last Resort.