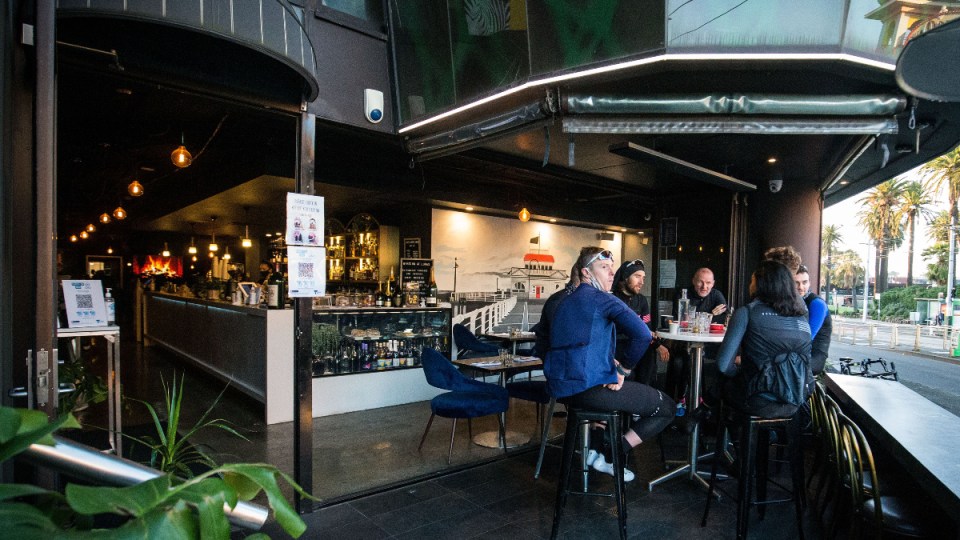 People are shifting their spending back towards services as restrictions ease. Photo: Getty

Australian retailers are expected to book the fastest annual sales growth in a decade this financial year.

But a retail slowdown is on the way as people embrace the opportunity to socialise more freely – and that is likely to lead to killer bargains during end-of-financial-year sales.

Forecasts released by Deloitte Access Economics on Monday predict that annual growth in retail spending is expected to reach a massive 5.9 per cent in 2020-21 – the strongest gain in a decade.

The industry as a whole has been a major beneficiary of the COVID-19 pandemic, as Australians diverted money usually spent on eating out and overseas holidays towards home office and exercise equipment and other goods to make it through lockdown.

But the latest national accounts show that trend is beginning to shift, with spending on hotels, cafes and restaurants leading the quarterly growth in household consumption over the March quarter as spending on cars, clothing and furniture fell backwards.

Deloitte consequently expects annual growth in retail spending to slow to 0.9 per cent in 2021-22 and said in its report that apparel and household goods retailers would experience the greatest slowdown.

“Australian consumers have more options for spending with the easing of restrictions, and a need for social contact is supporting eating out and other activities at the expense of other retail spending,” said report author and Deloitte Access Economics partner David Rumbens.

But Mr Rumbens also noted that our closed international borders would ensure retail spending remained above pre-COVID levels despite a slowdown in growth over 2021-22. He said this was crucial to ensuring our continued recovery from the pandemic recession, given real household spending needs to increase by 5.5 per cent next financial year for the government to achieve the growth forecasts set out in the federal budget.

“Luckily the war chest of savings built up for many over the past six months is starting to be drawn down, providing some buffer for household spending,” said Mr Rumbens, referring to the massive run-up in household savings during the pandemic.

“The signs so far are that consumers are willing and able to play their part in Australia’s economic recovery, but the hit to disposable income, limited population growth and the ongoing vaccine rollout place some risks on that growth for 2021-22.”

The report comes after Bunnings, Officeworks and Kmart owner Wesfarmers warned in a note to investors earlier this month that sales were slowing down after panic-buying took them to new heights during the pandemic last year.

But he agreed with Deloitte that the international border closure would somewhat offset the slowdown in retail spending triggered by people focusing more on their social lives as restrictions ease.

“Retail gains will continue until international borders open and we get back to spending on travel and investing in overseas resorts and things like that,” Professor Mortimer said.

The federal government has provided no details on its plan to eventually reopen the international border.

But baked into the federal budget was the assumption that “inbound and outbound international travel is expected to remain low through to mid-2022, after which a gradual recovery in international tourism is assumed to occur”.