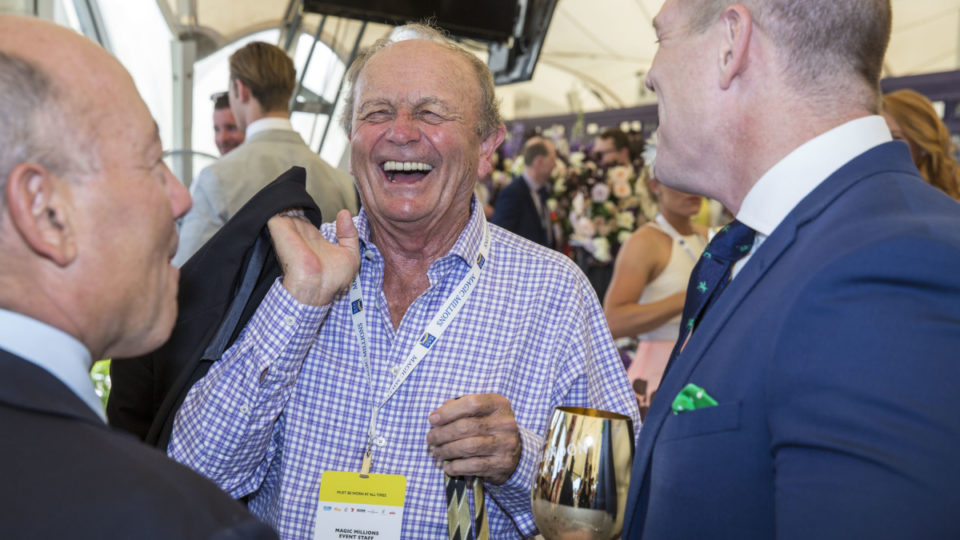 Harvey Norman is in damage control as a result of union protests triggered by its mishandling of JobKeeper. Photo: AAP

Harvey Norman has gone into damage control on social media after union protests sparked a wave of anger about its handling of JobKeeper and support for a freeze in the real minimum wage.

The retail giant went on a Twitter ‘blocking’ spree over the weekend and now appears to be censoring posts on its Facebook page in an attempt to silence critics.

As The New Daily has previously reported, Mr Harvey has refused to pay back the wage subsidies his company received despite booking more than $900 million in profits over the past 18 months and paying over $500 million in dividends to investors.

And unions are now tapping into public outrage over the so-called ‘DividendKeeper’ payments in their campaign for a 3.5 per cent increase to the federal minimum wage.

The ACTU said Harvey Norman is backing a push to freeze wages for low-paid workers – when adjusted for inflation – via its membership to the National Retail Association.

The NRA has argued in a submission to the Fair Work Commission that any increase to the federal minimum wage should be capped at the annual rate of inflation and has also pushed for the increase to be delayed until November for some of its workers.

“Instead of backing another wages freeze, Harvey Norman should support the working people who make up so much of the company’s customer base,” ACTU secretary Sally McManus said in a statement.

Harvey Norman is responding to critics by blocking them on Twitter, even though it stopped using the platform for customer service in March.

The company claims its Twitter account is “unmanned” but replied to posts over the weekend, mocking users for criticising the brand.

The ACTU, comedian Celeste Barber and Victorian Labor minister Martin Pakula were among the Twitter users to report being blocked by Harvey Norman over the weekend.

The blocking spree gave rise to the #boycottharveynorman hashtag that trended on Twitter on Monday morning and had more than 5000 tweets using it in a matter of hours.

Harvey Norman’s Facebook is also being heavily moderated, with few comments showing up on company posts, despite the platform tracking much larger numbers of comments over the weekend.

Mr Harvey has come under repeated criticism for his response to the COVID-19 pandemic.

Last March he told 60 Minutes Australians shouldn’t let the virus “dictate our lives” and referred to it as a business opportunity.

He later told Nine Newspapers he regretted those remarks, saying he was trying to offer a “positive view” about the pandemic to curb panic.

The retail magnate sparked further outrage in February after he refused to repay JobKeeper and said the $20.5 million received under the scheme was a “tiny amount of money”.

Harvey Norman paid out some of the largest dividend payments to investors after receiving JobKeeper last year, according to an analysis of the program conducted by The New Daily.

Harvey Norman received about $6 million in JobKeeper through its head office and about $14.6 million through franchisees in 2020.

Some companies like Toyota have repaid JobKeeper in full, while many others like Domino’s have chosen to repay a portion of their payments.

“Short to medium term, the impact could definitely be in financial profits, while the longer-term implications could be around reputation,” Dr Hurst said.

“Reputation is really important, particularly for companies as they face crises and try to weather those over time.”

Harvey Norman did not respond to a request for comment.