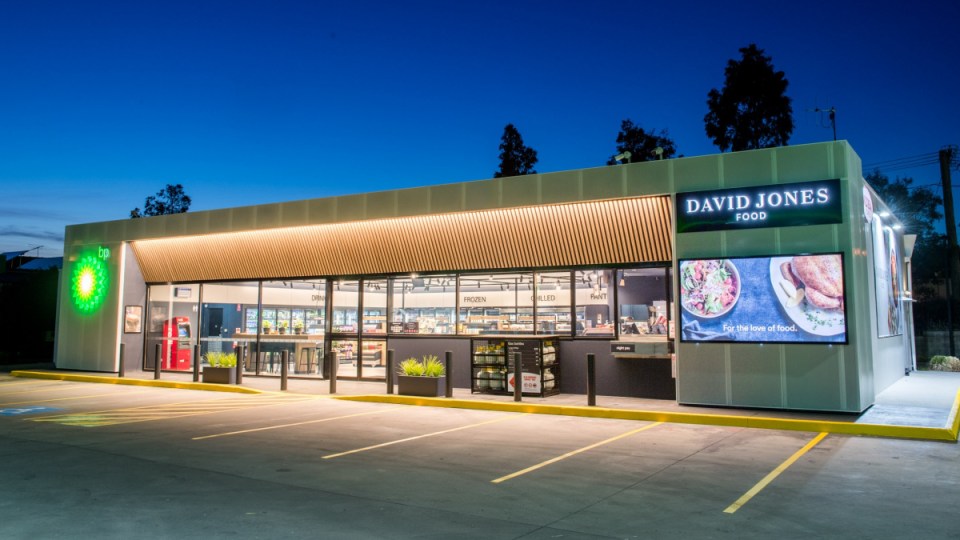 Australia’s traditional department store giants are struggling to adapt to the changing retail landscape, with David Jones announcing the end of its experimental partnership with BP.

On Friday, David Jones revealed that it was pulling the pin on its foray into premium service station food that commenced in 2019 following a “strategic review”.

There are currently 35 dual-branded David Jones-BP convenience outlets in Sydney and Melbourne that will transition back to BP-only service stations in coming months, the companies said.

A BP spokesperson confirmed the changes, saying “our organisations have collectively agreed to work through a managed transition that will see our relationship end in the coming months.”

“We know the needs of consumers are changing and we are excited by the growth opportunity this presents for BP in Australia,” the spokesperson said.

“A differentiated offer which is delivered well clearly resonates with our customers, who lead busy lives and want easy access to healthy and delicious food, alongside BP’s other high-quality products and fuel offers.”

Queensland University of Technology professor of marketing and consumer behaviour Gary Mortimer said that while it was a “smart move” for DJs to try to target “the high end consumer looking for a better quality food and grocery experience” with convenience offerings at BP outlets, ultimately the partnership was mismatched.

“When you walk into David Jones’ store at Bondi Junction you encounter a broader range and highly trained food specialists. That’s very much the experience you probably don’t get that same experience at a service station,” Professor Mortimer explained.

“So I think that was an issue in relation to the experience of shopping.

“If you’re living in Mosman you’re probably not stopping in at the service station and getting tonight’s dinner, you’re probably shopping at a different type of retail venue.”

Department stores in fight for their futures

The end of the BP trial comes as David Jones and competitor Myer are desperately trying to carve out a space for themselves and adapt to shoppers’ changing habits.

“If we look at the two major department stores, Myer and David Jones, they’ve struggled in the marketplace for several years now. That’s simply because the market has shifted,” Professor Mortimer said.

“These once great bastions of retail were the place we went to to buy everything from school shoes to furniture to consumer electronics and sporting goods.”

Instead of shopping at department stores, consumers now have a plethora of options ranging from online stores to ‘category killer’ retailers that dominate specific sectors.

“Unfortunately, today, ‘category killers’ that evolved in the 1980s and 90s are now the place we go to buy sports equipment and furniture and bedding,” Professor Mortimer said.

Many of the key brands that the big department stores used to sell “now have their own flagship stores and standalone stores themselves”, he said.

“So you end up in a situation where ultimately the market and consumers have shifted to other distribution points.”

DJs and Myer are now looking to ‘right-size’ their stables by shuttering smaller format stores and closing floors to help stem losses.

So what does the future hold?

“Possibly a flagship location in Melbourne, Sydney, probably to a lesser extent, Brisbane and Adelaide.”

Myer and DJs will need to transform themselves into premium destinations like Galleries Lafayette in Paris or Harrods in London to survive, Professor Mortimer said.

“A store that’s maybe four or five levels, with champagne and oyster bars. A food offer, but a bespoke food offer. Premium exclusive brands. That’s, I think, the future of department stores, that they become ultimately destination retailers,” he said.

“Because at the moment there probably is not much future in a suburban department store.”