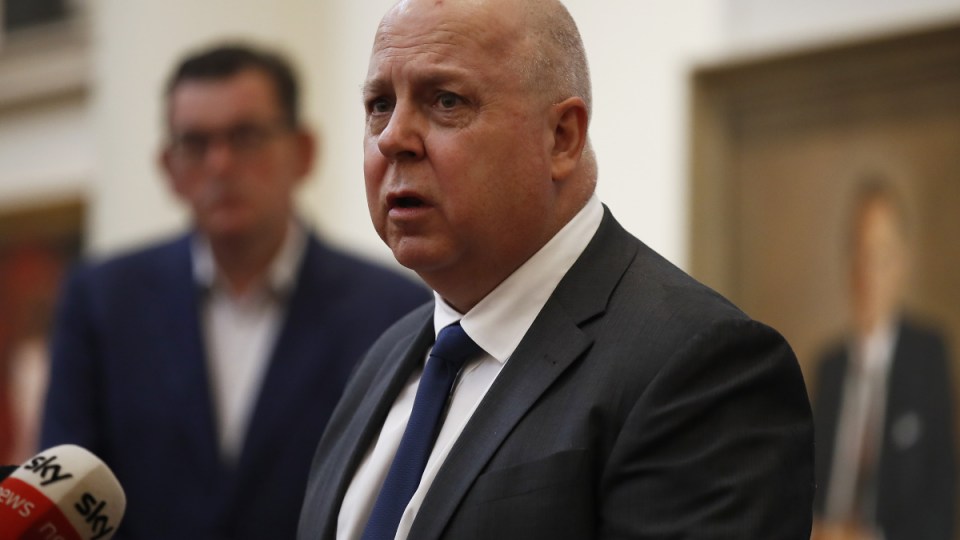 Victorian government leaders spent about a year avoiding groups driving the state’s transition to cleaner cars before confirming its plan to tax drivers of electric vehicles.

Emails seen by The New Daily show the government repeatedly ignored pleas for information on its plans and refused to take the advice of industry groups.

But Victorian Treasurer Tim Pallas did lend an ear to the lobbyists who were pushing for the tax, meeting the chief executive of Infrastructure Partnerships Australia to discuss the issue on two occasions.

It suggests the government only listened to one side of the debate on the controversial tax while ignoring the concerns of those who said it would push the country even further behind in the race to net-zero emissions.

Twenty five companies and organisations have also warned the tax on EVs would make it much harder for families to buy electric cars, as manufacturers would continue to send their best and cheapest models to more favourable markets.

And the lack of consultation isn’t the only issue, either.

Critics say a major conflict of interest is also weighing on the debate.

The Victorian government is a paying member of Infrastructure Partnerships Australia and the deputy secretary of its treasury sits on the IPA’s board.

(The Victorian government declined to reveal how much it was paying the IPA, but the ACT government is also a member and said it paid $31,746 in annual membership fees.)

So what’s going on here?

The Australia Institute climate and energy program director Richie Merzian said it’s nothing more than a “cash grab” led by the state treasurer.

Introducing a road-user charge would allow the state government to directly raise revenue from motorists who drives on its roads.

And so Mr Merzian says it is “disconcerting” that the Victorian government is a paying member of a group that is loudly supporting the tax.

“It appears like it is solely focused on revenue raising,” Mr Merzian said of the scheme.

“And what’s worse is the treasuries are paying to be part of a group that lobbies them to bring in this tax.

“So it’s this circular, self-serving, publicly-funded form of lobbying, on an issue that has been devoid of any transparency, any consultation, and any concern of the impacts beyond filling state coffers.”

Mr Merzian said any policy advanced by a state government required a public proponent in support of it.

“And [in this case], it seems to be one that is partly funded by the department that is going to benefit from it,” he said.

The Victorian government told The New Daily it had “met with a range of organisations and stakeholders regarding the distance-based charging scheme for zero- and low-emission vehicles, including IPA, relevant members of the automotive industry, Electric Vehicle Council, Tesla and federal government representatives”.

But when The New Daily asked which groups the government had met before it announced its plans for an EV tax, a spokesperson declined to offer specific details and said: “We have met with and continue to meet with a variety of stakeholders and respect the confidentiality of those discussions.”

One group that failed to secure a meeting with Mr Pallas before the tax was announced was the Electric Vehicle Council, the lobby group representing car manufacturers and other companies working in the industry.

The industry group’s CEO, Behyad Jafari, first asked the Victorian government for a meeting with the Treasurer after the Nine Newspapers revealed in November 2019 that a road-user charge was on the government’s “radar”.

Published a day before the IPA released a report pushing for the policy, the story was the first major suggestion that the government was considering introducing an EV road-user charge in its upcoming budget.

And so Mr Jafari contacted the Treasurer’s office to brief him on how the tax could discourage people from buying EVs and leave a dent in the state’s broader climate ambitions.

The Treasurer declined multiple requests for a meeting but asked one of his senior economic advisers to meet Mr Jafari, emails seen by The New Daily show.

No meeting took place and the Victorian government announced its intention to introduce a EV road-user charge in its state budget in November.

“It was only once the bill was tabled, or roughly around that time, in Parliament that finally we did get a chance to have a meeting and put our positions forward,” Mr Jafari told The New Daily

“And that was with the Treasurer himself, and with his office, and we spent that time sending over various ideas of compromise, of how we could make this tax work without harming EV uptake in its very early years.”

It’s worth noting here that the main argument put forward by state governments mulling a road-user charge for EVs is that owners of low- and zero-emission cars pay no fuel excise tax and therefore don’t pay their fair share towards road maintenance.

But that argument ignores the fact that money raised from fuel excise tax is funnelled into consolidated revenue at the federal level and not directly linked to road maintenance.

And although there is a case for allowing state governments to directly tax motorists given they are responsible for maintaining their roads, introducing a road-user charge at a time when electric vehicles make up such a small proportion of the national fleet is expected to discourage uptake and send a negative signal to manufacturers.

State treasurers were told as much in a leaked report to the Board of Treasurers before the Victorian government announced plans to introduce the tax.

Written by the Victorian Treasury, the report said introducing an EV tax without major incentives to balance it out was “likely to discourage [zero- and low-emissions vehicle] uptake” and also impede progress on reducing emissions.

Greens senator Janet Rice conceded there was a case for bringing in a road-user charge so that driving on roads did not become cheaper than taking public transport and discourage people from taking trams, trains and buses.

But she told The New Daily she had a problem with the lack of public consultation before the policy was announced in November.

“The fact they’re not doing that makes me deeply suspicious,” she said.

On top of this, Senator Rice said she was also concerned that the system of road-user charging could be privatised down the track and handed over to a private toll road operator like Transurban, the chief executive of which also sits on the IPA’s board.

She said this would fit with the broader VicRoads privatisation agenda being pushed by the state government.

“You can’t say definitively this is where this debate is going,” Senator Rice said.

“You can just see that there’s a danger for it, and that the whole pro-privatisation agenda of government at both state and federal levels, that it fits like a glove in terms of developing a scheme that would then be privatised.”

Infrastructure Partnerships Australia, however, says this suggestion is absurd.

A spokesperson from the group told The New Daily the policies it advanced were “designed around the best interests of users and taxpayers as represented by our membership”.

(The group declined to provide the federal Parliament with a full list of its membership, but said during a public inquiry that “about 35 to 40 per cent of our members are public sector agencies”.)

“The suggestion that a road-user charge is somehow a step towards privatising road revenue would require the co-ordinated brainwashing of the Productivity Commission, the Henry Tax Review, the Harper Review, the Thodey Review, Infrastructure Australia, Infrastructure Victoria, and numerous Parliamentary Inquiries over three decades,” the spokesperson said, referring to public inquiries that have also supported road-user charging.

“The Victorian government’s proposal shows that it is both possible and desirable to support decarbonisation of the transport sector and create a fair and sustainable funding system for roads.”

In a bid to offset the disincentive to EV ownership caused by the proposed road-user charge, the Victorian government has rolled out a $3000 subsidy to reduce the upfront cost of buying an EV for Victorian residents and businesses with premises in Victoria.

The government – which has passed its EV tax through the lower house of state Parliament – said it would also set up an expert advisory panel to help it achieve its target of electric cars accounting for half of all new cars sold in Victoria by 2030.

“The Victorian government has the opportunity to correct this by building a broad-based expert panel [to offer advice] on how they will hit their 50 per cent EV sales target,” the Australia Institute’s Mr Merzian said.

“So the real test will be who they appoint to this expert panel.

“Because obviously they’ve only been listening to a very narrow subset of voices.”