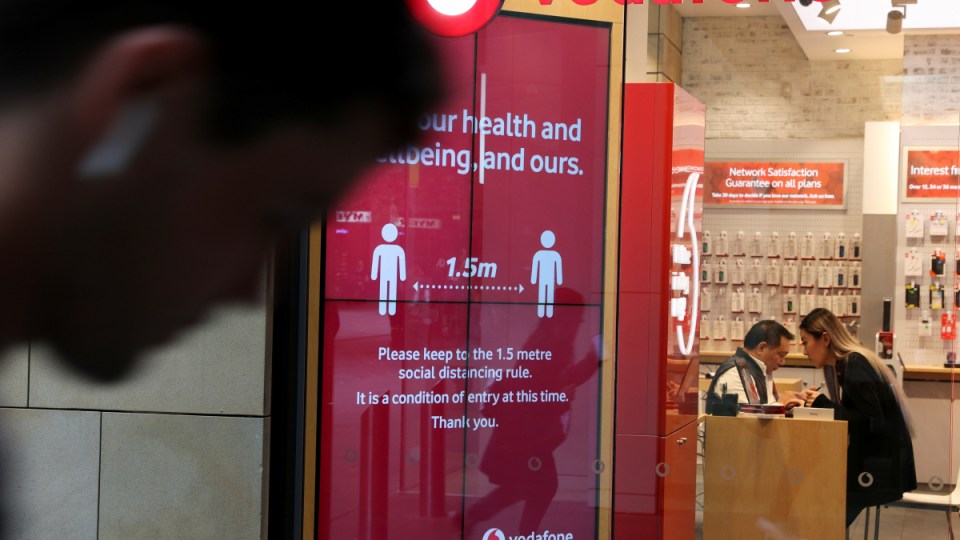 Vodafone customers across the country reported problems paying for goods and other delays during the outage. Photo: AAP

Vodafone customers nationwide were having trouble making calls and accessing the internet as the phone company experienced major outages across its 4G network on Friday.

Vodafone said it had identified the problem and was working to resolve it as quickly as possible.

Mobile phone customers started reporting difficulties about 11am AEST, with complaints peaking just before midday, according to outage website downdetector.com.au.

Disgruntled customers from across the country have been venting their frustrations, with one saying: “Slower data than normal, try no data!”

“Literally on the phone to my partner giving him directions to get to his jobs because he can’t access maps,” tweeted another.

“Without Wi-Fi, I have got no internet access, no data and having intermittent issues sending SMS,” wrote a Perth customer.

The outage apparently sent users scrambling over to Twitter seeking more information about the outage.

Instagram said some users had issues using its social media service amid widespread complaints online that Facebook was also down.

“Is your #instagramdown? We know some people are having issues right now,” the company said on Twitter.

“We’re working on it and hope to have everything running smoothly as soon as possible.”

According to downdetector.com, which monitors websites, reports of outages began to spike from about 7.30am.

But the crisis was short-lived, with Instagram advising the service was back online within half an hour of its original statement.

Queensland Police issued a public service announcement, reminding everyone that a social media outage was not an actual emergency.

Others poked fun at using competitor Twitter to confirm the outage, posting cheeky memes about the rush of users for information about the other social channels.