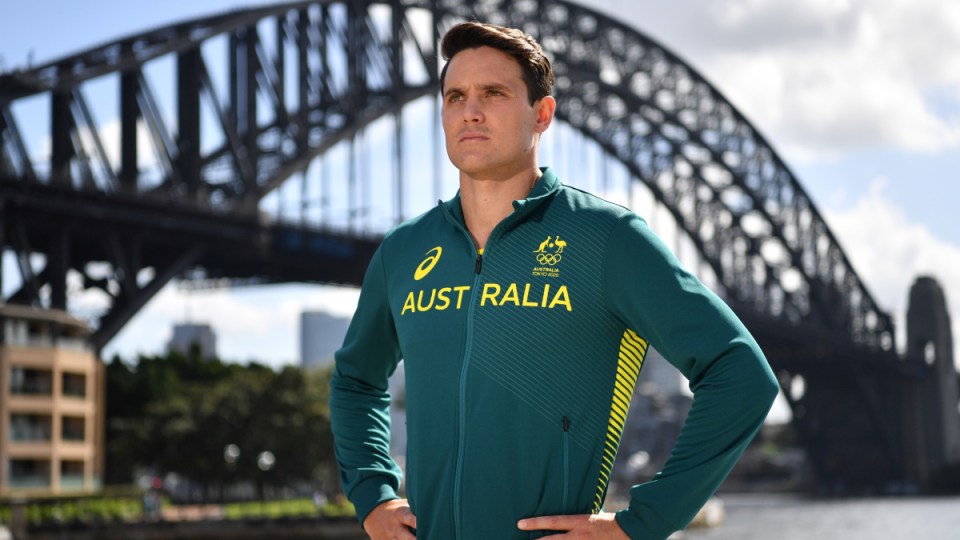 Asics, the supplier of the Australian Olympic team's Tokyo uniforms, has been caught up in controversy over Xinjiang cotton. Photo: AAP
opinion

Businesses with ties to the Xinjiang province in China find themselves at a junction.

Caught in debates concerning Uyghur people being the victim of modern slavery and genocide, they must deal with concerns expressed by Western governments and human rights groups, and an increasingly agitated Chinese Communist Party.

Some commentators have suggested that foreign companies that (in)directly profit from the systematic exploitation of Uyghurs in China must choose between profit and principle.

It seems like a straightforward question: do companies want to profit from the state-organised repression, exploitation and extermination of an ethnic minority, or do companies condemn the treatment of Uyghur people in China and deal with the backlash?

The conundrum underlying the question is as old as capitalism itself: what social costs are we willing to accept in order for companies to make a profit?

It appears that under contemporary capitalism, this question does not have a straightforward answer. The jury is still out on whether modern slavery and genocide are acceptable social costs in generating company profits.

Governments have criticised the practices in Xinjiang. The Biden administration formally declared China’s treatment of Uyghur Muslims a genocide, meanwhile in the United Kingdom efforts to do the same have been frustrated.

Celebrities have been quick to use their influence and have responded by cutting ties with brands. Chinese celebrities that is, who have ended their partnerships with brands like H&M, Nike, Adidas, Puma, which they say smeared cotton produced in Xinjiang.

Hugo Boss and Asics stated they would continue to source cotton from Xinjiang; however, these statements seem to have been posted online by local staff in China without approval from the head offices in Germany and Japan respectively.

Meanwhile, a UK law firm distanced itself from a piece written by four of its lawyers that accused the Chinese government of genocide after Beijing imposed sanctions on the firm.

The International Olympic Committee (IOC) is also caught in the fray.

Its official uniform supplier is a Chinese company, which withdrew from the Better Cotton Initiative recently due to criticism by this initiative on the conditions in Xinjiang.

So, what will the IOC do? In October 2020, its President Thomas Bach stated: “The Olympic Games are not about politics. The International Olympic Committee, as a civil non-governmental organisation, is strictly politically neutral at all times.”

The Australian Olympic team, which will be sporting Asics uniforms in Tokyo, has also been caught up in the controversy.

Meanwhile, the Dutch, German and Norwegian football teams did make political statements in the past week. In advance of their 2022 World Cup qualifying matches, they brought attention to the conditions for migrant workers in Qatar, the host of the 2022 World Cup.

Some 6,500 migrant workers from India, Pakistan, Nepal, Bangladesh and Sri Lanka are reported to have died in Qatar since 2010, when the country won the right to host the World Cup.

But will football players put their money where their mouth is? Is there a scenario where they choose not to participate in the 2022 World Cup, if they qualify? Not likely.

The power of commerce

In the 1980s, there was a broad consensus among governments (with a notable exception) that the abuses endured by black people living under the South African Apartheid regime were to be met by economic sanctions. The sanctions played a vital role to end Apartheid.

Today, we look to companies to create positive change in the world. And why wouldn’t we?

Many large multinational companies generate annual revenues equivalent to the global domestic product of a medium-sized country. This means that their economic and political influence has grown to a degree previously only reserved for nation states.

But does that enable, or does it constrain, companies from addressing human rights abuses?

In the Financial Times, a researcher from the University of Oxford’s China Centre states that “the options seem delicately balanced” for companies with ties to Xinjiang. They continue:

“If they stand up for principles, they may put revenues at risk and will incur extra costs as they develop new supply chains. Yet if they prioritise their China profits, they could do irretrievable damage to their brands at home and in other markets, falling foul of shareholders and changing governance requirements.”

“It is an invidious choice but the latter is likely to be far more damaging to longer term performance and earnings, and corrosive of trust in the brand.”

The straitjacket of capitalism

The power of commerce that helped to bring down the Apartheid regime in South Africa seems to have given way to the straitjacket of capitalism.

In the merciless pursuit of profits, the debate seems to have arrived at a low point where the question is what the most balanced approach to modern slavery and genocide is.

How did we get here? It certainly did not happen overnight. For years companies have profited from social exploitation and environmental degradation, and we have allowed it, turning a blind eye in exchange for cheaper clothes and smarter phones.

This poses the question: where do we draw the line? Is there a point where profits and economic gains do actually give way to principles?

The standard you walk past is the one you accept. If we choose to prioritise profits over addressing the systematic abuse of Uyghurs, then it is a long dark road ahead.

From Xinjiang to the Olympics: Why do companies find it so difficult to choose between profit and principle?