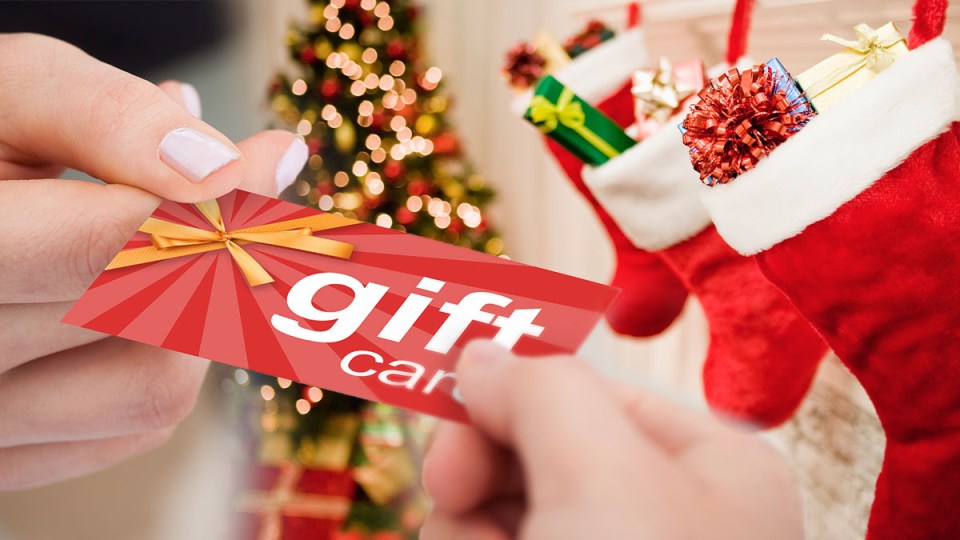 Gift cards are a popular last-minute stocking stuffer – but consumers have been warned to check the fine print. Photo: TND

The search for Christmas stocking stuffers is well and truly afoot.

For those who leave Christmas shopping until the last minute or have the chore of buying for a fussy loved one, gift cards are usually an ideal solution.

But recent moves in the UK have raised concerns that recipients may lose some of the benefits if retailers enter administration in the new year.

After calling in the administrators, the parent company of Topshop, Arcadia, said customers with gift cards would only be allowed to use them to cover half the price of their purchase.

The remainder would have to come from their wallet.

Choice head of policy and government relations Julia Stewart told The New Daily retailers have an obligation to treat gift cards as they would cash and cannot tell a consumer how they are used.

But she said that changes once a company enters financial trouble.

“Within any voluntary administration, consumers typically are at the bottom. They obviously come behind creditors and those people who have invested their money in that particular company,” Ms Stewart said.

According to the ACCC, gift card holders may become ‘unsecured creditors’ during administrations if they have not redeemed their card’s value.

And if a business changes hands, gift cards are honoured if it was sold as a ‘going concern’ – where the businesses’ assets and liabilities are sold by the old owner to the new owner – and the new owner buys shares in the company.

But he warned consumers to be mindful of the terms and conditions on a retailer’s gift card, as some may contain exclusions against marketing promotions or customer loyalty programs.

“Understand [that] whilst it represents a currency there may be terms to that transaction that are restrictive, and make sure to deal with reputable and well-regarded businesses,” Mr Walker told The New Daily.

“And if you are worried a retailer may go under, purchasing a card from a shopping centre chain or one that covers a number of participating retailers could be a good way to hedge their bets.”

Following amendments to Australian consumer law last year, all gift cards now carry a minimum of a three-year expiry (with the date clearly stated) and most have waived post-purchase fees that would otherwise reduce their value.

Meanwhile, for those with a habit of stashing a gift card in the bottom of their drawer, many retailers have now partnered with electronic gift card providers to ensure cards can remain stowed on their phone.

Ms Stewart said the best way to ensure those cards are used on time is ensuring consumers purchase a card they believe will have a high likelihood of being used within six months.

“We just really encourage people to do their research, so have a look at the company to make an informed choice, and even consider smaller companies and initiatives like Buy From The Bush,” Ms Stewart said.

Simon Birmingham: Liberals need to be more proactive on climate and women
Analyst: Sharemarket will be anxious about a Labor pact with Greens
French foreign minister hails defeat of Morrison and his ‘notorious incompetence’
Tiger Woods quits PGA tournament after the worst round of his career
COVID claims 18 more lives as nationwide daily cases soar above 35,000
Volodymyr Zelensky: How war will end as Ukraine ‘breaks backbone’ of Russian army
How to avoid a debt hangover this Christmas
Today's Stories

Gift cards: How to stop a Christmas present turning into dead money