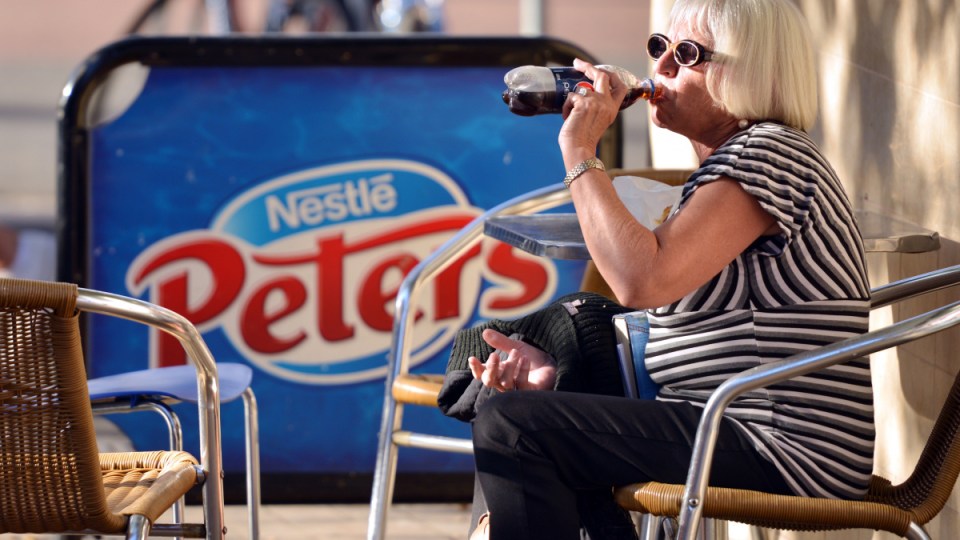 Peter's ice cream has been caught with its hands in the convenience store freezer. Photo: Getty

The consumer watchdog is screaming over ice cream, on Friday accusing Peters of trying to block out the competition at service stations and convenience stores.

The ice cream giant is being accused of entering into an “exclusive dealing” contract with PFD Food Services to distribute its frozen goods, from November 2014 to December last year.

The Australian Competition and Consumer Commission has launched federal court action against Peters, on the basis of allegations Peters effectively froze out the competition.

“(The conduct) may have deprived ice cream lovers of a variety of choice or the benefit of lower prices when purchasing an ice cream at one of these stores,” ACCC chairman Rod Sims said.

Because of the complexities of transporting frozen goods like ice cream, PFD was the main distributor on many routes throughout the country.

The ACCC’s allegations lay in that because PFD had this capability – but also the exclusivity deal held by Peters – new entrants to the market weren’t able to penetrate these supply chains.

PFD says it asked Peters to renegotiate the deal, but Peters declined.

Peters has rebuffed the claims – a spokeswoman for parent company Australasian Food Group said there have been an “extensive number” of commercially viable distribution options available for other ice cream companies for years.

Because of Peters stranglehold, through its distribution handshake, the ACCC alleges consumers would have found only Drumstick, Maxibon, Connoisseur, Frosty Fruits and BillaBong choices at servos –no Cornettos, Paddle Pops or even Golden Gaytimes.

This restricts choice to the consumer, Dr Callaghan said, and that’s where the ACCC can find a foothold.

“There is also the potential for consumers to be paying more, given this arrangement,” Dr Callaghan told The New Daily.

“Especially given consumers expect to pay more at a petrol station than at a supermarket – it could well be a mechanism to maintain large profit margins.

“I’m not saying that happened – but it makes it a possibility.”

The watchdog is seeking declarations, pecuniary penalties, a compliance program order and costs.

Peters has told the ACCC it recently entered into a new agreement with PFD which no longer includes a term restricting PFD from distributing ice cream for other producers.

Mr Sims noted Peters and one other single-wrapped ice cream supplier held a market share of more than 95 per cent at the time of the allegations.