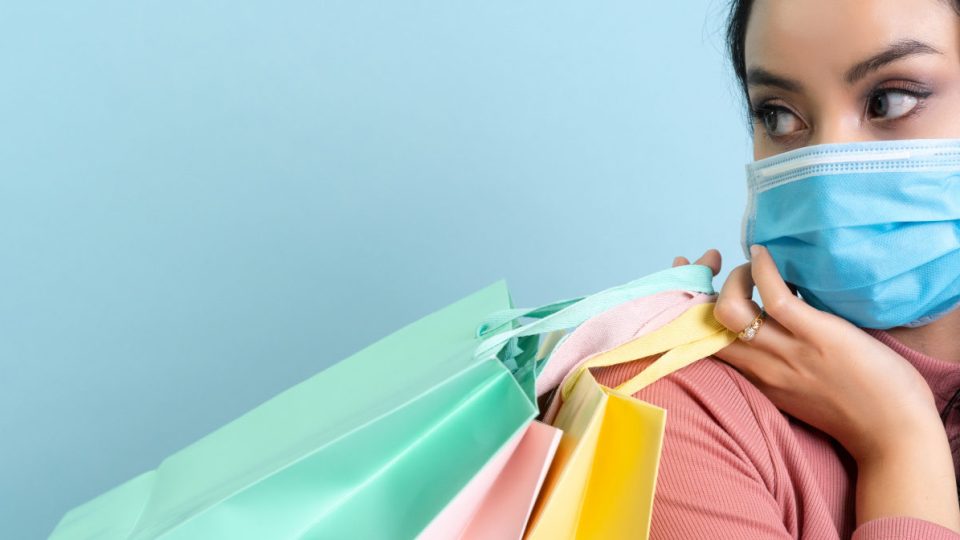 Australians are opening their wallets as restrictions ease. Photo: Getty

Australians are hitting the shops and feeling more confident about the economy as restrictions ease across the country.

Treasury still expects unemployment to rise from 6.9 to 8 per cent before the end of the year.

But the latest round of economic data provides cause for optimism.

A monthly survey released by the Melbourne Institute and Westpac on Wednesday showed consumer confidence rising to a seven-year high in November.

Then, on Thursday, NAB revealed that national retail spending in the week ending November 7 was up 12.5 per cent on the same time last year.

Not bad in the teeth of the worst recession since the 1930s. But nothing compared to the massive jump experienced in Melbourne. 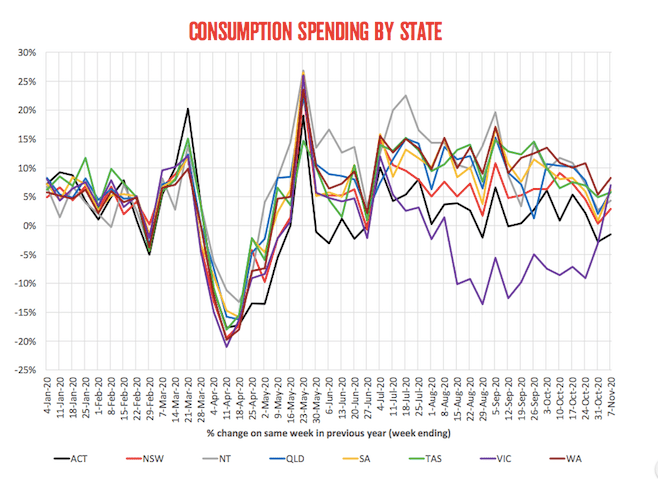 There, consumers embraced their new-found freedom by spending a massive 20.9 per cent more on retail than they did during the same week last year.

The spending rush came after the Victorian government announced on October 27 that all shops and venues in Melbourne could reopen, subject to capacity constraints.

Frank Mincone, owner of Windsor-based hip-hop and art supply shop Union Heights, said he experienced a “tidal wave” of customers as soon as restrictions were lifted.

“That’s sort of died down a little bit,” he said.

“But things feel like they’re back to normal at the end of the day when we ring up the till, so it’s been really good.”

Mr Mincone said the removal of the 25-kilometre travel limit on November 9 gave his business another major boost, as the niche nature of his business means he draws customers from all parts of Melbourne.

“The best thing about it all is being able to see people face to face again and have a conversation,” he said.

“I think it’s been a remarkable weight of people’s shoulders – especially for their mental health.”

Mr Mincone said his business was in a reasonable financial position given the situation, thanks to rent reductions, government grants and the strength of his online business.

He’s nonetheless bracing for a tough Christmas period as the recession continues to take its toll.

But he hopes the pandemic has inspired enough community spirit for people to buy most of their gifts locally.

“I think people are starting to see the worth of these small businesses being in their area and providing life and energy, because it’s horrible when you walk past a whole row of empty shops with ‘for lease’ signs on them,” Mr Mincone said.

His comments come after Westpac’s survey revealed Australians were planning for a “normal Christmas” in terms of how much they’ll spend on gifts.

“Since we’ve started to reopen, we’ve had a really strong bounce back,” Ms Maus told The New Daily.

“It’s like the street erupted with people who were itching to get out – and they really celebrated that on Chapel Street.”

Ms Maus said foot traffic through the precinct was now 2 per cent higher than before the pandemic and “on an upward trajectory”. Partly because “so many people know that they need to support local businesses right now”.

Asked if she considered the uptick a temporary sugar hit caused by the end of the lockdown, Ms Maus said she was a realist but felt “really optimistic about the future, and optimistic that we’re seeing the trend in that foot traffic data going up”.

“The momentum is really building,” she said.

And NAB’s data shows spending is tracking well in other states, too.

No data was provided for Tasmania and the Northern Territory. But in the ACT, overall spending was down 1.5 per cent year on year. Retail spending up 12.5 per cent as restrictions ease