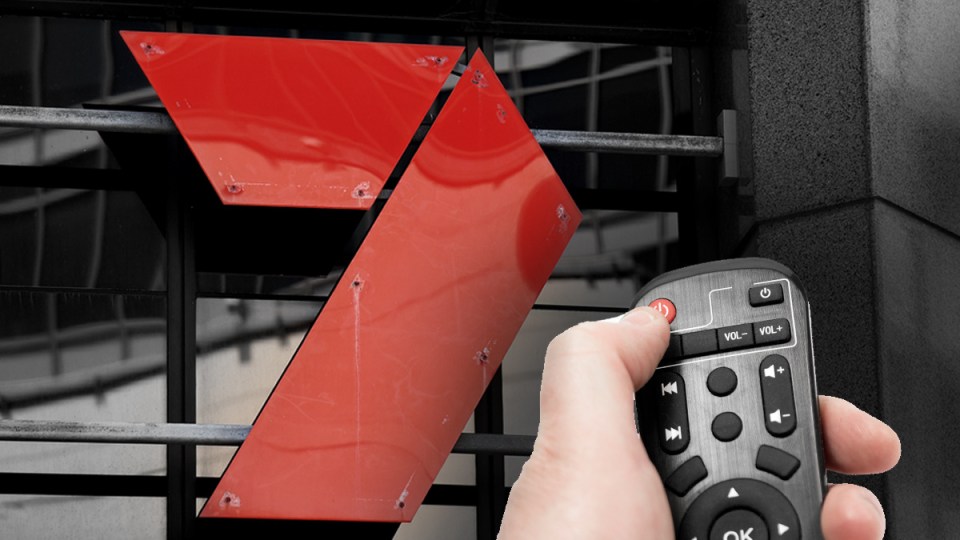 Seven West Media took a battering in the 2019-20 financial year – and faces a bumpy future, too.

Seven West Media has ended a disastrous financial year with a $162 million loss, as the pandemic sends advertisers rushing for the exits.

It marks the second consecutive year the business has failed to turn a profit, after losing $324.3 million in 2018-19, and comes amid ongoing cost-cutting programs spearheaded by managing director and CEO James Warburton.

These include reducing staff by 20 per cent, renegotiating lower rates for AFL broadcast rights, and banking “temporary savings” from production delays and virus-related cutbacks.

But none of these measures did enough to offset the accelerated slump in advertising revenues, which fell by 15.2 per cent over the year and 40.8 per cent in the fourth quarter.

All that while Seven continued to fight against what it says are unfair broadcasting quotas.

Falling advertising revenues have crippled Seven’s business, but that’s not the only challenge it faces.

Recognising that younger viewers are now rushing to Netflix and Stan and other streaming sites, Seven, Nine and Ten are focusing more on their older viewership.

But unlike the streaming platforms, all three are subject to strict government quotas mandating set amounts of locally produced shows and children’s content, which Seven said is expensive to produce and does nothing for their target market.

By way of protest, the Kerry Stokes-owned broadcaster even halted production of children’s programming in March – with Free TV chief executive Bridget Fair telling Nine Newspapers at the time that the existing quota rules made as much sense as “bringing back cathode ray televisions”.

“There’s no question that the quota system is no longer fit for purpose,” Dr Potter told The New Daily.

“The networks are already reducing their investment into their children’s quotas quite significantly and have been for some years.”

The federal government is reviewing these quotas with the possibility of updating them to better match the post-streaming media landscape.

Yet such a move would do little to help the commercial broadcasters overcome hurdles related to sports and reality TV programming.

Both have been crucial to free-to-air’s success over recent years, as while viewers are happy to watch drama and family shows after they have been aired, they want to watch sport and reality shows live on free to air.

The success of Ten’s The Masked Singer, which can’t be filmed and broadcast live due to COVID restrictions, and sports-streaming platform Kayo shows fans are willing to wait, he said.

This means commercial broadcasters will no longer be able to rely on live sports and reality TV to sustain their network.

Instead, they will need to diversify into different media channels – most importantly into streaming content.

Ten and Nine have already done this through Ten All Access and Stan respectively, but Seven is yet to join them.

Seven’s disappointing year began with staples My Kitchen Rules and House Rules both underperforming, according to TV commentator David Knox.

Meanwhile, big-budget drama Between Two Worlds similarly struggled to find its audience – a failure that Mr Knox said may have pushed Seven to pressure the federal government over its quota system.

Seven began to turn around its fortunes later in the year, with the launch of a refreshed Big Brother (which had the biggest reach among 25 to 54-year-olds since the 2016 Olympics) and the ever-popular Farmer Wants A Wife (which debuted with the highest viewership in the country).

Both shows have been renewed.

Mr Knox added that changes to the AFL schedule also helped the channel, with near nightly matches giving the channel a leg-up on rival Nine Network for several weeks.

And viewers have also rapidly adjusted to Seven’s catch-up video service, 7plus, which grew 30.4 per cent over the year.

‘I am not afraid’: The modern unknown soldier risks it all in Ukraine
Energy market reform will be a big boost for emissions reductions: Chris Bowen
Greens sign up for Labor’s looming jobs-and-skills summit as Liberals stick with boycott
Joe Biden’s $430b green victory for the environment
China cementing its Thailand ties with joint military exercises
NRL: Titans frantic to end 10-game losing streak as Manly showdown looms
Katies, Rivers owner to shut up to 500 outlets
Today's Stories