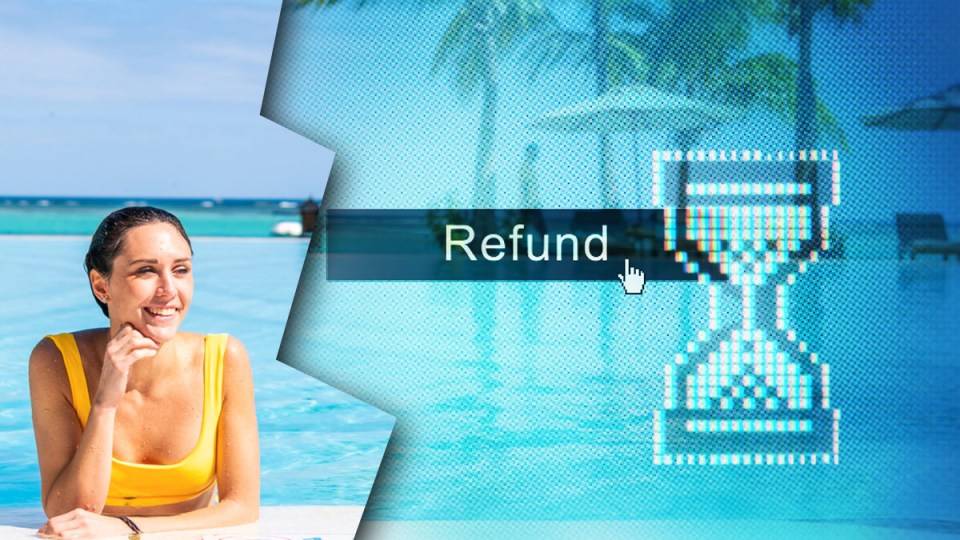 Australian travellers are waiting months for refunds on trips cancelled due to COVID-19. Photo: The New Daily

Thousands of Australians are still awaiting refunds from travel agencies months after their trips were cancelled as a result of the COVID-19 pandemic.

Disgruntled would-be travellers are flocking to online forums to share their frustrations about travel agencies taking months to process refunds.

And many have raised concerns over the lack of clarity and communication from their travel agents.

Customers are being kept in the dark on refund turn-around times, he said, and airlines are not offering enough assistance when travel agency customers contact them directly.

Former soldier Steve Hession, 52, is one of those customers.

In January, he went to Flight Centre to book a trip to Koh Samui in Thailand for his partner’s 50th birthday on May 24.

He subsequently paid his deposit and half the trip’s costs on February 3.

At the time, the coronavirus was beginning to grab headlines, but was still largely confined to Wuhan City in China.

By the beginning of April, infections were spreading around the world and the federal government had banned travellers from entering or leaving the country.

On April 26, Qantas cancelled his flights so he requested a refund from Flight Centre.

The travel agency said he would need to pay more than $1000 in cancellation fees despite not cancelling the flight himself.

Although Flight Centre later waived these fees after the ACCC took them to task, Mr Hession is yet to receive the $2002 he paid to the company as a deposit – 16 weeks after applying for the refund.

Flight Centre initially told Mr Hession they could not return his money as Qantas had not returned it to them.

But a member of Qantas’ customer support team has since told him that Flight Centre never paid Qantas for the booking in the first place.

Frustrated by their attempts to secure a refund, Mr Hession and his partner started a Facebook group called Flight Centre – Give us our refunds.

More than 7000 people have joined the group and shared similar stories to Mr Hession’s.

Meanwhile, Mr Glezer is hoping to speed up the refund process by calling on regulators to take action to ensure customers have full transparency over who has their money.

Flight Centre says it is doing its best to pay out refunds as quickly as possible amid a deluge of requests.

By August 13, the company had paid $500 million in full and partial refunds to customers across Australia.

A spokesperson told The New Daily “there is no doubt that Flight Centre’s 1800 retail staff who are processing refunds are dedicated to supporting their customers.

“There is only one goal for our business and that is processing refunds as quickly as we are able and returning money to our customers.”

But cancelling various parts of a holiday package – and getting customers’ money back from tour operators and airlines – is a “time-consuming and often complex” process.

“An average refund is expected to take around 12 weeks. However, some of our suppliers are, unfortunately, experiencing delays in getting those refunds back to us,” they said.

“Understandably, as the ‘face’ of the booking, our customers often express the opinion that we are holding onto their funds, and therefore should simply release them, however the situation is generally far more complex than this.”

Travel agencies and airlines’ ability to pay refunds has been significantly hampered by border closures, according to CHOICE travel expert Jodi Bird.

Since international travel was banned in March, agencies and airlines have been unable to turn a profit, making it difficult to put on staff to handle the unprecedented volume of refund applications.

“It’s now about 90 days from when you were due to depart to when you actually end up getting your money back.”

That doesn’t mean customers waiting for refunds should sit idle and wait. Ms Bird said customers need to be “patient, but persistent”, and follow up with their agent or airline.

This is especially true for customers of larger organisations, which often face higher bureaucratic hurdles.

Anyone who suspects they’ve been “hard done by” should also lodge a complaint with their state consumer affairs organisation, Ms Bird added.

“And often if you mention to your agent that you’ve raised a complaint with the consumer affairs body, they might give your case a bit more priority and take another look at it.”