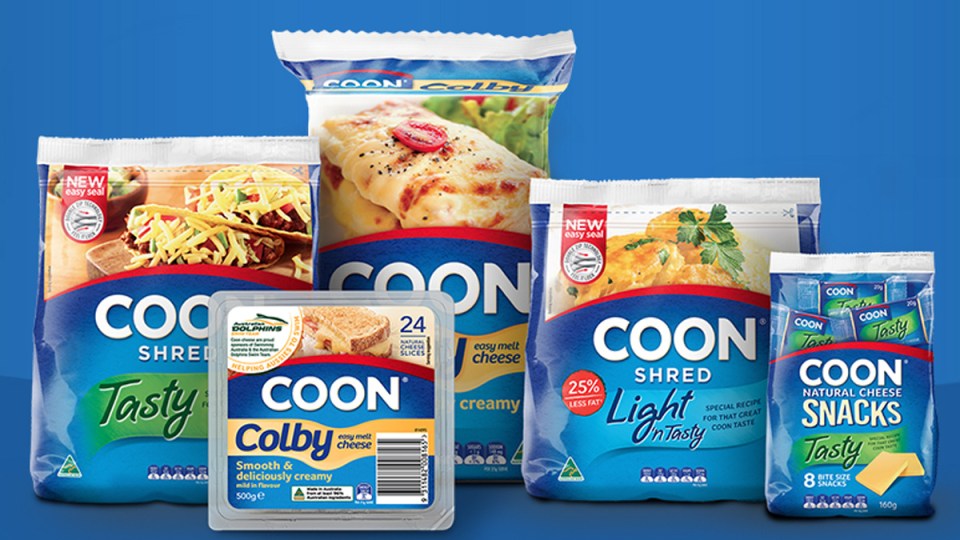 Is Coon, is gone ... The brand's owner says it will retire the name. Photo: Saputo

One of Australia’s oldest and most controversial brand names is about to disappear from supermarket shelves, with Coon cheese getting a makeover.

The brand’s Canadian owner, multinational conglomerate Saputo, confirmed on Friday it had decided to retire the brand name after complaints of racism.

“After thorough consideration, Saputo has decided to retire the Coon brand name.”

Saputo said the decision came after “a careful and diligent review of a sensitive situation”.

News Corp reported on Friday that the change came after Indigenous activist Stephen Hagan complained to the company. Dr Hagan – who also led the fight to dump the offensive N—er Brown name for a Toowoomba grandstand in 2003 – has campaigned against the Coon name for two decades.

Coon’s manufacturers say the cheese is named after its American creator, Edward William Coon, who patented a method – known as the Cooning process – for maturing cheddar. But it has long drawn associations in Australia with racist slurs.

“We believe we all share in the responsibility to eliminate racism in all its forms and we feel this is an important step we must take to uphold this commitment,” Saputo said.

The decision is the latest in a host of rebrands amid widening awareness of racially charged logos and marketing. In June, another food conglomerate, Nestle, said it would rename Allen’s Red Skins and Chico lollies.

“These names have overtones which are out of step with Nestle’s values, which are rooted in respect,” it said.

The owner of ice-cream Eskimo Pies had already said it would dump that name.

“We are committed to being a part of the solution on racial equality, and recognise the term is derogatory,” Elizabell Marquez, head of marketing for Dreyer’s Grand Ice Cream, said.

Quaker Oats’ Aunt Jemima brand has also gone, with the company saying it recognised the character’s origins were “based on a racial stereotype”, while Mars Inc is reviewing its Uncle Ben’s rice brand.

‘Racist’ cheese name to be dumped