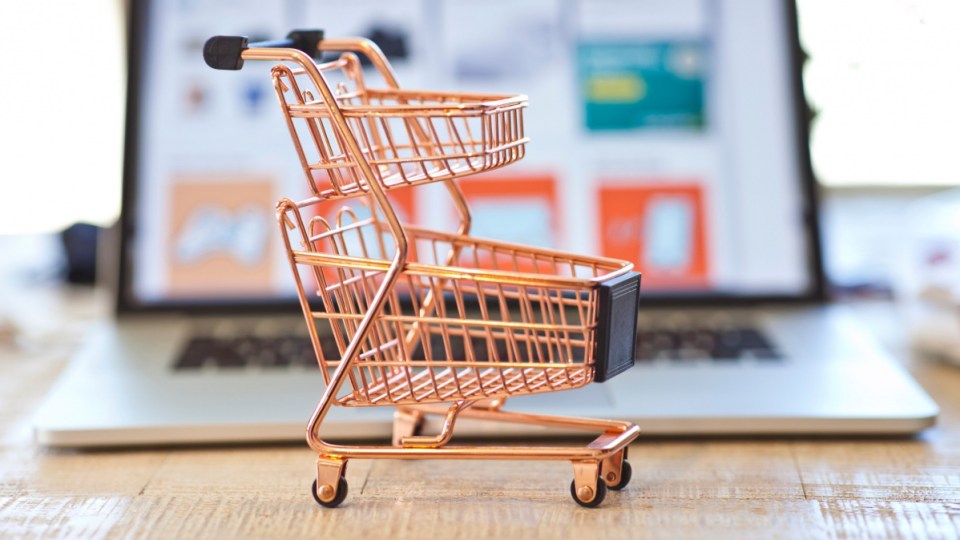 Spending has been turbo-charged by government stimulus payments but appears to be on track to normal nevertheless. Photo: Getty

Australians are spending almost 20 per cent more each week than they did before the coronavirus pandemic began, research has revealed.

However, the cash splash has been buoyed by taxpayer support packages, without which it would still lag behind pre-COVID levels.

Consumer spending has skyrocketed in July, with national spending for the week ending July 12 up 17 per cent on normal levels, according to data collected by illion and AlphaBeta.

That sizeable surge comes as official unemployment figures continue to trend upwards – rising to 7.4 per cent in June from 7.1 per cent in May.

A closer look at the data revealed two government support measures had driven the spending splurge. 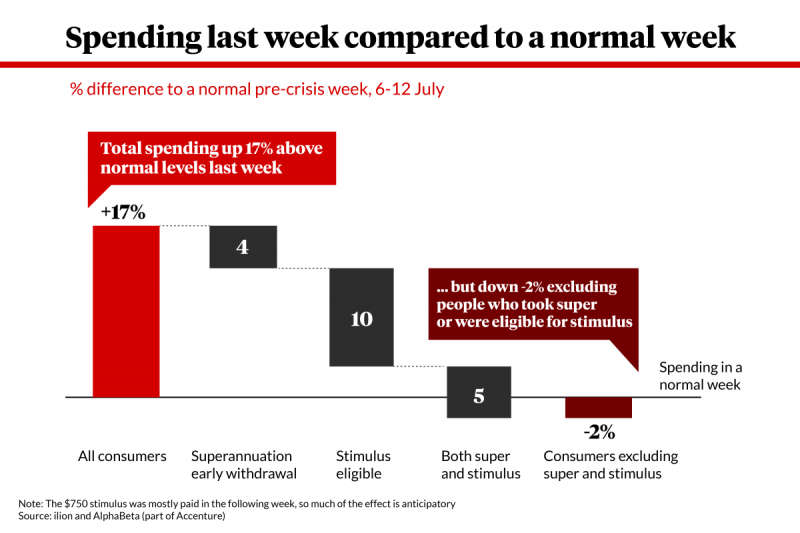 When Australians eligible for the federal schemes were removed from the sample, average spending fell 2 per cent below normal levels.

It suggests almost all the additional spending is attributable to these two programs, the two companies said.

And in a positive sign for the economy, the underlying data for those not receiving early super or stimulus payments suggests spending is tracking back towards normal levels.

“While super and stimulus payments have accelerated spending, we are now also seeing spending creep up to pre-COVID levels from those who did not receive such support,” AlphaBeta director Andrew Charlton said.

Although the national spending average is up significantly, a state-by-state breakdown shows Victoria lags behind the rest of the country by 15 per cent.

The second round of lockdowns across the state’s metropolitan region and nearby Mitchell Shire is expected to hurt spending further.

It’s noted that panic-buying across Victoria helped arrest the fall in spending, but another drop will show up in later data.

Even so, illion chief executive Simon Bligh said the situation is encouraging.

“Once Victoria gets through this second wave – and assuming it is contained within the state – we will almost certainly see spending increase across all states,” he said.

The increase in spending has not equally benefitted each industry.

Although Australians spent 54 per cent more at department stores last week than they normally would, other sectors suffered similar spending changes in the opposite direction.

Public transport has been one such loser, with spending 57 per cent below its pre-coronavirus norm.

The education and fitness sectors have also suffered significant declines, with spending in each of these categories down 35 and 25 per cent respectively.