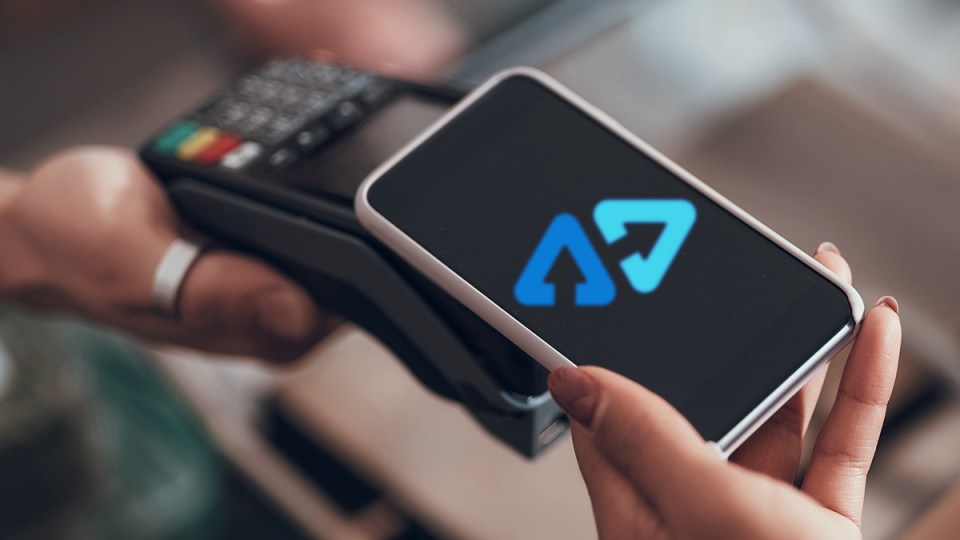 Consumers are making fewer ATM withdrawals and using Afterpay and other buy now pay later (BNPL) services more often today than they did during Christmas, new research has found.

Data from credit bureau illion and consultancy firm AlphaBeta shows Australians have rushed to BNPL platforms to improve cash flow during the coronavirus crisis, with the temporary closure of physical stores only adding to the momentum.

Consumers are spending less in each transaction, but making more purchases across a range of different channels.

“Their purchasing power is coming now from buy now pay later options, which allows them to pay over a period of time, while retaining cash flow.” 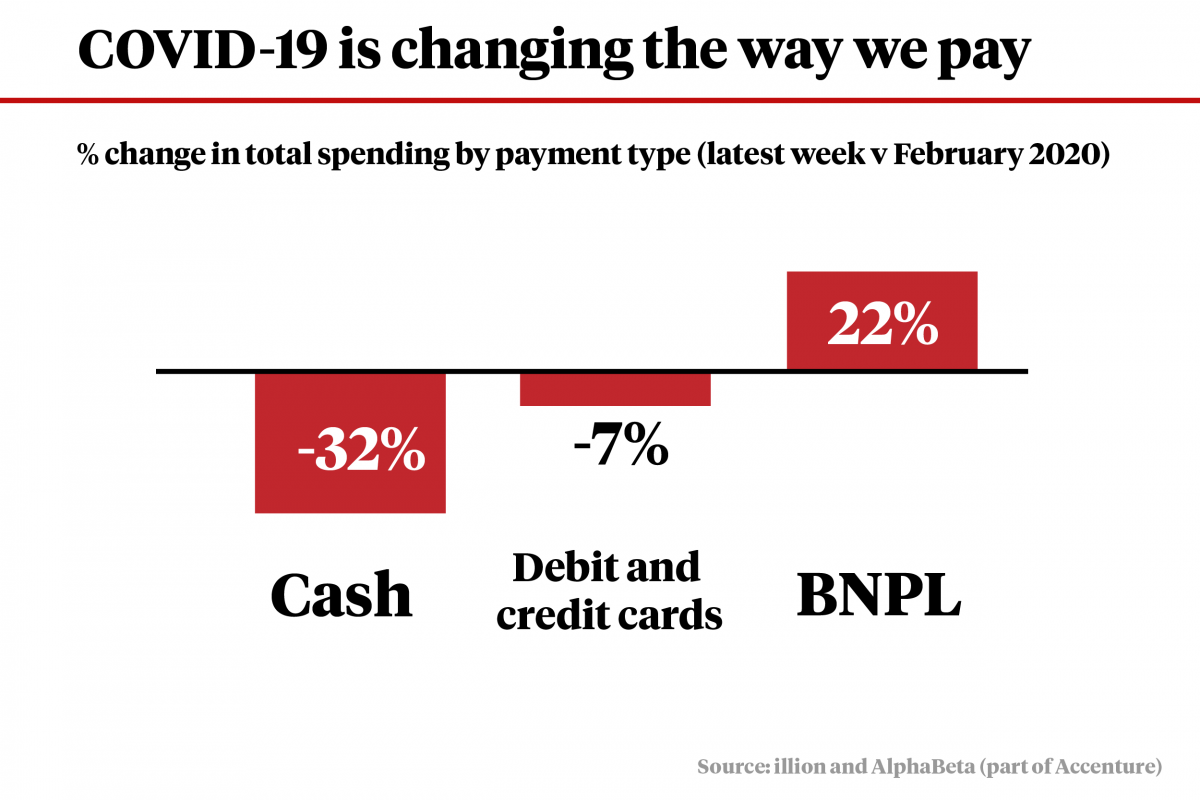 A separate survey of 350 BNPL users by Credit Simple, a part of the illion group of companies, found that more than a third of respondents (36 per cent) were using BNPL for the first time during the pandemic, and almost two-thirds (64 per cent) said they would continue using BNPL services once the pandemic subsides.

Meanwhile, the rapid uptake of BNPL has coincided with a 12 per cent fall in ATM withdrawals between November and April, as consumers ditch cash to limit the spread of COVID-19.

ATM withdrawals fell even further in the week April 20 to 26, plunging 32 per cent below a normal week in February, according to a real-time spending tracker developed by AlphaBeta and illion.

“What we see with this type of behaviour is certainly a new way of purchasing, which looks set to remain steady after this immediate crisis,” Dr Charlton said.

“With higher-income earners also embracing buy now pay later platforms with significant uptake, we are seeing an increase in a new consumer bracket.” 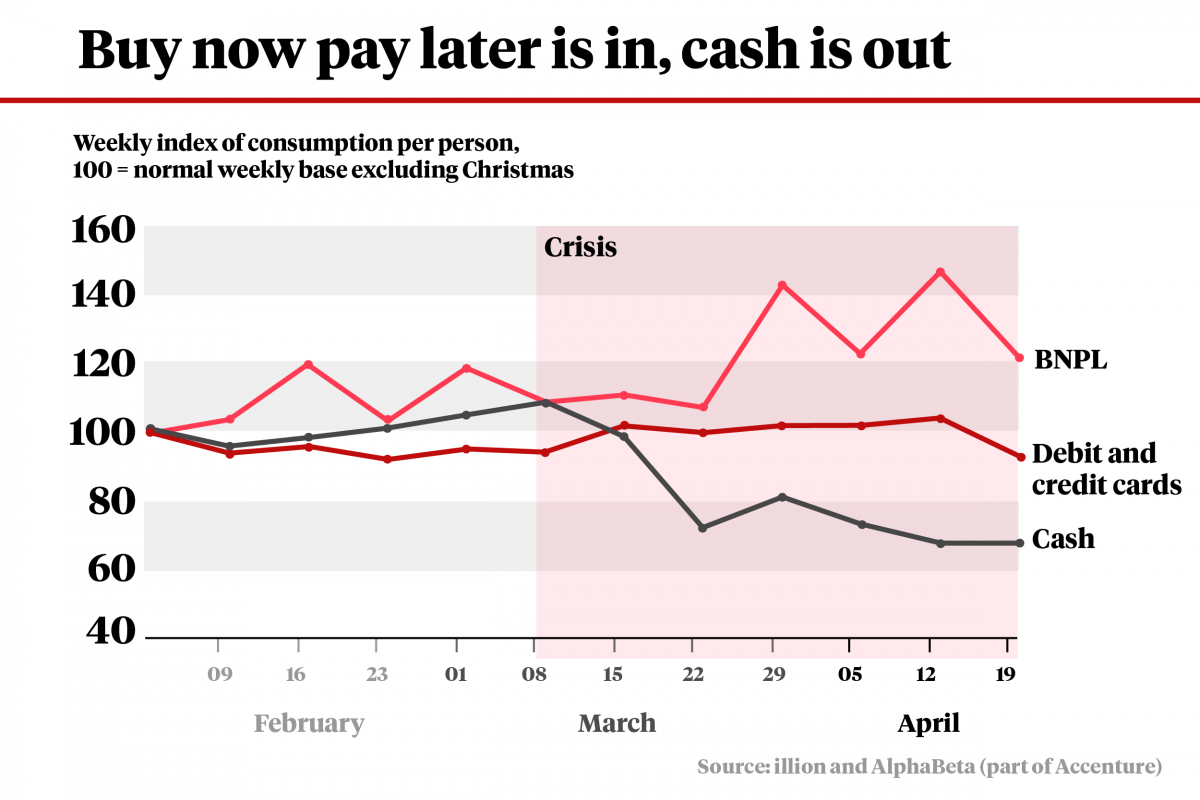 Afterpay data shows the top spending categories for BNPL are:

The release of illion’s spending data comes after Chinese tech giant Tencent bought a 5 per cent equity stake in Afterpay for $300 million on Monday.

The BNPL company lost $1.47 billion in value (33 per cent) in just one day after the coronavirus sent markets into a tailspin in March – with investors worried the pandemic would decimate consumer demand and lead to a spike in bad loans.

The company’s share price closed trading 24 per cent higher on Monday after the Tencent deal was announced.

Cash-strapped consumers flock to Afterpay and other BNPL providers