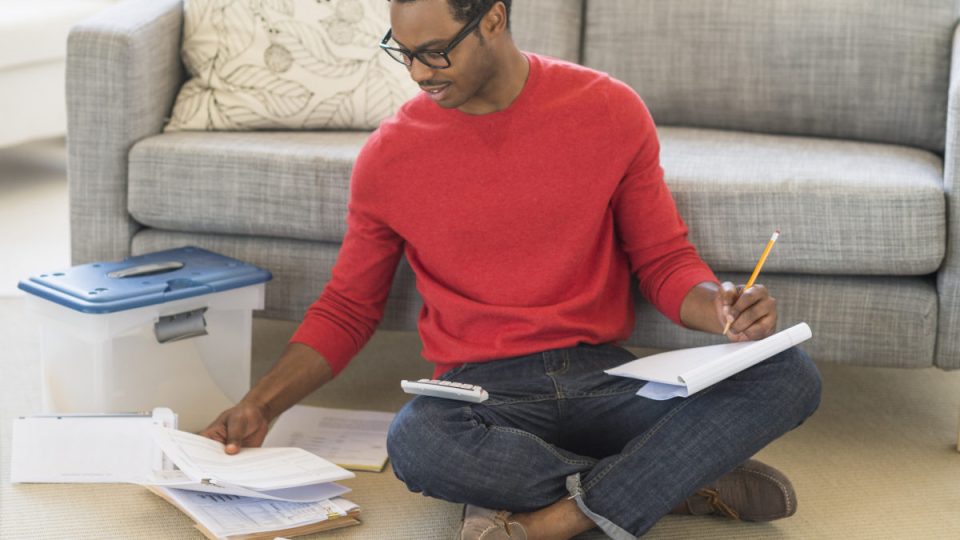 From consolidating your super to clearing out your pantry, there are a number of simple things you can do to get your life in order. Photo: Getty

Most of us use the start of the new year to take stock of the past 12 months and set goals for the upcoming year.

Changing longstanding habits or tackling tasks you’ve been putting off can feel overwhelming.

But there are a few relatively painless things you can do to help yourself get ahead in the new year.

While 2019 gave us the fallout of the Banking Royal Commission and big business scandals from wage theft to junk insurance, 2020 can be the year the balance tips back in your favour, Choice consumer advocate Jonathan Brown says.

Here is Choice’s checklist of five things you can do to improve your life in 2020:

“Too many businesses take advantage of your loyalty by charging you outrageously high prices over time,” Mr Brown said.

Start by checking whether you’re too much for the essentials: internet and phone, energy, banking, and insurance.

In 2020, get on the phone and demand better from your service providers,” Mr Brown said.

“Even calling just one or two of these providers can save you hundreds of dollars.

While shopping around to find the best deal is vital, Mr Brown warned consumers to be wary of commercial comparison sites.

“Commercial comparison sites are there to collect commissions or drive sales to their parent companies,” he said.

“Government or non-profit comparisons might look less flashy, but they’re much more trustworthy. Make sure you get advice from groups that care about your interests, not sales.”

Inactive superannuation is a big problem in Australia, with aproximately 5.6 million people – 36 per cent of all workers – holding multiple super accounts.

But it’s easier than ever to track down lost super and roll it into one acount, and it could end up saving you thousands by the time you retire.

“Consolidate your superannuation. You could be paying exorbitant amounts in fees and insurance you’ll never benefit from,” Mr Brown said.

The basic problem is that you may have more than one superannuation account and not even realise.

“The more superannuation accounts, the more fees and insurance you could be getting charged. MyGov and the Tax Office make it easy to consolidate your super into one account.”

“Pick one superannuation fund that meets your needs and stop paying double or even triple the fees.”

Australia’s private health insurance industry is in crisis, with Australians dropping their cover at record rates.

The cost of private health insurance continues to rise despite the industry receiving billions of dollars in government subsidies, and consumers are increasingly sceptical of the system.

In 2019 it was revealed that private health insurance customers were being overcharged by funds offering expensive, second-tier policies that cost more than rival funds’ top-tier coverage.

In April the government introduced a new system of categorising health insurance, which they said would make it easier for consumers to choose the right product.

However, Mr Brown said the system has left consumers “more confused than ever”.

“First, check whether you’re one of many Australians who’s been tricked into paying for health insurance you don’t need,” he advised.

For those who do want or need private health cover, swapping health insurance providers can net big savings.

For many Australians, heating and cooling their home is one of the biggest expenses.

A quick trip to the hardware store can change that, Mr Brown said.

“An afternoon performing some basic home upgrades could save you from exorbitant cooling and heating bills throughout the year,” he said.

“Insulate, seal and shade – these are cost efficient ways to reduce your reliance on power sucking cooling and heating. Insulation alone can make your house up to 35 per cent cooler.”

Making smarter food choices is one of the best ways to improve your health, but many argue that vested interests in the food and drinks industry have rigged the labelling system to make it harder for consumers to make healthy choices.

In August, a study by Deakin University’s Global Obesity Centre revealed that supermarkets enticing shoppers with massive discounts on junk food while leaving healthy items off the menu.

In October, Choice awarded a ‘Shonky Award‘ to so-called health food brand Freedom Foods for marketing a children’s breakfast cereal that countained 22 per cent as healthy.

“The start of the year is the perfect time to audit the pantry and check for sneaky things hiding in the nutritional panel on your food,” Mr Brown said.

“There are over 40 names for added sugar hiding on food labels and in 2020 Choice is calling for Health Stars on food packets to penalise these sneaky sugars.

“Until then, the new year is a perfect opportunity to clean out the cupboards” 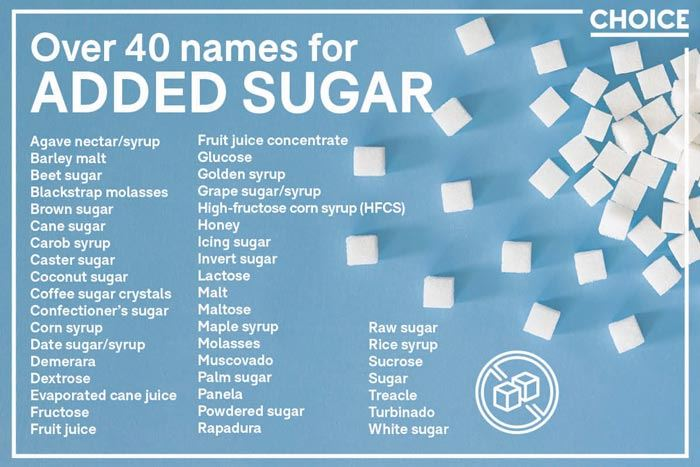