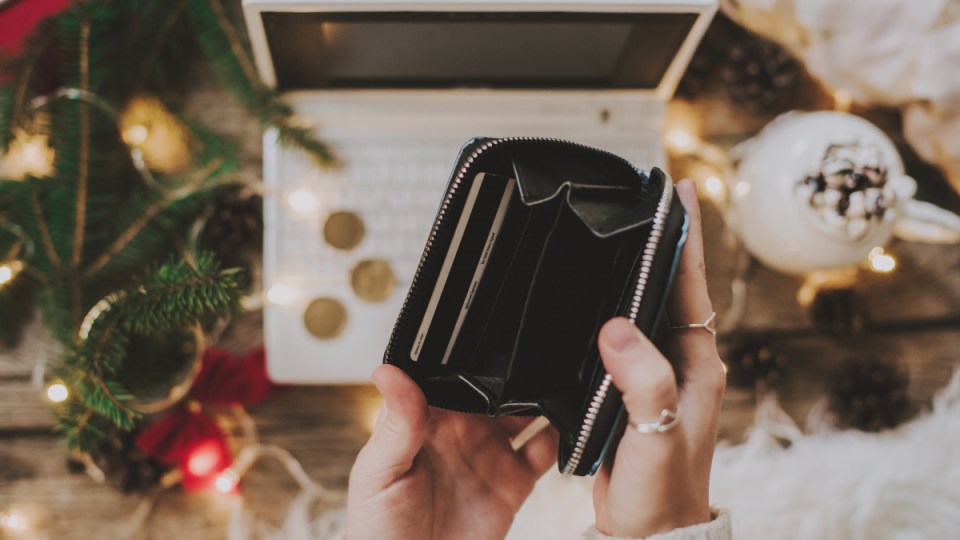 This weekend will see the biggest spending of the festive season. But don't expect consumers to go wild. Photo: Getty

More than two million Australians are delaying the bulk of their festive shopping until the weekend before Christmas.

New Commonwealth Bank research found roughly two million Australians (12 per cent of the adult population) were leaving their shopping to the last minute, and more than a quarter (26 per cent) were searching for discounts to reduce their Christmas spend.

The bank says this Thursday, Friday and Saturday will see the biggest daily spends of the season,

But the last-minute splurge will continue until Christmas Day, if last year’s numbers are anything to go by.

Australians spent more than $571 million on their credit and debit cards last Christmas Eve, dropped another $148 million on Christmas Day, and another $429 million on Boxing Day.

Most of that money was spent on groceries, insurance renewals and alcohol. 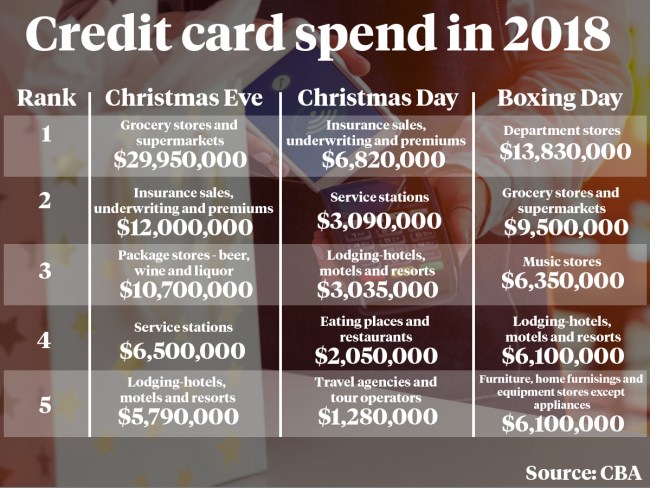 “We know those Black Friday sales in particular produced a big spending impact, which should sharpen the November retail sales data. But part of that is just spending that would normally have occurred in December,” Mr Blythe told The New Daily.

“So the bottom line is that we’re still expecting to see pretty weak growth in consumer spending, and weakness in retail will be a part of that.”

The CBA research comes after a disappointing year for the retail sector.

Despite annual population growth of 1.6 per cent, retail sales recorded zero growth over the first half of the year.

And, in the September quarter, household consumption dropped to its slowest growth rate since the beginning of the global financial crisis.

The slowdown in consumer spending came despite a $5.4 billion increase in annual tax refunds, prompting economists to claim the government’s low-and-middle-income tax offset had “zero impact on consumer spending”.

Consumers shut their wallets because they had too much debt and hadn’t been given a decent pay rise, according to Centre for Future Work director Dr Jim Stanford.

He told The New Daily earlier this month that people had used the government’s low-and-middle-income tax offset to pay off debt.

“People are worried about where the economy is going, so what did they do with the [tax offset]? They used it to pay off their credit card, or to put a little money aside, they did not spend it,” he said.

Because consumer spending accounts for roughly 60 per cent of the economy, it’s almost impossible for the economy to perform well when Australians tighten their purse strings.

And that means wages over the next few years won’t grow much faster than the current pace of 2.2 per cent a year.

That’s well below the historical average of 3-4 per cent, but it’s only a fraction under the 2.5 per cent that Treasury is forecasting for the rest of the financial year.

The Reserve Bank highlighted weak income growth as a major drag on the economy during its monthly meeting in December.

It’s hoping that the recent turnaround in house prices will make people feel wealthier and spend more as a result.

But stagnant wages and rising debt mean the economy will probably need more than another property boom to see a take-off in wages.

“We’ve pushed interest rates to record lows and look like we might even be taking them even lower, but there’s other policy options in Australia,” Mr Blythe said, adding that the government should spend more on infrastructure and bring forward the next round of tax cuts.

“If you think the biggest problem is the consumer and the income weakness behind it, then income tax cuts are an appropriate measure,” he said.

“But unfortunately it doesn’t look like we’re going to get anything on that front.”