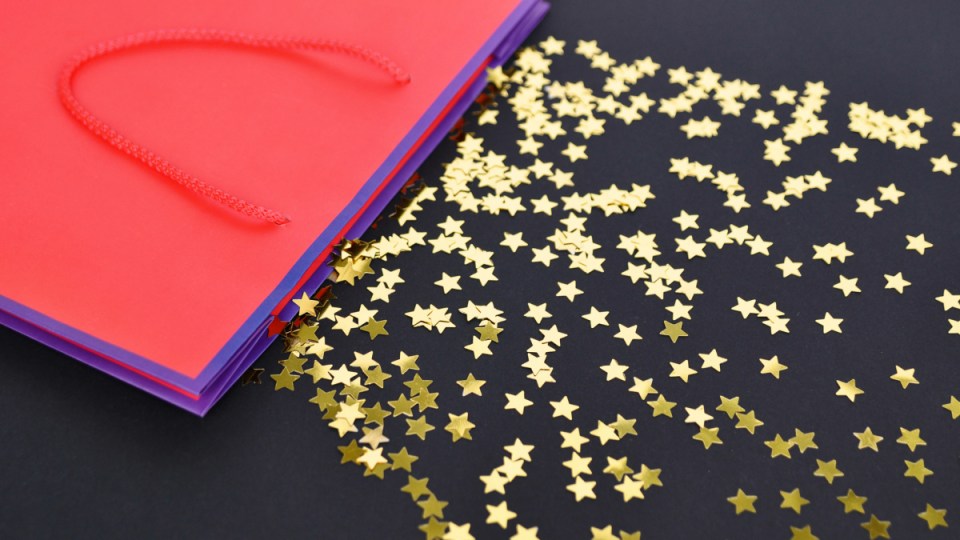 Doctors have warned parents to keep an eye on their little ones this festive season after a Queensland girl choked on a confetti star. Photo: Getty

From tinsel to colourful baubles, Christmas decorations are everywhere at this time of year, but one popular festive item has sparked concern.

Doctors have warned parents that sparkly confetti stars have proven to be a dangerous choking hazard for young children.

“Many a table will be laced with confetti stars and other paraphernalia this season,” Gold Coast University Hospital doctors Paul Heyworth and Ryan Shulman wrote in the Medical Journal of Australia on Monday.

“We believe the potential dangers associated with ingestion of these particular foreign bodies deserve attention.”

They described the case of a nine-month-old girl who came into the hospital after “a choking episode in which her mother noted some blood streaking in [her] saliva”.

Despite the choking fit, doctors could not pinpoint anything physically wrong with the girl and she was sent home, believing she had choked on her saliva.

But she was brought back to hospital two days later with increasing fever, cough, swelling and breathing issues.

She was diagnosed with bronchiolitis and received inpatient treatment for three days.

Doctors performed an emergency surgery and found a tiny plastic star embedded in her windpipe.

She was discharged after five days of intravenous antibiotics, with no further complications recorded.

Even though confetti stars are small and flexible, their pointy tips can get lodged in all kinds of places, Dr Heyworth and Dr Shulman wrote.

“The sharp points of confetti stars appear to increase the risk of lodgement in the upper aerodigestive tract, and their reflective surfaces attract the interests of young children with a propensity to place things in their mouths,” they wrote.

While uncommon, the potential for similar cases to present over these Christmas holidays exists.’’

A review of warning labels on confetti stars and similar decorations “may be prudent”, the doctors wrote.

The doctors’ warning comes as concern around the number of unsafe products on store shelves, and in Australian homes, grows.

There is currently no law prohibiting the sale of unsafe goods in Australia despite figures showing there are about 780 deaths and 52,000 injuries a year from consumer products nationally.

This amounts to a cost of at least $5 billion to the economy, including medical costs, lost wages and lost productivity.

Choice revealed in November that the number of unsafe products recalled in Australia has tripled since 1998.

Choice and the Consumer Action Law Centre are calling on the government to introduce laws to prevent unsafe products from being sold to unwitting shoppers.

“When you buy a product in Australia, it should be safe. Our product safety system will continue to fail us until this concept is enshrined in the law,” the submission said.

In September, Assistant Minister to the Treasurer Michael Sukkar, the government MP responsible for consumer affairs, declined to meet the mothers of two toddlers who died after ingesting button batteries, despite a slew of politicians accepting meetings.

Choice and CALC have been pushing for a general safety provision (GSP) to be incorporated in Australian Consumer Law for more than a decade.

“A proactive requirement for products to be safe, together with appropriate penalties for breaches, better aligns with international best practice and consumer expectations,” the consumer advocates’ submission to Treasury said.

There remains a persistent view among the community that products must be safe in order to be sold.’’

A survey by Choice found 93 per cent of Australians believe products sold in Australia are legally required to be safe.