Australians now owe more than two dollars in debt for every dollar they earn in income – and comparison site Canstar suggests our debt burden is only getting bigger.

The comparison site surveyed 2061 Australians about their spending and saving habits, and found 26 per cent of us are living beyond our means and spending more than we earn.

“It’s rather telling that 26 per cent of us admit that we’re living beyond our means. It says they’re going backwards financially,” he told The New Daily. 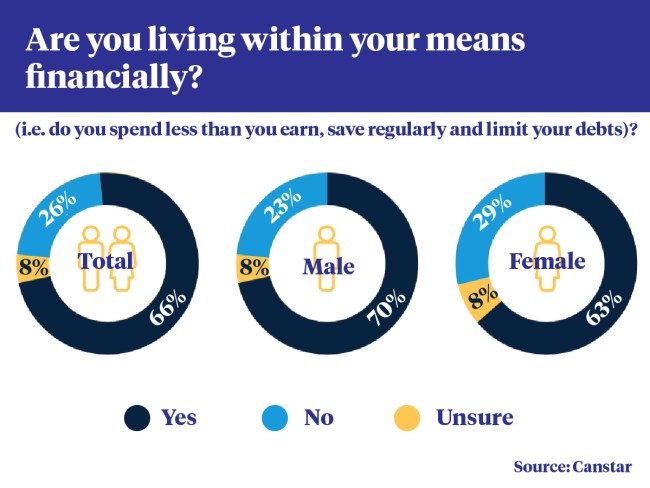 High spending levels mean those of us in the red have an average debt size of $50,000 – when home loans aren’t included.

And two-thirds of it is in the form of credit card debt, something Mr Mickenbecker described as “unhealthy”.

“Most Australians will say, housing is good debt, because you buy a house and it appreciates in value, and ultimately it adds to your long-term wealth. But most other debt doesn’t,” he said.

“Most other debt is just to finance things we don’t need, or to paper over the cracks of not having enough income for the things we do need.”

And it also shows customers are paying over the odds in interest. 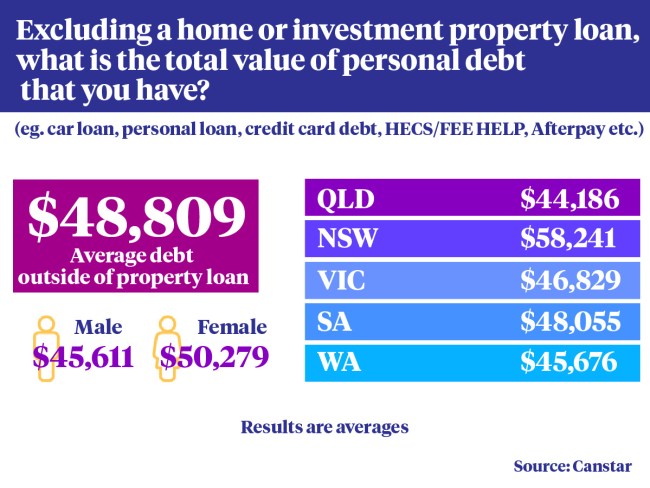 For certified financial planner Antoinette Mullins, though, the survey had even more troubling things to say about our saving habits.

Ms Mullins said that meant people were in an extremely vulnerable position.

“If you don’t live within your means and don’t have a buffer that you can actually pay away in savings for a rainy day fund, or an emergency fund, then your only source to dip into is a credit card,” she told The New Daily.

“And then something else happens and they don’t pay it off it in the interest-free period, and the result is interest charges that are ridiculous – close to 30 per cent in some cases.”

Despite record levels of indebtedness, Canstar found Australians were more worried about energy costs, expensive groceries, and the prospect of losing their job. 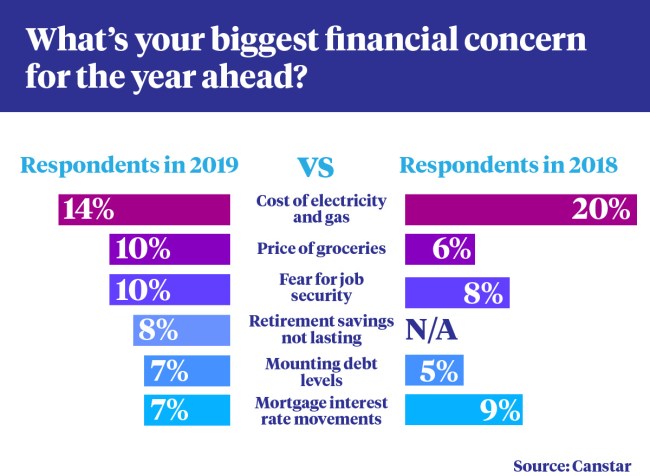