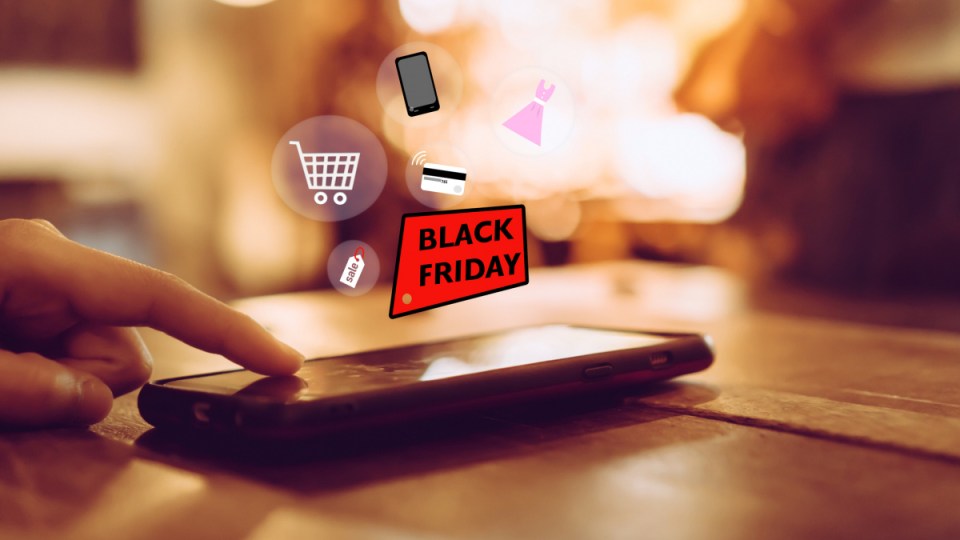 Black Friday is tipped to be the busiest online shopping day of the year. Photo: Getty

Millions of smartphone-wielding shoppers are set to swarm online shopping platforms in search of big discounts on Friday.

Black Friday (November 29) is part of a new wave of pre-Christmas online sales events including Click Frenzy and Cyber Monday.

Australians will spend nearly $53 billion from November 14 to December 25 alone, according to Australian Retailers Association (ARA) and Roy Morgan estimates.

Of that, more than $7.6 billion will be spent in the ‘other retailing’ category, which includes online sales.

From Black Friday to ‘Cyber Week’

Black Friday originated in the US, and happens on the Friday after Thanksgiving. It is followed three days later by Cyber Monday, with the entire sales period referred to as Cyber Week.

In Australia, interest in Black Friday surged in 2017 following the arrival of Amazon, with Google Trends data showing that searches for ‘Black Friday’ rose by 50 per cent between 2017 and 2018.

Australia’s adoption of the day has not come without controversy, though, with some arguing that the event’s name should be changed out of respect for victims of Victoria’s 1939 Black Friday bushfires.

In 2019, Black Friday is tipped to be the nation’s busiest online shopping day for the first time ever, according to eBay.

Australia’s biggest online marketplace expects to have 2.6 million visitors using its platform on Friday, including 1.9 million shopping on a mobile device.

Five gifts will be purchased every second, including a piece of jewellery every three seconds, a toy every four seconds, and an Apple product every minute, eBay said.

Retail Doctor Group chief executive Brian Walker attributes the popularity of online shopping to its “convenience, fulfilment, range, and the fact we can shop online 24/7 anywhere in the world”.

To avoid buyer’s remorse, Mr Walker said Black Friday shoppers should ensure they have done their research and “deal with reputable marketplaces, comparison shop, do platform searches, and really know a bit about what you’re buying”.

The start of the Christmas shopping season

“It’s become a significant marker for consumers, many of whom are choosing to bring forward their Christmas shopping to November,” Mr Ingrey said.

“For Aussie online retailers it’s an opportunity to capitalise on the larger-than-usual audience, forge consumer relationships and stand out from the crowd.”

As more and more retailers embrace the event, customers can afford to be picky about what they purchase.

“Anything less than seamless shopping experiences may see consumers abandoning their purchases and turning elsewhere”.

“It’s important to be aware of the tactics that retailers use to stop yourself from overspending or buying something you’ll later regret,” Dr Brown wrote in the Conversation.

“Price points and timescales are manipulated to maximise the purchases we make, so keeping in mind what you really need or want, as well as your budget, are key to surviving the shopping season without overspending.”