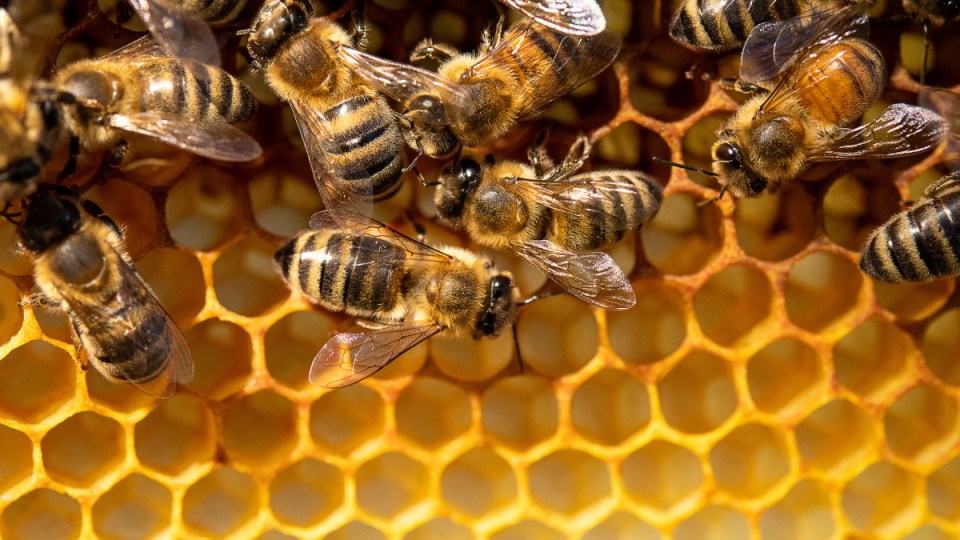 Shoppers will almost certainly be stung by higher honey prices as supply tightens and beekeepers struggle to keep their hives alive during what could be the worst season on record.

Honey output during the upcoming summer production period is expected to be as much as 30 per cent down on average, as drought continues to kill off pollen-producing trees in beekeeping regions across northern NSW and southern Queensland.

Hive + Wellness, Australia’s largest honey manufacturer and owner of the Capilano brand, says it expects supply to be as much as 3000 tonnes below an average 10,000-tonne year, as 98 per cent of its apiarists report being hit by drought.

Chief operating officer Ben McKee said increased competition for a smaller honey pool meant Hive + Wellness was now paying beekeepers up to $6 per kilogram for their product, as much as a dollar more than usual.

That will soon materialise on supermarket shelves.

“Our beekeepers have got to get better honey prices,” Mr McKee said.

“We’re the middle guy, so that is going to flow through to the consumers.”

Capilano is responsible for about 70 per cent of Australia’s honey production and relies on beekeepers across the country to keep the sweet stuff flowing.

Mr McKee says the company currently keeps about three to six months stock in reserve in order to avoid a repeat of the 2014 honey production shortage that left shelves vacant across the country.

“But we’re working of inventory levels that are getting lower and lower that are being impacted by years of severe drought,” he said.

“This year is bad, but it also comes on top of another couple of bad years.”

Drought conditions are so severe in some areas that apiarists are shipping their bees cross-country just to keep them buzzing.

“These producers are not trying to chase conditions to make honey, they’re moving bees from as far as Queensland to Victoria chasing nectar and pollen just to keep them alive,” Mr Mckee said.

Unlike livestock-focused farm industries, beekeepers won’t get cash from selling off their animals as pastures dry out, meaning expensive supplementary feeding with syrups and pollen is the only option if they want to stay in the game.

There’s also the increased risk of bushfires, which Mr McKee said is deterring many from relocating hives to state forests and national parks to some of the more productive coastal areas.

Bert Seagrave, an Emmaville based beekeeper from the New England region of NSW, said he was facing the worst honey production in his lifetime.

“We are working tirelessly just to keep our bees alive,” he said.

Even in the event of an immediate drought-breaking downpour, honey-making conditions aren’t likely to improve soon.

“Next year is already a concern, even if the rain does come,” Mr Mckee said.

“The trees take a long time to recover… some only flower once every two to three years, so it’s not as if things are going to turn around soon.”

“Every drought we lose beekeepers. It just becomes too hard,” he said.

“Quite often beekeepers run a family business families, and when things are tough can’t afford to keep the workers that work for them.”

Capilano was bought by private equity firm Roc Partners and Wattle Hill in a $200 million deal last year, having previously been listed on the ASX.

It changed its name from Capilano Honey Limited to Hive+Wellness Australia at the start of 2019.

The company’s sales took a hit in 2018 amid media reports on fake honey, despite the ACCC ruling the test method was not proven.

Honey prices to soar as supply dries up