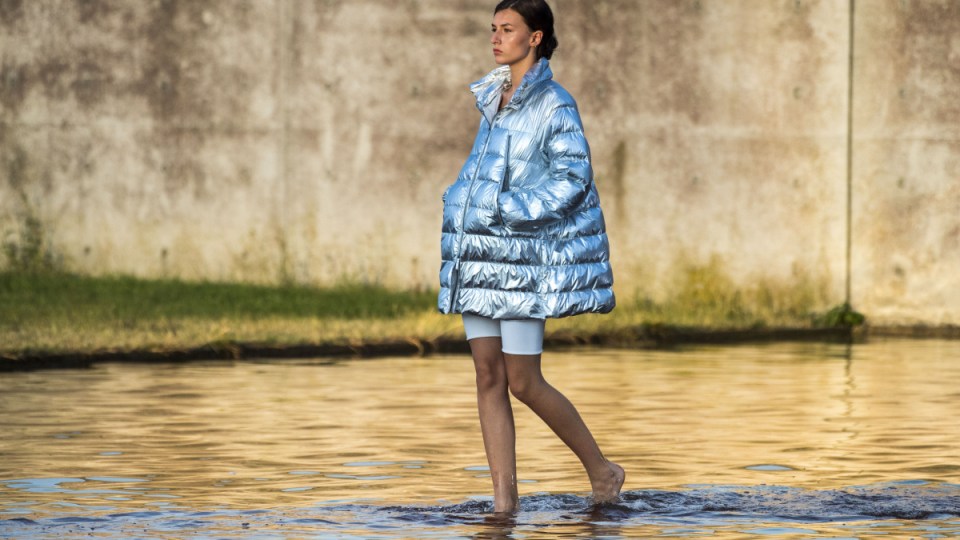 The puffer jacket is everywhere – on the streets, on catwalks. It's even been credited with saving ailing businesses. Photo: Getty

In 2015, Kathmandu was floundering with a 53 per cent reduction in profits.

Its new chief executive Xavier Simonet had just taken over, jumping in the deep end and shedding staff from the New Zealand-based company’s native and Australian headquarters.

By this time last year, Mr Simonet was proudly announcing a leap in profit growth, and a four-year-high share price.

And the credit goes to the puffer jacket.

Marketing experts and fashion journalists alike agree the humble puffer deserves praise for not only the survival of Kathmandu, but for a change in the direction for widespread fashion.

"Completely & utterly in love with Scotland". So are we Taniyah, the stunning mountainess views of Scotland's Isle of Skye even remind us of home in NZ. 📸 : @_tmry @cigorets

University of Tasmania marketing researcher Louise Grimmer said Kathmandu was clever to jump aboard the rising trend in athleisure and outdoorsy wear.

“I think also many of the designs that are coming from outdoor brands are much less ‘outdoorsy’ than they used to be and are suitable for everyday wear,” Dr Grimmer told The New Daily, who confessed the puffer jacket was the “uniform” of her home state of Tasmania.

“And the timing of this has been fortuitous for brands like Kathmandu, but I think they have cleverly responded to this trend and exploited it.

“I think the puffer jacket should definitely be considered as the one item that has really been the centrepiece of Kathmandu’s renaissance.”

Why is everyone wearing a black puffer jacket? from melbourne

Clements, who writes a weekly column for The New Daily, said the puffer perfectly balanced practicality and comfort, with an easy-wear street style.

“It flowed up to designer, actually,” Clements said.

“This is one of the times in fashion that practicality has won – it’s like jeans.

“They’re just so practical. They’re lightweight. They roll up easily. They travel well.”

High fashion has too found a soft-spot for puffers. At the recent Paris Fashion Week, Balenciaga strutted the exaggerated silhouettes on the catwalk.

Puffer jackets evolve and adapt as more technology becomes available, and it’s this evolution that has captured the interest of the high fashion world, Clements said.

“It’s fashion’s fascination with practicality, and then putting a designer spin on it,” she told The New Daily.

Elegance and essence. Moncler shot in Iceland by @ColeSprouse. _ #WEALLWEARMONCLER

Clements also pointed to Italian brand Moncler, which has been putting a fashion-forward spin on outwear for decades.

“They do a satin puffer – you can go out at night in Paris in your evening wear, and still be warm,” she said.

Mind you, a Moncler puffer will set you back at least $1100.

The wardrobe staple that saved a business