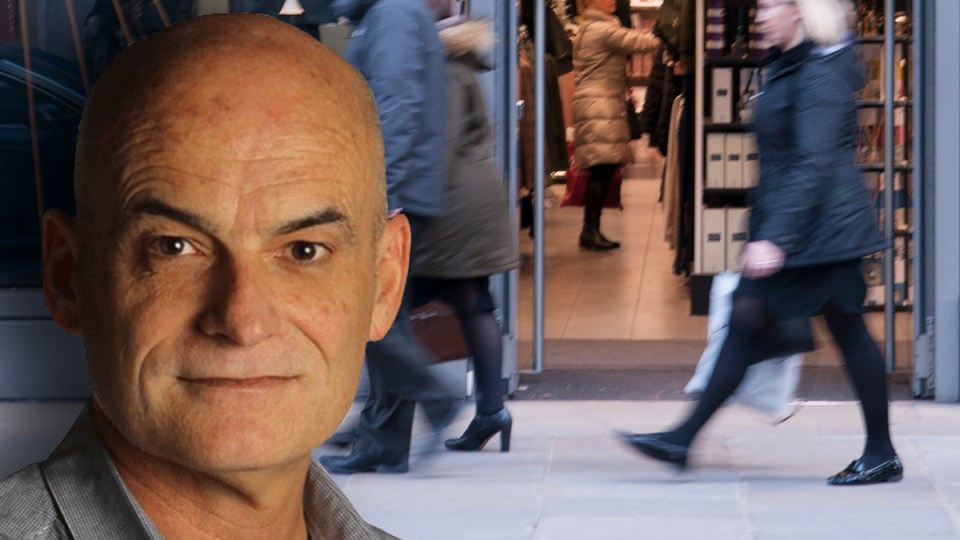 The shoes were a gift. Bad idea in the first place.

You know the rule. Buy an article of clothing as a present for someone and the laws of the universe will always conspire to ensure it is the wrong size.

So you grilled the girl behind the counter.

“I can bring these back and exchange for another size, right?”

“Absolutely,” she said, her attention focused on the text messages flashing on her nearby mobile phone.

“And you have plenty in stock in the next size up, is that correct?”

“Absolutely,” she said, stifling a yawn, her eyes transfixed by her phone and its constant suggestions from her boyfriend about where to meet for lunch.

“It’s a 40-minute drive back to this store in awful traffic, so I just want to make sure.”

Well, you know how this turned out. The damn shoes didn’t fit.

Back at the store there were no larger sizes in stock. No one knew when new stock would arrive. The girl who sold you the shoes was nowhere to be seen because she was out to lunch again with her boyfriend.

No one else seemed to give a damn. Getting your money refunded took longer than it should because of the usual “Oh, our computers seem to be running a bit slow today…”

Welcome to another lost day in your life, courtesy of what is laughingly called customer service in this country.

You can blame stagnant economic conditions and the online revolution for many of the troubles facing our big department stores like David Jones, Myer and Big W.

But surely the customer stampede toward internet shopping has also been hastened by often lackadaisical standards on shop floors and that all-too-often sensation of being treated like an idiot.

Last month David Jones announced the launch of a customer loyalty program that will “enhance our customer proposition” and deliver “better engagement with our customers”.

Achieving that – after the chain’s owner wrote down the company’s value by more than $400 million and cut 120 jobs from head office and regional stores – will require an epic feat of gymnastics beyond the capabilities of even the most double-jointed of elite athletes.

Note the cliched corporate jargon they used, too.

You would be hard pressed these days to find a company that does not boast one of those meaningless mission statements about how proud they are to be “customer-centric”, who strive to provide a “multichannel” or even an “omnichannel” experience for consumers in order to “empower” them and provide a “personalised experience”.

Drivel, all of it.

Australian business talks about the customer a great deal.

So it’s mystifying as to why so many rarely put their words into practice, which makes it hardly surprising to come across studies that find poor customer service costs businesses tens of billions of dollars every year.

Called your bank lately? Try counting the minutes as you press the numbers directing you to the relevant department.

How often do you sigh and shrug your shoulders and hang up, already defeated by the dreaded voice of an artificial intelligence program that proves the age of robot supremacy is still decades away?

Even worse, try calling a company with an overseas-based “customer satisfaction centre”, where there is a crackle on the line because they are using Alexander Graham Bell’s original handset and the person who answers your call is nearly inarticulate because they learned English watching Quentin Tarantino movies.

Retail businesses pretend to employ what they call cutting-edge methods when it comes to dealing with customers.

But perhaps they have instead been relying on a methodology promoted more than 70 years ago.

Back in 1944 the organisation that was the precursor to the CIA – the Office of Strategic Services – devised what it called the “Simple Sabotage Field Manual.” It was smuggled into Germany and distributed to as many of those living under Nazi rule as possible.

Employees, suggested the manual, should “work slowly. Think of ways to increase the number of movements needed to do your job: Use a light hammer instead of a heavy one; try to make a small wrench do instead of a big one”.

For those manning telephone switchboards, “delay putting calls through, give out wrong numbers, cut people off ‘accidentally’, or forget to disconnect them so that the line cannot be used again”.

Managers and supervisors were advised to be friendly to inefficient workers, give them promotions and discriminate against anyone showing promise, talent or ambition.

And for those of us who have ever worked in a large organisation, here’s an all-too-familiar scenario: “When possible, refer all matters to committees for ‘further study and consideration…attempt to make the committees as large and bureaucratic as possible …”

Now you know why you can never find staff in a store when you really need them. They’re out the back, studying the sabotage manual.

Last week I wrote to the shoe shop that so miserably failed me and complained about the incompetence I’d encountered. I would never return, I said.

A vanilla response came back apologising for the inconvenience and saying my complaint would be passed on to the area manager.

An hour later, another email arrived wanting me to rate the level of “support” I received during the complaint process.

Surely it would have been simpler to ask another question.

Are you being served? The answer for all of us is surely a profound “no”.

Are bricks-and-mortar shops really going out of fashion? Well, if the shoe fits …