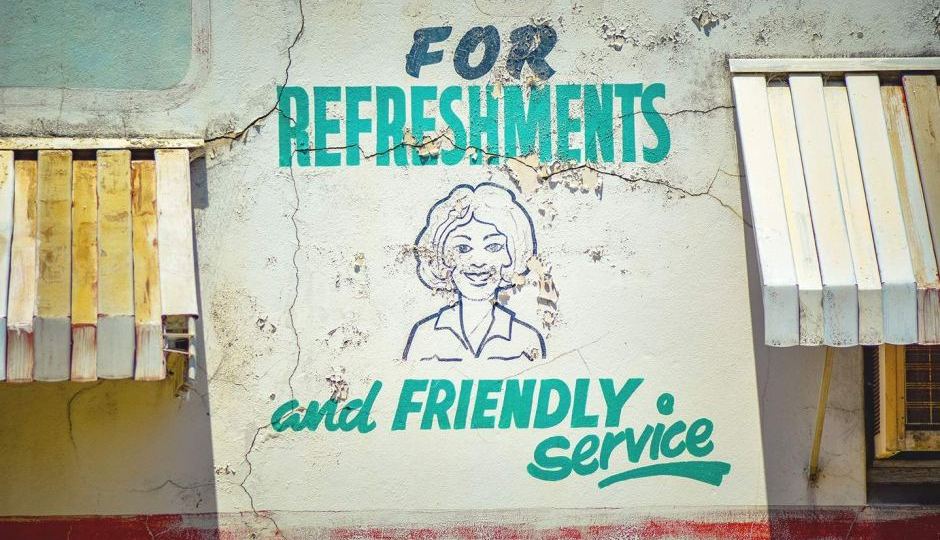 The neighbourhood corner store was once a colourful and vibrant hallmark of typical suburban life.

For decades, families would flock to the closest milk bar or deli, depending on where you are in Australia, to buy mixed bags of lollies, ice-cream, fresh milk and bread, or to pick up a copy of the daily newspaper.

But those days are all but over – supermarkets, petrol stations and on-demand smartphone apps have well and truly turfed out the local convenience store.

“They just can’t sustain the business – the rents are huge and if you don’t have that traffic and customer base then it’s really difficult to see it surviving.”

Take a walk in any well-established neighbourhood and you’re bound to find a building that was once a milk bar.

Many of those shops have been converted to homes or cafes, but a great deal of them sit empty, rusting away in the same communities they once proudly served.

Mr Donnelly said for himself and millions of others, a trip to the corner store was a part of growing up in Australia.

“Milk bars were a treasure trove or an Aladdin’s cave of lollies, sweets and ice creams and colour – that’s the thing everyone remembers,” he recalled.

It was that first taste of independence. It was the first place many people bought something of their own.

“It’s such a vivid Australian memory, going up to the milk bar on a Saturday with your friends and getting a couple of ice-creams and just hanging out for hours and hours, before social media and before phones.”

Greek entrepreneur Mick Adams is credited with bringing the first incarnation of the milk bar to Australia.

In the 1930’s, Mr Adams opened a shop in Martin Place in Sydney based on the American diner concept.

“It was very Hollywood style. It was really glamorous.

“Then all of these little corner stores in the suburbs thought, ‘We’ll sell milkshakes as well and we’ll put “milk bar” on the business’.

“Seventy years later, milk bar is just part of the vernacular now – we still call that little shop a milk bar even though you can’t get a milkshake anywhere.

“A lot of people think that the milk bar was named after the place where you just go and get your milk.”

Mr Donnelly said the milk bar was something uniquely Australian.

“Every country has their own version – New Zealand has their dairies, the USA has their Mom & Pop stores, in New York they have bodegas.

“But in terms of milk bars, it’s something that is really just 100 per cent we can call our own.”

“It was a way to get that migrant food culture into Australia,” he said.

“Before milk bars, the Greeks used to buy olive oil from the chemist – it was medicinal.

“They offer money transfers now, dry cleaning – a lot of the signage is being updated to other languages.”

Oil and gas giants turf out the little guy

Despite the downward trend, the convenience industry is still a massive money maker in Australia, raking in $8.6 billion last year.

But most of that income was raised by convenience stores attached to petrol stations owned by multinational oil and gas companies.

“They’ve continued to reinvent the model, continued to upgrade stores and, importantly, upgrade facilities and the products offered inside stores.”

“We’ve seen a demise nationally of the true community corner store,” he said.

“Many kept doing all the things they’ve been doing all the years, with stores that had not been upgraded, front windows plastered with phone card posters, dusty-styled dingy-type outlets, not opening extended hours.

“They really had to become smarter. They had to become more professional retailers – they couldn’t really rely on the old [method of] standing behind the counter and hoping people would cross their doorstop.

“It’s about continually innovating and changing the business – should I be selling coffee, offering fresh pastries, freshly baked bread, things like that, that will actually get people to the store.”

Mr Rogut said a recent challenge had come from the rocketing popularity of online on-demand services such as Uber Eats.

He said petrol stations now had a presence on those services, allowing people to order milk, bread and snacks direct to their door at any time they liked.

“We have anecdotes of people who at 10 or 11 o’clock at night will be ordering through Uber Eats a packet or two of Tim Tam biscuits,” he said.

“They’d pay for that, plus they’d pay a delivery fee, but for some reason they’ve got to have the Tim Tams now so they’re happy to pay the charge.

“It is certainly about convenience and on-demand with the mentality of, ‘When I want it, I expect to be able to get it’.”

Trading the desk for the deli

In 2016, Lisa Clarke quit her exhausting corporate job to fulfil a dream of owning her own small business.

She decided to take on a struggling general store in the small rural community of Little River, halfway between Melbourne and Geelong.

Ms Clarke said she wanted to replicate a traditional milk bar experience with a huge lolly counter at the centrepiece of the shop.

“When people walk in my shop they say they feel like they’re stepping back in time,” she said.

“A lot of people come in after fuelling up and see [the lolly counter] and say, ‘Thank God, my kids are in the car’.

“But then they’ll say, ‘No, I can’t let them miss out on this, I need to show them how we got lollies when we were children’.

Just to see the children’s reactions when they come in, it’s priceless.’’

Her business is sandwiched between three major petrol stations and she admitted the competition was tough.

“You’ve got wages and superannuation and that kills everything,” she said.

“On top of that you’re trying to make a profit to earn a living and it’s just so hard.

“I’ve always got to be cheaper than the big boys on the freeway.

“It is a big gig to try and make money. But I’m not here to make a fortune, I’m just here to put smiles on dials.”

End of an era

Mr Rogut said he expected many more corner stores to fold as petrol stations continued to expand their services and major supermarkets continued setting up shop in high streets.

“We’ve moved beyond just selling milk and bread. People do have other choices and they can buy them cheaper,” he said.

“The milk bars may support a community and they’ll support potentially a family running the business, but they’re not going to be a major chain and it’s not something that you’re going to make a million dollars out of.

“But there’s no taking away from getting a good deli or a good true grocer. The whole experience is what it’s about.”

Mr Donnelly said great customer service could be the key to survival for the shrinking number of corner stores that have managed to hang on.

The slow death of the Australian icon that is the corner store (or milk bar, or deli)