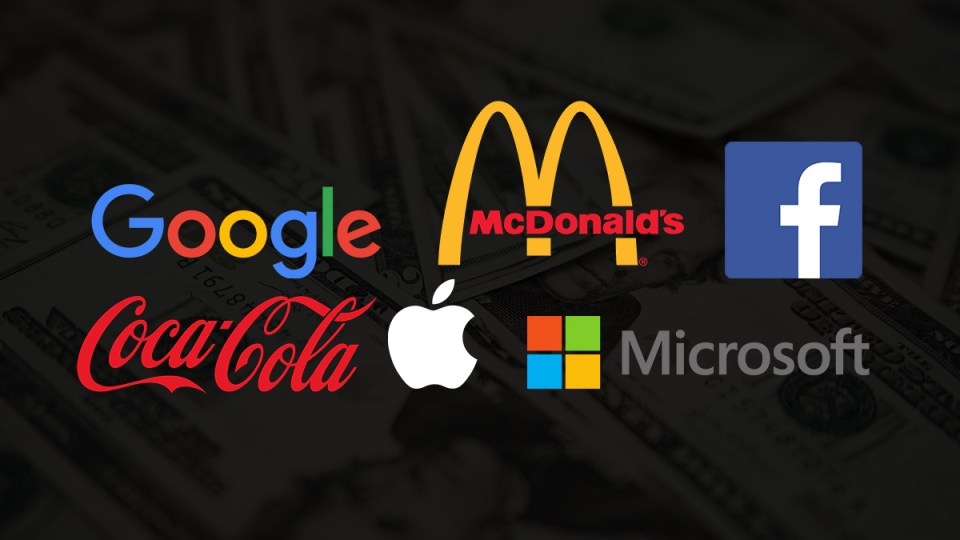 The world's most valuable brands have been revealed. Photo: TND

Apple has topped the list of the world’s most valuable brands for the ninth year in a row alongside a slew of tech titans.

The world’s 100 most valuable brands in 2019 had a combined value of $3.39 trillion, up 8 per cent over the past year according to Forbes‘ annual list released this week.

The list was dominated by US companies, which comprised 56 of the top 100, followed by Germany with 11, France with seven, and Japan with six.

The firm has clung to its crown despite a bumpy year and dwindling iPhone sales as more affordable smartphones from rivals including Huawei, which ranked 97th with a value of $8 billion (AU$11.64 billion).

Huawei is the world’s third-largest smartphone maker but remains a relative minnow in Australia.

Google’s parent company, Alphabet, made headlines recently after announcing that it would suspend its dealings with Huawei in instances where the transfer of “hardware, software and technical services” is involved.

The software giant was followed by Jeff Bezos’ online shopping empire Amazon in third place with a value of $97 billion ($AU 141.17 billion), representing a staggering 37 per cent rise over the past year.

Mark Zuckerberg’s social media powerhouse Facebook came in fifth place, but a slew of privacy and data scandals and growing antipathy towards the firm saw it take a hit, with its value falling 6 per cent to $88.9 billion (AU$129.1 billion).

Coca-Cola, Samsung, Disney, Toyota, and McDonald’s rounded out the top 10.

While the list showed that the world’s tech heavyweights are rolling in cash, earlier this month it was revealed that companies including Google, Facebook make billions in Australia yet pay a relatively minuscule amount in tax.

Biggest losers over the past decade

While Apple has managed to retain top spot over the past decade despite the death of visionary founder Steve Jobs in 2011, some firms haven’t been as lucky.

The fortunes of brands that once enjoyed household name-status have turned over the past decade, a comparison of Forbes’ 2010 and 2019 lists reveals.

Finnish telecommunications brand Nokia, a dominant force in the mobile phone market in the early 2000s, has been one of the biggest losers, falling out of the top 100 altogether after claiming 10th spot with a value of $27.4 billion (AU$39.86 billion) in 2010.

World’s most valuable brands 2019: How the top ten has changed over the past decade