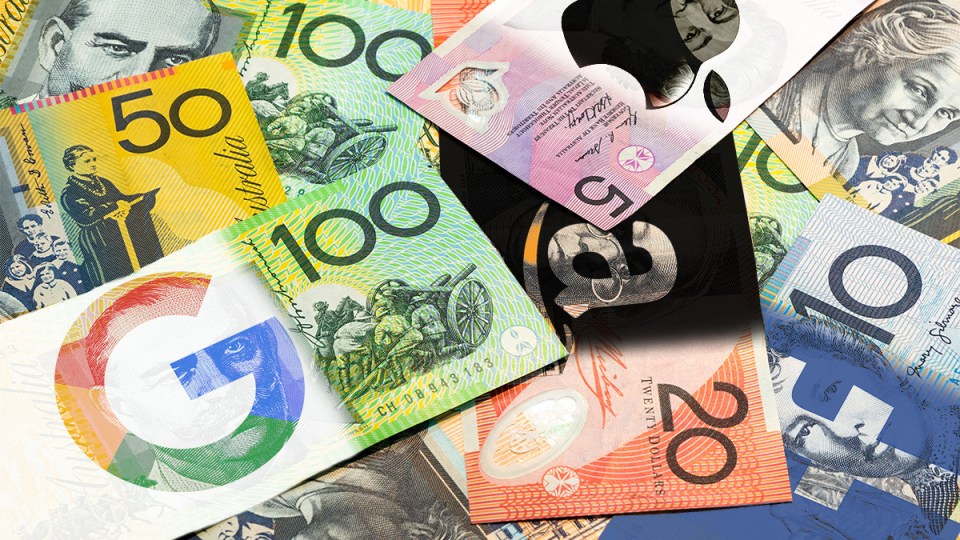 Majr technology companies could become big players in the banking and finance sector.

Apple’s new credit card could mark the first step in the tech sector’s long-awaited assault on the financial services market.

The card won’t available outside the US immediately, and a spokesperson from Apple could not confirm whether the company currently has any plans to bring it here, but Canstar financial services group executive Steve Mickenbecker said it wouldn’t be a surprise if it did.

“Apple being Apple, if it works in the US, it’ll make its way here. It’s inevitable,” he said.

Mr Mickenbecker said the card’s features wouldn’t mark a radical change to what’s already available in Australia, but the rewards program (which offers users a small percentage of their cash back each day) would make for an appealing proposal.

“The cash-back part of the offer looks pretty attractive, and it’s so straightforward that people will understand it. One of the issues that we have with the reward cards that are on our market now, is that it’s very difficult for a consumer to understand exactly what they’re getting.”

The idea of Apple launching a credit product might seem unusual, but Mr Mickenbecker said it’s a “no brainer” for large technology companies like Apple to try their hand in the finance sector, though most “have some brand work to do” before they can launch a successful venture.

“People have to be prepared to trust, and it’s all well and good to trust brands when you buy stuff online – there are protections when you use things like eBay – and it’s all very well to trust them to show you search results, but trusting them with your finances is another step,” he said.

Giving that trust to tech giants like Google, Amazon, Facebook and Apple might not be that large a leap for consumers, however, with research conducted by KPMG in 2017 showing 84 per cent of Generation Y Australians open to the idea of banking with a ‘tech giant’.

A poll of Amazon clients conducted by US-financial comparison site LendEDU similarly found that roughly half Amazon’s users would consider opening a bank account with the online retailer.

That same poll found that a majority of Amazon users believed the company had their best interests at heart – something few Australian banks can also claim.

Deloitte research found only 21 per cent of Australians believe the nation’s banks “have customers’ interests at heart”, and an anaemic 26 per cent believe those same banks will keep their promises.

The LendEDU poll, meanwhile, found almost 90 per cent of those surveyed believed (either very strongly or somewhat) that Amazon has clients’ best interests n mind.

Facebook, while not offering credit, launched peer-to-peer payments inside its messenger app in the US in 2015, with the technology being awarded a patent in Australia in 2018, though the feature is yet to be rolled out locally.

But perhaps the company closest to offering full banking services is Amazon, which the Wall Street Journal revealed in March this year is in talks with major US banks including JP Morgan Chase to to build a ‘checking account-like product’.

Banking on technology: How Apple and its ilk could dominate finance