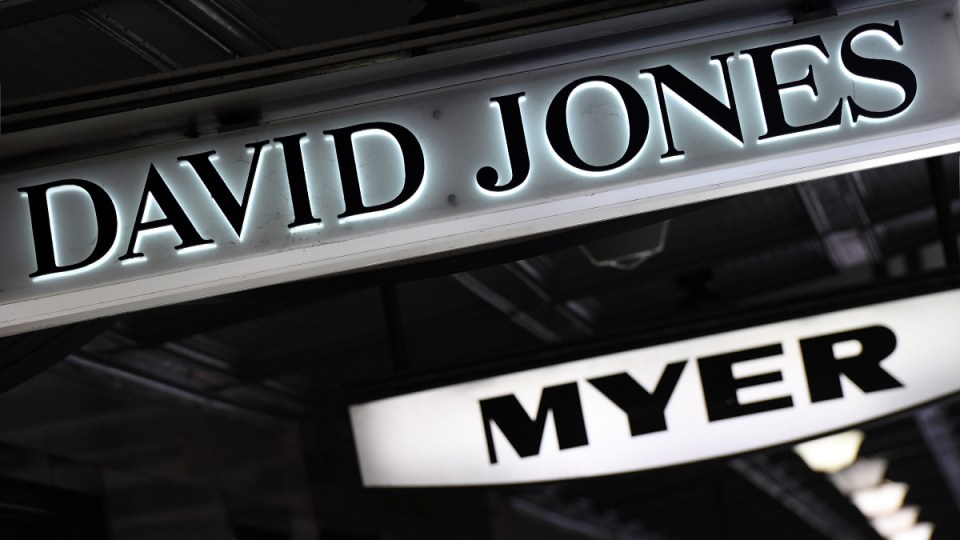 David Jones and Myer will be changing the brands on offer to customers over the next five years.

Myer and David Jones look set to overhaul their range of brands as the two department stores fight to remain competitive in the increasingly challenging retail market.

Over the next five years, both are expected to shift their focus to their own ‘private label’ or ‘house’ brands, owned, designed and produced for them, IBISWorld senior industry analyst Kim Do said.

“They’re trying to minimise brands that are sold in both stores, and this is just so they don’t cannibalise their own sales and lessen the competition between the two,” Ms Do said.

“Going forward, they’re expected to continue increasing their private label brands, which will also help with things like purchasing costs.”

Ms Do said the shift towards more exclusive brands will mean less overlap between the two and other retailers, giving each retailer its own clear product offering.

Some of the Myer house brands include Blaq apparel and Vue homewares, while David Jones offers a range of products under its eponymous label, among others.

The New Daily asked both Myer and David Jones to confirm that the shift to house brands will mean other well-known brands will be dropped, but neither responded to this question.

Myer flagged the addition of more than 20 ‘Only at Myer Brands’ (which includes their private label and exclusive brands) in its March half-year report.

University of Tasmania marketing lecturer Dr Louise Grimmer said it’s a good tactic as the two businesses have lost sight of their purpose in recent years.

“If you look at these department stores, particularly David Jones, they’ve struggled over the past few years with trying to position themselves and work out what it is they’re offering, and who they’re offering it to,” she said.

Many of the brands being offered by department stores can just as easily be purchased from high street specialty stores, Dr Grimmer said, and that’s a problem because the specialty stores offer a better customer experience.

“A store like Mecca, for example, has an incredible loyalty program as well, and I think the department stores just can’t match the atmosphere or the offering of those specialist stores,” she said.

“Myer and David Jones really need to inject the fun back into retailing in their stores. Walking into one of these stores today isn’t a very exciting prospect for consumers today. But if you walk into a Mecca or Scotch & Soda store you’re feted and given attention, and don’t feel like you’re a hindrance.”

Corner not turned yet

While greater differentiation and higher margins on house brands are positive steps for Myer and David Jones, both still face “underlying fundamental challenges”, Ms Do said.

IBISWorld predicts the nation’s department store sector will experience an annualised rate of growth of 1.1 per cent over the next five years – an improvement on the past five years of declines, but still only a crawl.

“In the short term, they’re expected to still struggle a bit,” she said.

“There’s just so much competition with discount department stores and other specialty retailers finding their niche, so they’ll struggle. But depending on how they roll out their new strategies, they could pull off a turnaround in five years.”

Myer has already started to see an uptick, posting a $38.4 million half-year profit in March after announcing an annual loss of $486 million in the preceding September.

But Dr Grimmer said the success of a shift to private labels will hinge on how well the retail titans can communicate the changes to their customers – many of whom have already turned their backs on them.

The big changes coming to Myer and David Jones