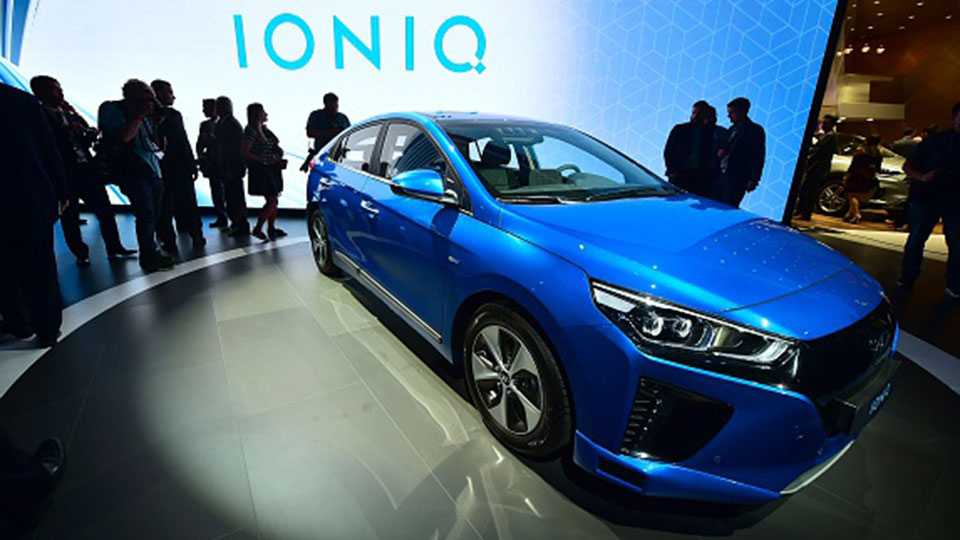 Battery electric vehicles have been the preserve of early adopters, techno-geeks and the rich in Australia. They have simply failed to attract any interest from mainstream car buyers.

The Hyundai Ioniq may change all that. It enters the market at just under $45,000, giving it the title of the cheapest electric car available in the country.

The Ioniq is the most significant commitment made by a major automotive brand in Australia to battery electric vehicles. It’s the cheapest electric car you can buy and it’s backed up by a plug-in petrol-electric hybrid version, which is also the price leader in its segment.

To complete the range there’s a hybrid model that directly attacks – and undercuts on price – the Toyota Prius.

How much does the Ioniq cost?

That’s not cheap, but considering most battery electric vehicles are coming from luxury manufacturers and cost more than $100,000, the Ioniq makes this technology available to a much wider group of buyers.

Ioniq has a five-year/unlimited kilometre warranty, an eight-year/160,000-kilometre battery warranty, and capped price servicing for all three models.

Service intervals are 12 months or 15,000 kilometres for all Ioniqs.

The battery electric vehicle costs just $160 a service out to 60 months, while both hybrids charge $265 for four of their five services and $465 at 48 months.

What does Ioniq get?

There’s no room in the boot for a spare tyre. A five-star ANCAP rating is expected.

Going electric means no more tailpipe emissions. If you plug your Ioniq into a green power source, then your contribution to Australia’s carbon footprint is further reduced. On top of that, electricity is cheaper than petrol so you are saving money every time you recharge rather than refuel.

Electric motors have the wonderful trait of producing maximum pulling power from zero revs, so the Ioniq is terrific to drive in the cut and thrust of city and urban traffic. Without a petrol engine, the Ioniq is also hush quiet.

You also quickly get sucked into the hypermiling game, where you see how much electricity you can recharge into the battery with careful driving.

The Ioniq has been retuned for Australian roads so it drives with a nice balance of comfortable ride and secure handling.

For all the hype about the improvements in range and recharging times for electric vehicles, it still takes a lot longer to refill a battery than a petrol tank. A fast charger can do it in about 20 minutes, but it is many hours plugged in at home.

It’s about 230 kilometres between refills, so it’s best to plan ahead, because you’ll be stuffed if you end up out of juice by the side of the road somewhere.

The Ioniq has a very sleek aerodynamic shape, but that costs passenger headroom in the rear seat. The boot would also be bigger if not for the storage battery.

Looked at without context, this is just an expensive small car with a short range and a slow refuelling system. On that basis it’s not a good buy.

But if you see the value in green motoring, can sort your recharging out so you’re not left with a flat battery and can perceive this as a cheap electric vehicle, then the Ioniq electric is worth serious consideration.