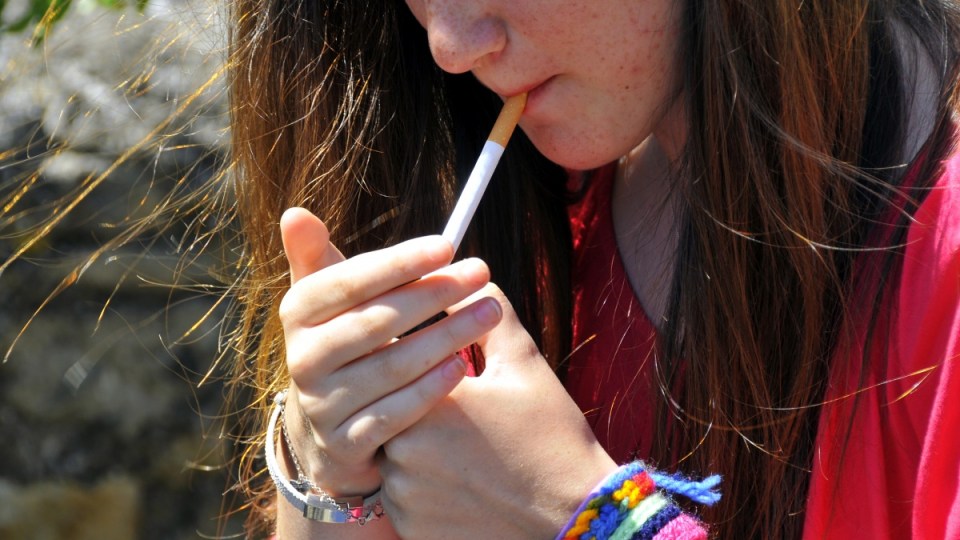 Tobacco companies are cashing in on the flavoured cigarette trend. Photo: Getty

Teenagers are being lured to smoke cigarettes flavoured with menthol and clove in a “disturbing” new trend, according to smoking prevention experts.

As smoking rates continue to decline, tobacco companies are looking to new products including e-cigarettes and cigarettes with flavoured cigarette capsules.

Flavoured cigarettes are now the fastest-growing segment of the traditional (combustible) tobacco market, with research from the British Medical Journal’s Tobacco Control journal revealing the product’s popularity is “growing exponentially”.

Tobacco giant Imperial Brands cited the “strong growth” in the capsule and crushball segment in a webinar transcript dated July this year.

These ‘cocktail cigarettes’ typically have one or two flavoured, liquid-filled capsules embedded within the filter at one end of the cigarette.

The capsule is squeezed between the index finger and thumb to release a shot of the flavour which is designed to mask or dull the harsh flavour of cigarette smoke.

Public health expert Dr Becky Freeman compared a flavoured cigarette to a mixed drink – a vodka and raspberry cocktail to cover the strong taste of the spirit.

In Australia, cigarettes with fruit or confectionery flavours such as berry and chocolate are banned, but menthol, clove and mint flavoured cigarettes remain on the market.

The Cancer Council’s smoking support program ‘Quit’ on Monday urged the government to ban all capsule cigarette products, claiming they are targeted at young people as more “palatable” cigarettes.

Such a ban has been enforced in Canada, Ethiopia, Senegal and Uganda. The products will also be banned in Brazil by March 2020 and across much of Europe by May 2020.

Last week, Otago University (NZ) research revealed that young non-smokers are more than three times as likely than smokers to experiment with a flavoured cigarette than a standard cigarette.

Preference for flavour capsule cigarettes has increased significantly, with Australians aged 18 to 24 being the most likely to prefer capsule products, and more than half of past-month smokers aged 12 to 17 years old have reportedly tried a capsule cigarette.

Menthol cigarettes are not a new product and have been around since the 1930s. They were, ironically, originally promoted as a ‘medicinal’ cigarette to be used to supposedly soothe a sore throat.

More recently, flavoured cigarettes have been marketed with terms such as ‘fresh’ with healthy associations.

“These products are targeted at young people because it gives the cigarette a less harsh flavour and makes it easier to smoke,” she said.

“There is a perception that it’s less harmful and people describe it as ‘cleaner’ and less harsh in taste compared to a standard cigarette.

“If banning them would mean one less group of young people attracted to smoking, it would be worthwhile.”

Dr Matthew Rimmer, an innovation law expert with a research interest in tobacco control, said the consumer trend toward these products is “disturbing”.

“Tobacco companies are investing in so-called innovation and are experimenting with ways to get around regulation,” he said.

A spokesman for the Department of Health told The New Daily it was considering this issue as part of the development of the next National Tobacco Strategy.

He said: “There is currently no national approach to the regulation of cigarette capsules … apart from some state and territory government legislation prohibiting fruit-and confectionery-flavoured cigarettes”.