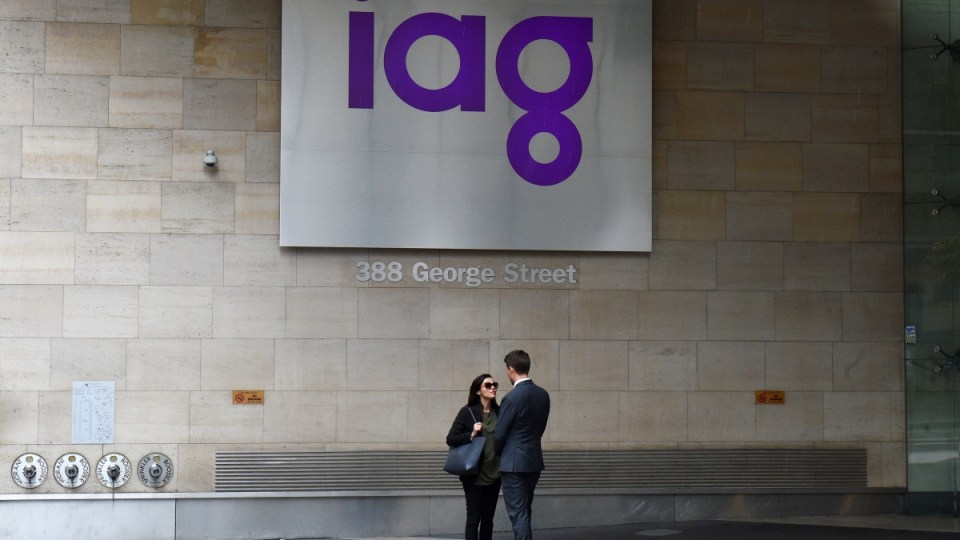 IAG is the biggest general insurer in Australia, but you don't hear or see much of it. Photo: AAP

Supermarket giant Woolworths made headlines this week when it emerged that it had mis-sold life insurance to a woman on a disability pension who could not afford it and did not understand what she was buying.

It was yet another ugly case in a seemingly endless string of misbehaviour by financial services companies.

But hang on. What is Woolworths, a supermarket chain, doing selling insurance?

The New Daily decided to look into this question. What we found, while well known in business circles, was pretty interesting and probably not understood by the majority of Australians.

In short, Woolworths is most certainly not an insurance company. It is simply an insurance retailer that sells another company’s insurance under its own brand – kind of like its ‘private label’ peanut butter.

And Woolworths is not alone. Arch rival Coles also presents itself as a financial services provider, but is really nothing of the sort. Australia Post and Myer do something similar.

What they are is essentially insurance brokers, leveraging their brand and reach to sell another company’s insurance and collecting a commission – about 10 to 20 per cent – from that insurer.

In that sense they are no different from the plethora of online insurance brokers you’ll find on comparison websites – there are dozens and dozens of them.

But underneath this vast array of different insurance companies and products, there is really only a small handful of companies actually providing the insurance.

In fact, just four companies account for three-quarters of the market.

The biggest of these is Insurance Australia Group, or IAG. This company is a veritable giant, accounting for 29 per cent of all the general insurance sold in Australia.

Most of its insurance is sold under other brands such as Coles, NRMA and CGU.

Just behind IAG is Suncorp Group, which underwrites 27 per cent of the general insurance policies sold in Australia. It owns a large number of brands – including AAMI, GIO and Bingle – as well as selling products under its own brand.

QBE is third on the list, with 10 per cent of the market, followed by Allianz, with 8 per cent.

Westpac and Commonwealth Bank together account for 13 per cent of  general insurance policies. The remaining 12 per cent is made up of Youi, RACQ, RAC, Auto & General, Chubb and Hollard.

When you buy Woolworths home and contents insurance, you are really buying insurance from small insurance company Hollard.

If you buy Coles car insurance, it’s really being provided by IAG, via its subsidiary – just to confuse matters – Insurance Australia Limited.

Even companies you’d expect to underwrite their own insurance policies use third parties. Health insurer BUPA, for example, sells home and contents insurance under its own brand, but it’s really underwritten by IAG.

In other words, if you look under the bonnet, the world of general insurance is not what it seems. It is complicated and opaque, and all roads lead to that handful of major companies.

While this is all intriguing, does it actually matter? Are consumers getting a raw deal by this lack of transparency?

The New Daily compared a number of insurance policies marketed by brands that use the same insurers, using consistent input criteria. It soon became clear that price differences between products could vary from just $10 to as much as $200.

For example, comprehensive car insurance for a 30-year-old man with a 2013 Toyota Corolla that travels less than 5000 kilometres a year costs $849 through Australia Post and $696 with Budget Direct, despite both using Auto & General Insurance and nominating the same excess value.

Travel insurance for a two-person holiday to New Zealand from December 3 to December 14 cost $139, $148 or $148 via AAMI, Suncorp and GIO respectively. All are provided by Suncorp Group.

This is despite the more expensive option offering less cover for emergency boarding, consultation, paralysis tick and cruciate ligament, and a lower annual benefit limit.

Leading insurance expert Allan Manning said that some insurance policies can be “word-for-word” the same, with differing cover and price points while others can vary substantially.

He said “it is a concern” that there are so many brands, with the vast majority underwritten by the same companies.

People who don’t know what they’re doing are selling insurance.

“In a nutshell, the reason they’re selling it is because they get a commission. That just worries me,” he said.

“It is another form of income for them. The trouble is that the products are not homogeneous and the wrong product can ruin a person financially and or emotionally.”

The hidden companies behind Woolworths and Coles insurance