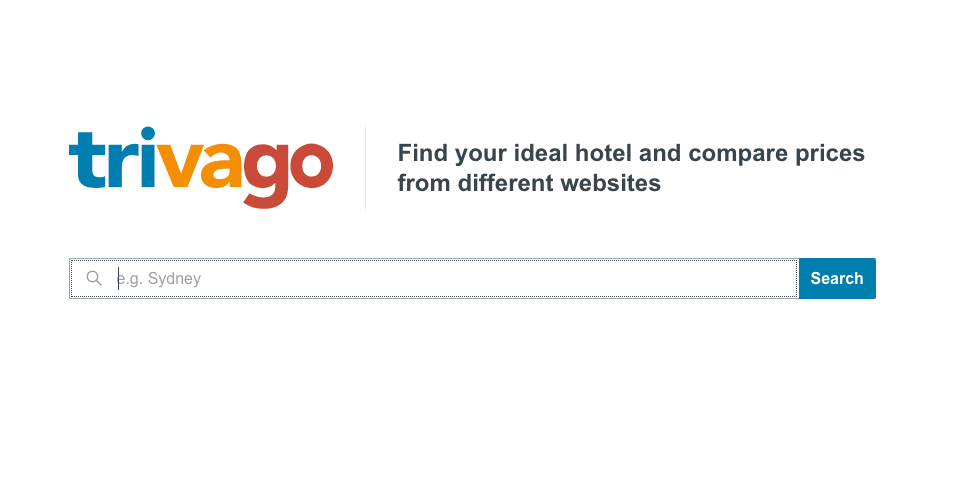 The ACCC has taken action against trivago. Photo: Trivago

Hotel comparison website Trivago has been accused of misleading Australian consumers about its cheapest deals.

The Australian Consumer and Competition Commission, which is suing the company in the Federal Court, claims Trivago displayed misleading information in TV advertisements and on its website.

It alleges the Expedia Group-owned website advertised itself as an “impartial price comparison service” from December 2013 to April 2018 that would help consumers identify the cheapest prices for hotel rooms.

These ads were understood to have aired 400,000 times.

Meanwhile, Trivago prioritised advertisers who were willing to pay the highest cost-per-click fee above other listings.

Trivago’s website aggregates deals and available rooms offered by online travel sites such as Expedia, Hotels.com and Amoma. It then highlights one price from all listings advertised.

But the ACCC claims that “in many cases the highlighted price was not the cheapest available”.

Trivago’s main source of revenue is the cost-per-click payments it receives, where advertisers are charged a fee each time a user clicks on one of their offers, according to the ACCC.

The ACCC also alleges the online ‘strike-through price’ comparisons were false or misleading because they often compared the price of a standard room with that of a luxury room at the same hotel, creating a false impression of savings.

Data uncovered as part of the watchdog’s investigation revealed consumers “overwhelmingly” clicked on the most prominently displayed offers for each hotel – those highlighted on the webpage.

“We also allege that by not making genuine room price comparisons, consumers would likely have paid more than they otherwise would have for the same hotel.

“Further, hotels may have lost potential business as a result of this alleged conduct.”

He said it should serve as a warning to other comparison websites to be more transaprent about their practices.

“We are very concerned that such platforms convey an impression that their services are designed to benefit consumers when, in fact, listings are based on which supplier pays the most to the platform,” he said.

“Businesses must ensure the nature of search results, such as if they are sponsored or paid for, is made clear to consumers or they risk contravening the Australian consumer law.”

A Trivago spokesman said it is the company’s priority to help Australian travellers find their ideal hotel.

“We are disappointed by the action the ACCC has chosen to take in relation to Trivago and will vigorously defend our interests.”