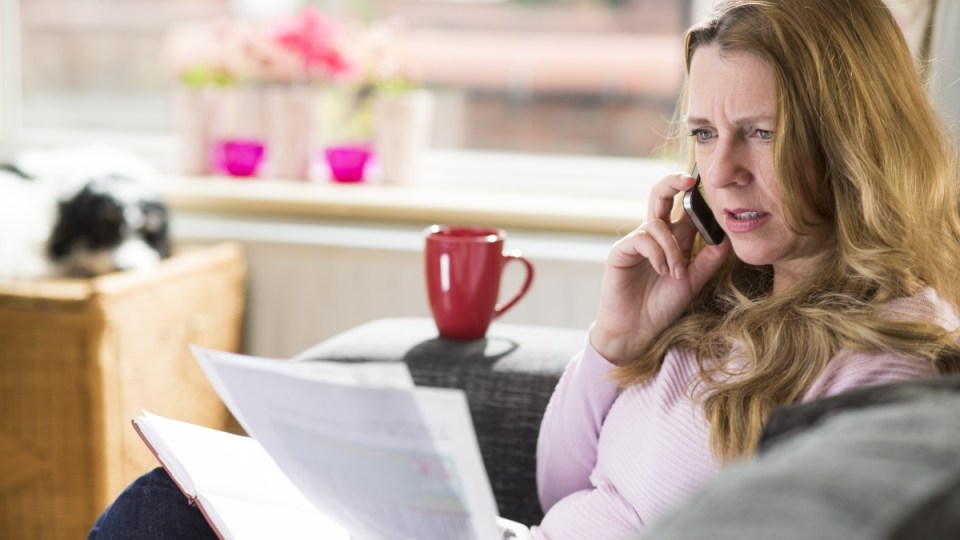 The telco providers to switch to for better customer service. Photo: Getty

Australian consumers are tired of the big telcos leaving them on hold for more than an hour at a time, as Virgin Mobile and Vodafone outperform Telstra and Optus on customer service.

It takes 13 days on average for a telco to resolve an issue. It blows out to an average of two months in the case of more complex issues, according to communications consumer group ACCAN’s report Can You Hear Me.

“The industry should be ashamed to provide such a low level of customer service,” he said.

Optus-owned Virgin Mobile, which was named the best telco for customer service, will ironically cease operations within two years following an announcement in May.

Teresa Corbin, CEO of ACCAN, said Vodafone had recently invested heavily in its customer service – as have other smaller telcos and new entrants to the market.

How does your provider measure up? 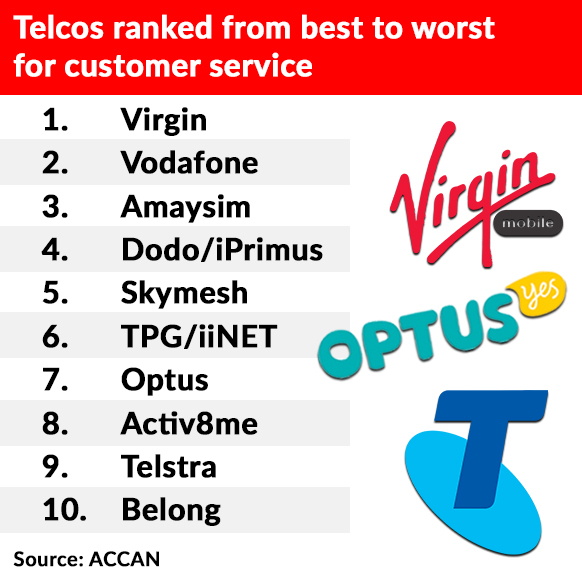 “Telstra and Optus have the largest customer base and new entrants are making a big effort with customer service,” Ms Corbin told The New Daily.

“That’s their point of differentiation.”

Ms Corbin said that one of the most “disturbing” findings was that some telcos were “actively discouraging” their customers from lodging a complaint with the Telecommunications Industry Ombudsman (TIO).

“One in five people wanted to escalate the complaint, but only 3 per cent did,” she said.

“The results we got were so shocking. Telcos took days or even weeks to come back to customers on simple issues like moving to a new plan or changing their address details.

“Customers had to call back on average two to three times to resolve an issue.

“More than half had to repeat their story multiple times to different staff.

“Clearly telcos need strict timeframes because they seem to just be taking as long as they like.

“This is not acceptable.”

While consumers prefer to resolve issues via email or over the phone, the quickest ways to see action were to physically go into the store or using the telco’s social media platform.

The TIO Annual Report 2016-17 tallied more than 158,000 complaints, with about half of these relating to customer service.

“We’re recommending a fresh look at customer service by the industry and the regulator, the Australian Communications and Media Authority,” Ms Corbin said.

“There’s an opportunity to do this now with the current review of the industry Telecommunications Consumer Protections Code, and a new ACMA complaints-handling standard. We’d like to see more concrete obligations in the Code, and more active enforcement by the regulator.”

Ms Corbin said anyone wishing to lodge a telco-related complaint with the TIO could visit the website or contact 1800 062 058.

ACMA research found that almost one in six households were left without an internet connection for more than a week when migrating to the NBN.

One in 10 homes were inconvenienced for more than two weeks.

ACMA chair Nerida O’Loughlin said the new rules would require telcos to test connections after installation, verify that any existing infrastructure is capable of delivering the maximum data speed specified in a customer’s chosen plan, and offer an interim service should there be a problem that cannot be fixed within three days.

This will be enforceable by ACMA, enabling it to commence court proceedings seeking remedies including penalties of up to $10 million.