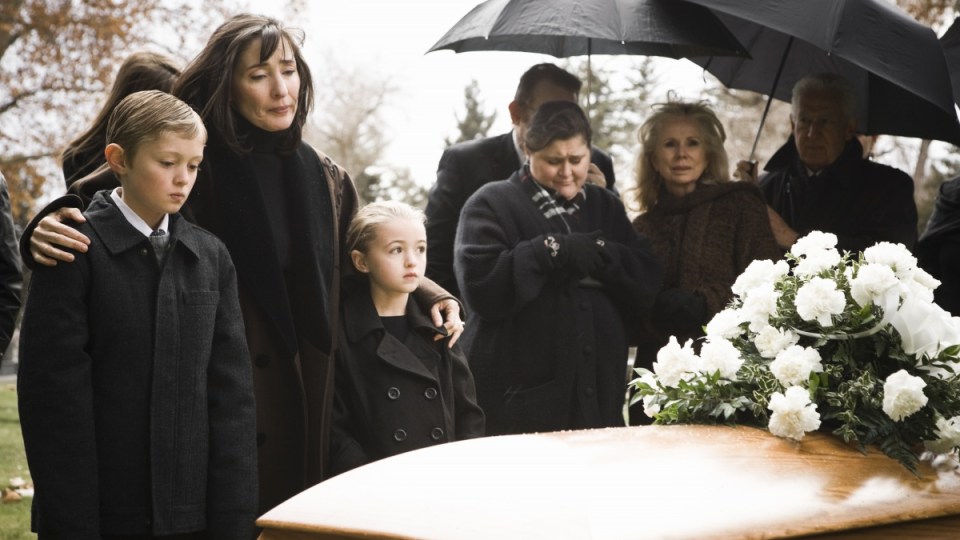 Australians have been warned against paying expensive, ongoing funeral insurance premiums until the day they die only to be ripped off with comparatively “negligible” payouts.

Funeral insurance companies are “guilt-tripping” consumers into spending their hard-earned savings on premiums which often exceed any eventual benefit, according to experts.

“It’s the poorer, less educated, most vulnerable Australians who are most affected – and they’re the ones who can least afford it.”

The Financial Ombudsman Service said it receives hundreds of complaints every year relating to funeral insurers.

This comes as the financial services royal commission exposed the exploitation of Indigenous consumers by the Aboriginal Community Benefit Fund (ACBF), a funeral insurance company that targeted the Aboriginal community.

What is funeral insurance?

Funeral insurance is a policy which, after death, provides a lump sum to help pay for funeral costs. It involves ongoing, often ‘stepped’ payments that increase as you age.

It’s a $315 million industry with more than 750,000 Australians paying for funeral insurance cover, according to a 2015 corporate watchdog ASIC report.

Is it worth it?

Professor Manning told The New Daily that if a 60-year-old man took out a funeral insurance policy and lived until he was 72, he would have paid four times the amount in premiums than his family would ultimately receive.

If the same person lived well into their 90s, they could end up spending tens of thousands of dollars more than they would get back.

“You’re better off putting all of that money in the bank – you could have a bigger funeral than Al Capone if you wanted to,” he said.

She said people end up paying far more in premiums than any benefit they receive from funeral insurance payouts.

“When you sign up to funeral insurance, you’re committed until you die. The only way to get a good benefit is to die soon,” she said.

“Most funeral insurance policies have stepped premiums. As you get older – as you get closer to death – the premiums get higher.

“That can be really difficult for people on fixed incomes such as a pension or government benefit.”

“Funeral insurance is a product we don’t need.

As many as 80 per cent of funeral insurance policies in Australia are cancelled due to people failing to keep up with the exponentially-hiked nature of the payments, with more than half opting to cancel their policy in the first year.

“That’s what these companies are counting on. They rely on consumers lapsing on payments, overinsuring and living longer,” she said.

Professor Manning said it worried him that funeral insurance is heavily advertised during the day when retired pensioners are watching daytime TV.

“They’re being bombarded and made to feel guilty – that you’re a horrible person if you don’t buy it,” he said.

Some of the current offers include a $75 gift card and free cover after your 90th birthday. Another offers a 5 per cent reduction in premiums every five years.

Mr Harrison said that while these sound like good deals, the consumer benefit is “negligible”.

“It’s not a good investment for consumers and it’s probably not worthwhile,” he said.

“But it is clearly a good product for insurance companies.”

Over the past five years, ASIC has raised concerns relating to funeral insurance brands Real Insurance and InsuranceLine.

Dr van der Laan said that most Australians have a superannuation account which can be accessed to pay for a funeral if somebody dies.

“There is also the option to set aside some money in a savings account, as well as a funeral bond or prepaid funeral,” she said.

“A prepaid funeral gives you the peace of mind and you’re paying for the actual goods and services rather than a financial payout.”

‘I am not afraid’: The modern unknown soldier risks it all in Ukraine
Energy market reform will be a big boost for emissions reductions: Chris Bowen
Greens sign up for Labor’s looming jobs-and-skills summit as Liberals stick with boycott
Joe Biden’s $430b green victory for the environment
China cementing its Thailand ties with joint military exercises
NRL: Titans frantic to end 10-game losing streak as Manly showdown looms
Nobody blames you for not caring about the NEG, but you probably should
Today's Stories