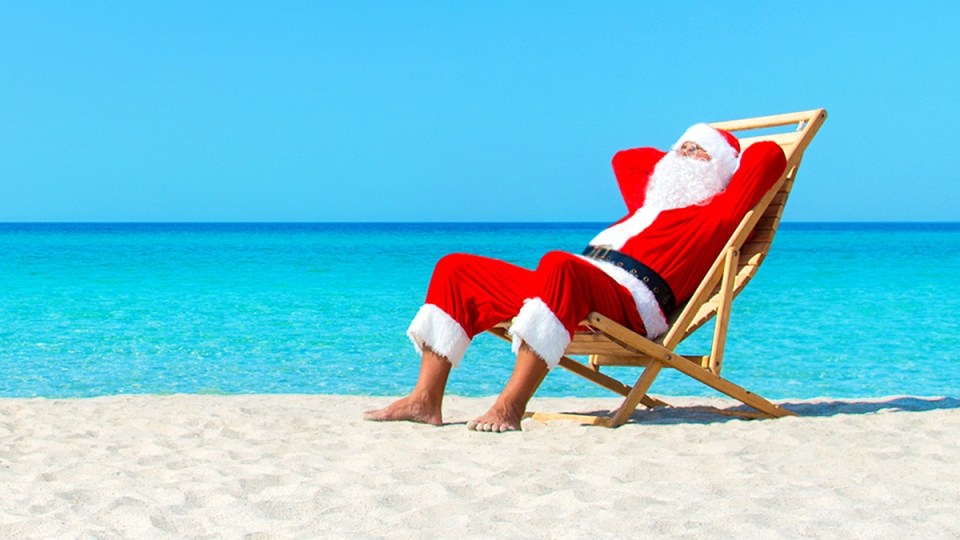 Leaving your Christmas holiday plans until the last minute could end up pinching your wallet. Getty

Christmas is still months away, but travel experts recommend booking holidays now to avoid disappointment and hopefully save some money.

Many Australians hoping to travel or see family during the country’s most popular holiday periods have been left disappointed over the past three years, thanks to COVID lockdowns and the  2019 bushfires.

And it’s set to be busy again this year, with the Easter holidays proving Australians are travel hungry, even as airline and airport issues throw plans into chaos.

Stayz data shows one in five Australians had already booked their Christmas holidays in June, with a further 19 per cent expected to have locked-in their plans by the end of July.

This is a shift from pre-pandemic behaviour, with Stayz travel expert Simone Scoppa saying people previously waited to organise their end-of-year plans until just a couple months beforehand.

“Prior to the pandemic, September was the most common month for travellers to book their summer holidays,” she said.

“But the last two years have seen this peak period move to the middle of the year as travellers get in early to secure their holiday home.

“While there is still availability across the country, if you’re looking to stay in a holiday home over summer, be sure to get planning now.”

Christmas holiday travel numbers could even surpass this year’s Easter period, which saw airports struggle to cope with their busiest day in two years as thousands of people flew interstate for the long weekend.

“Easter was enormous this year, it was certainly bigger than previous years, prior to COVID,” Mr Finch said.

Wotif data shows traditional tourist destinations such as the Gold Coast, Great Ocean Road and the Whitsundays still take out the tops spots in terms of demand for accomodation between December and February.

But there has also been an explosion in demand for regional Australian towns, with areas such Ballarat, Victoria, and Toowoomba, Queensland, enjoying a more than 200 per cent hike in interest.

“People are wanting to go and have a change of scenery, and that they’re seeking some friendly regional hospitality,” Mr Finch said.

He said the expansion of holiday areas means the traditional hotspots aren’t filling up as quickly, creating a more even spread of accommodation availability.

Prices are good – for now

All the top travel destinations are currently good value for money, but will get more expensive as time goes on, Mr Finch said.

“We start to see pricing generally start to move around November, definitely into December,” he said.

“And then, if you’re leaving it up until the last minute in January, you may be caught out a little bit there.

“Start looking now, because you can get some really good deals.”

Mr Finch said traditional accommodation such as hotels and motels will take longest to raise prices as booking availability dries up.

But holiday home prices will rise sooner, so get in quick.

If you’re planning to head overseas, she said you should start making bookings at least two to three months ahead, depending on your destination.

“Looking ahead to summer, airlines are continually increasing and adjusting their flight capacity according to demand,” Ms Perkovic said.

“Our tip is to keep an eye on airfares – if you don’t immediately find something that suits you, be sure to check back as more flights are likely to be added.”