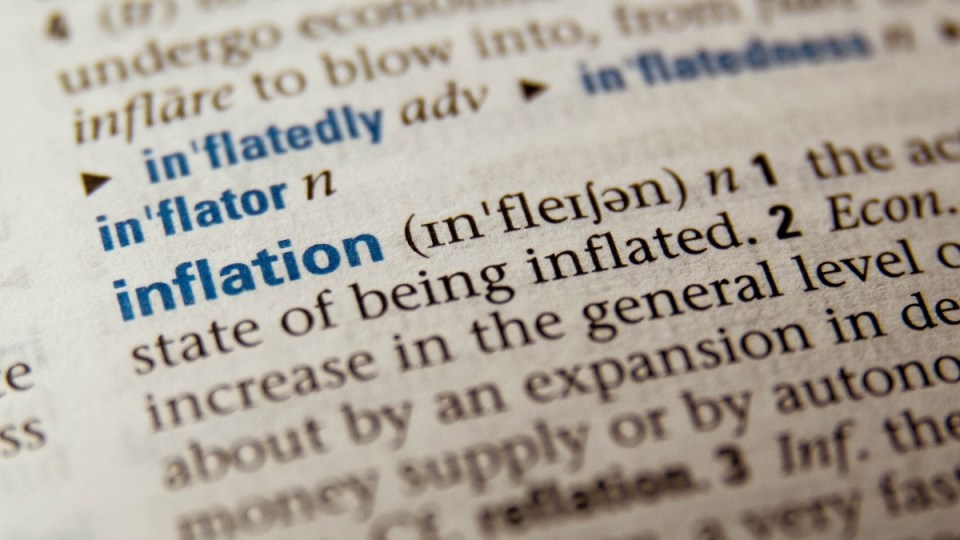 The upsurge in inflation has revived old debates about what causes it.

Until recently, it has been an article of faith among both businesses and union leaders that inflation is “cost-push”, meaning it is caused by higher input prices.

Businesses (and Reserve Bank governor Philip Lowe) fear a wage-price spiral, in which wages push up processing costs, and prices push up wages.

Union leaders, including ACTU secretary Sally McManus, suggest it’s growing profits that are adding to prices and pushing up inflation.

Both versions of the cost-push theory are problematic.

The obvious difficulty with the wage-push idea is that wages have not grown fast, and show little sign of accelerating, even after a year of rapid prices growth.

Pushing real wages down even further as an anti-inflation measure is likely to do little more than exacerbate labour shortages.

The problem with the profit-push idea is more subtle.

The number of markets dominated by only a few large firms with pricing power has grown since the 1990s, but until very recently Australia had historically low inflation. And market concentration didn’t suddenly grow during COVID.

We have identified a theoretical channel through which market power amplifies, but does not trigger high inflation.

Central to the channel is the concept of a “strategic industry supply curve”.

What is a strategic industry supply curve?

When there is perfect competition, industries supply what would be expected.

But where one or more firms is big enough to have market power, for any given quantity sold, prices will be higher, and increasingly higher as demand for the product climbs.

This means that after a boost to demand, such as the one that followed the COVID-19 stimulus and the end of lockdowns, firms with market power amplify the resulting inflationary shock.

The analysis works as follows. In setting prices, firms with market power balance the benefit of higher prices against the loss of sales due to reduced demand and increased supply from competing firms.

When demand increases, the losses from markups are lower.

However, a different analysis applies in the face of cost shocks from energy and other commodities, of the kind we have seen this year.

When costs increase, firms with market power might choose not to pass on the full increase, so as to avoid losing sales and market share.

A large body of research suggests that increases in import costs are typically not passed on in full, at least initially.

This has some interesting implications for fuel prices, to take one example.

Firms smooth shocks, even for petrol

A barrel of oil typically yields about 130 litres of liquid fuel along with some by-products, so the increase in world prices from $US80 to $US120 per barrel following the invasion of Ukraine added about 33 US cents (44 Australian cents) per litre to the cost of petrol.

But in fact, the increase in pump prices in Australia was only about 30c per litre.

The Morrison government’s temporary halving of the petrol excise cut 22 cents per litre from the price, but much of it was recouped in the next upward swing in the fuel cycle, leaving a reduction of only 15 cents per litre by May, after which prices remained high.

In effect, refiners and retailers recouped part of the reduction in margins they absorbed in response to the initial shock.

The good news is the removal of the subsidy in September should see an increase of less than 22 cents per litre, as long as global oil prices don’t rebound.

Although our analysis does not support the simplistic view that inflation is being driven by market power, it illuminates the way in which market power and inflation interact.

Most importantly, it provides no support for the idea of a wage-price spiral. And that means there is no case for cutting real wages to fight inflation.

Inflation is being amplified by firms with market power