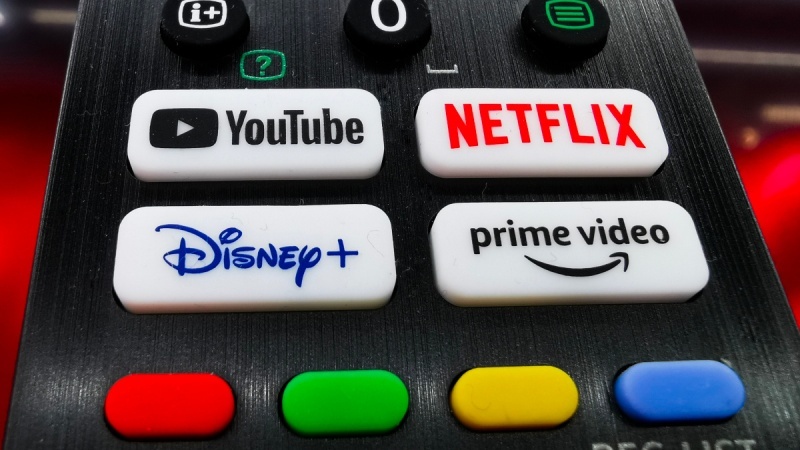 More than three out of four Australian households were paying for a streaming service in 2021, and more than 80 per cent are expected to do so by the end of the year.

But the sector could be in for a bumpy ride as the rising cost of living forces many households to cancel their subscriptions, with experts already warning of a spike in pirated content online.

Netflix and other streaming services are hoping greater investment in gaming as well as in news and lifestyle content will be enough to convince subscribers to stay put.

According to PwC’s Entertainment and Media Outlook 2022 report, Australians spent $3.6 billion on gaming in 2021 alone.

PwC Australia director Dan Robins said greater consumer choice was the main driver of the growing number of subscription TV customers, with increasingly competitive companies adding value for money by connecting to services such as music or gaming.

PwC found the average Australian household pays for 2.3 subscription TV services, and in 2021 spent $40 per month on video streaming, and $55 per month on entertainment subscriptions in total.

Despite reporting its first drop in subscriber numbers since 2011 in the first quarter of 2022, Netflix is currently the No.1 streaming service in Australia with more 12.8 million customers, according to Roy Morgan research released this year.

An ever-increasing amount of competition and dropping customer numbers haven’t dampened Netflix subscription prices yet; its price hike at the end of 2021, which increased the monthly cost of its most expensive tier to $22.99, made Netflix the most expensive non-sport streaming service in Australia.

But the rising cost of living means Australians could have less extra cash to spare on entertainment, and with content spreading further across different streaming services, there has been a spike in viewing pirated content online.

PwC’s report found “experts are concerned” that the growing number of streaming services has customers returning to illegal content consumption, as 30 per cent of Australians consumed some content online unlawfully in 2021, up from 15 per cent in 2019.

Mr Robins said the foray into advertisements by Netflix and other subscription TV services such as Disney+ will offer customers cheaper tier options, and reel in a wider audience for the streaming companies.

“[PwC] don’t believe that, across the spectrum of excellent services, an ad version will be given away for free, we just think it’ll probably be varied between players,” he said.

“Many will come out with an ad-funded [option], but it’s still at a lower price point, to reach a different market.”

Customers want jack of all trades

To maintain customer interest in a competitive landscape, Mr Robins said companies are spending up to billions of dollars maximising the value of their content.

Some companies have started blurring the lines between different services.

Netflix is offering its subscribers with iOS and Android devices access to mobile video games at no extra cost. The streaming service currently offers 23 games.

Mr Robins said subscription services go beyond video and are “leading the way” in multiple sectors such as news, music and health.

Australians now have an average of 6.5 premium subscriptions out of the 115 currently available across video on demand, audio, news and lifestyle content, gaming and other entertainment services, PwC’s report found.

PwC partner Samantha Johnson said the research shows customers see the most value in the ability to customise subscription services to their wants and needs.

Some companies are already taking advantage of this opportunity, with Foxtel Now offering bundles of different subscriptions such as ‘Essentials + Movies’, which offers a mix of live TV channels and streaming movies and TV shows, and the ‘Build My Own’ option, where customers can choose what content they’d like to pay for.