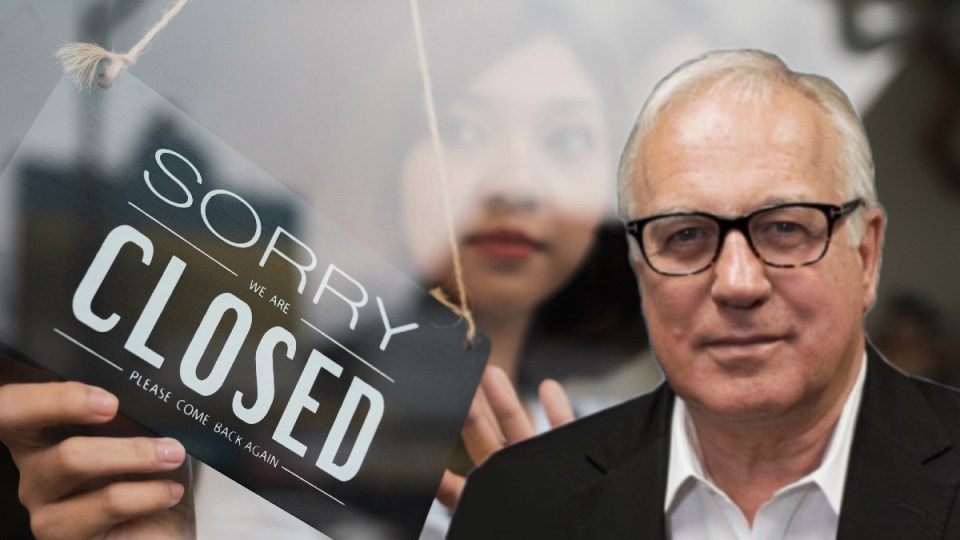 It’s essential that government spending is laser-focused on those who need it, writes Alan Kohler. Photo: TND
opinion

Here’s an announcement you will not be seeing from the Prime Minister, Anthony Albanese: “Since the previous government over-compensated businesses and households for COVID when it wasn’t so bad in 2020 and 2021, and we’re now in the poo financially, you have to use the money you saved then to get through it, now that it’s really bad. There’ll be no more money from us.”

He tried on a bit of that sort of thing by refusing to reinstate the pandemic leave payments of $750 a week for those who don’t have sick leave, but the outraged pile-on was such that he had to reconsider.

Casuals with no access to sick leave obviously need to be looked after by the government, but everyone else should be told to look after themselves.

After all, unemployment is 3.5 per cent, the lowest for 48 years, so companies need to keep their staff, and $13.8 billion of the $90 billion in JobKeeper payments in 2020-21 was paid to profitable companies that didn’t need it, so they can certainly cough up.

The answer to growing inequality?

The pandemic has seriously worsened inequality: Most people are fine, but a lot are far from OK, and Labor promised that no one will be left behind. More means testing is the answer.

The Morrison government left its successors what seems a maddeningly complex legacy, but what happened is actually very simple – the small government ideologues in the Coalition have provided a lesson in the power of big government, and of fiscal and monetary policy.

Federal government debt is $842.5 billion, heading to a trillion, because of an historic fiscal splurge, and immigration was cancelled by government decree.

As a result, bank accounts are bulging and unemployment is the lowest since 1974.

The cash rate was cut to 0.1 per cent, and $350 billion in new money was materialised to suppress long-term interest rates.

As a result, house prices rose 22 per cent in 12 months and household debt went to the highest in history, and a world record.

And now a new government has the job of getting the budget back to something approaching normal, hectored by an Opposition pretending they weren’t the ones who make it abnormal.

(Happily, the people at the Reserve Bank have to clean up their own mess, with only deputy governor Guy Debelle running away and leaving them to it.)

The problem for Labor can be summed up with two RBA charts: 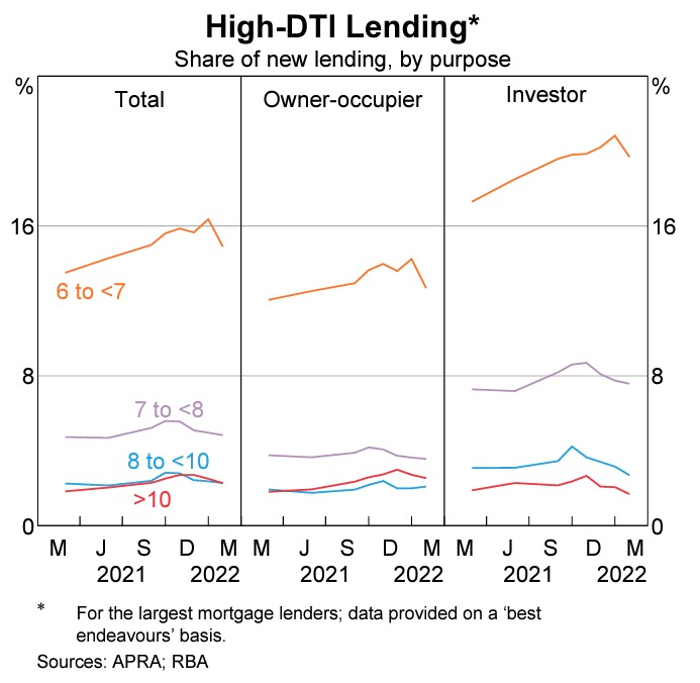 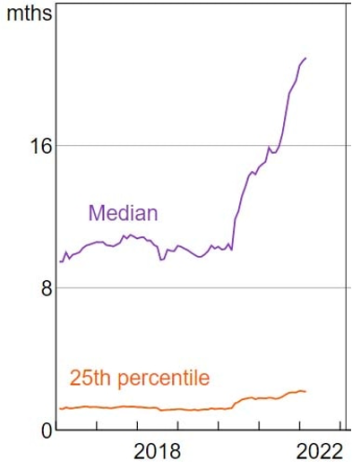 The first chart refers to high debt to income (DTI) lending. About a quarter of new loans have a debt-to-income ratio of more than six, and of those about 2 per cent have borrowed more than 10 times their income.

That means a few people with, say, $100,000 in income borrowed $1 million. At 2 per cent interest, which it would have been at the time, repayments were $4249 per month, or 60 per cent of take-home pay – a stretch, but apparently acceptable.

When the mortgage rate goes to 5 or 6 per cent, as it will, repayments will be at least $5369 per month, or 86 per cent of take-home pay, leaving $220 a week for everything else. Definitely unacceptable.
The Reserve Bank may be just trying to get interest rates back to normal, so they have some firepower for the next downturn (as Governor Philip Lowe says), but the starting point is 0.1 per cent!

In every previous episode of increasing interest rates, including those that caused recessions in 1982 and 1991, the cash rate has less than doubled.

The second chart shows that a lot of people have a very good mortgage buffer: The median household with a variable rate mortgage is 21 months ahead, up from 10 months at the start of the pandemic.

But the chart shows 25 per cent of households – about a million families – have a buffer of only two or three months.

In other words, the aggregate data are irrelevant for a government promising not to leave anyone behind; it’s the 10th percentile they have to keep an eye on. The ones being left behind.

But the government has $824.5 billion in outstanding debt, heading for a trillion, so ministers keep having to say they can’t spend any more money. The states are all in a similar position.

We’re apparently in the transition from pandemic to endemic, but it’s a pretty rocky one, putting a lot of pressure on the health system and bringing tragedy to a lot of families.

But the reason governments are imposing no restrictions at all in response to this wave of COVID-19 is largely financial, as well as the fact that any measures to control the disease would be very unpopular.

So to some extent they are playing with fire to preserve the budget.
There is only one solution to the problem – means testing. Everything must be means tested, tightly, perhaps using disposable income rather than gross income.

Many, possibly most, Australians have come out of the pandemic with plenty of cash and plenty of work – they should get nothing more from the government.

It’s essential that government spending is laser-focused on those who need it.

Author Salman Rushdie stabbed in the neck by masked assailant on stage
Ex-Liberal staffer: Survivors weren’t asked about their ordeals in NSW parliament
Idaho follows US Supreme Court lead and bans virtually all abortions
‘We have lost a bright light’: Actress Anne Heche dies a week after fiery car crash
Shot in the arm for electric vehicles as Hertz launches local rentals
Kyrgios blows away de Minaur in all-Aussie clash in Montreal
Taxable income: Does having more than one job mean I pay more tax?
Today's Stories

Inequality has worsened and the budget is shot, so means test everything