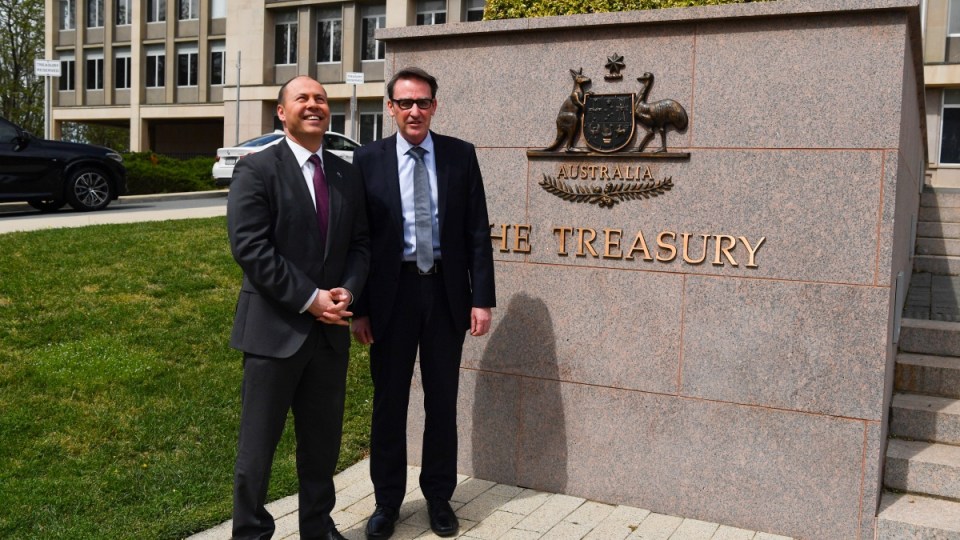 While all eyes were on the Reserve Bank on Tuesday, an extraordinary story in the weekend press seems to have slipped by without notice: During the Global Financial Crisis, a senior Australian government official was briefing a foreign power against the RBA.

The official telling the foreign power a version of what was going on in the RBA boardroom in April 2009 now sits on the RBA board – Dr Steven Kennedy, the present Treasury Secretary.

I suppose I should file a question to Treasury to ask if he’s still briefing foreigners about the workings of our central bank’s inner sanctum.

The foreign power was the United States.

As Mike Seccombe reported in The Saturday Paper, we only know about this episode thanks to Julian Assange – the US embassy’s confidential cable detailing Dr Kennedy’s information was part of the intelligence trove published by WikiLeaks.

Aside from the WikiLeaks angle disclosing Dr Kennedy briefing Americans, the rest of the article was pretty much what has become the same old same old – some of the usual critics taking potshots at our central bank while focus is on it lifting interest rates, a debate rages about the usefulness of said rate rises, and a review of the bank itself is in the offing.

A common feature of the most vociferous critics is that they claim the RBA should have done better, should have been able to forecast the future more accurately, should have been smarter in using the blunt tool that is monetary policy, either raising or cutting rates more quickly – all, of course, with the benefit of hindsight.

What the critics don’t have on the record is their own history of consistently accurate forecasting – nobody has. The old adage applies – if you could accurately forecast the future, you’d be sitting back in your mansion with your feet in buckets of champagne. Forecasting the past is much easier.

What they also don’t have is an ability to cite a bunch of other central banks that have done significantly better than the RBA.

Of course, with perfect hindsight, rates could have been managed a bit better from time to time, mistakes will always be made when dealing with something as uncertain as the global and domestic economic outlook. But, on balance and compared with its peers, the RBA has been successful in doing what it can to assist the Australian economy over the past three decades.

And, at its core, what it can do isn’t actually all that much – push the price of money up or down. A very blunt instrument.

As previously reported here, it might come as a surprise to the people who fixate on the RBA, but our central bank doesn’t run the economy.

The Grattan Institute has demonstrated that, even with the extraordinary extension of the monetary toolkit during COVID, stopping Australians travelling overseas actually provided significantly more stimulus than monetary policy. (Admittedly stimulus that was partially offset – but only partially – by stopping foreigners coming here.)

Treasurer Jim Chalmers was wise on Tuesday not to do what some of his predecessors have been tempted to do – distance themselves from an unpopular RBA decision.

He accepted that the independent central bank was taking “a further step in the withdrawal of the extraordinary monetary support that was put in place to help insure the Australian economy against the worst possible effects of the pandemic”, to use the words of the governor’s statement.

It would be convenient to try to make the RBA solely responsible for the economy rising or falling. It also would be stupid.

Tuesday’s 50-point rate rise still only takes the cash rate to 1.35 per cent. To use a technical term, bugger all. After inflation, money is still free.

Even if inflation wasn’t a fair bit higher than ideal, there would be an argument for the RBA to be steadily trying to get the cash rate back to something like normal while demand is strong and unemployment is low.

Yes, it’s tough for anyone who bought a home at the top of the cycle with a big mortgage. But just as macroeconomic policy can’t be set to suit the marginal small business operator, it can’t be set to cosset the latest dwelling buyer.

So, while we live in times of great uncertainty, the monetary doves not wanting rates to rise should perhaps calm down a bit.

Similarly, to the hawks decrying the alleged failure of the bank to go harder and earlier on rates, which precisely of our current key inflationary drivers would have been significantly hosed down?

And remember the much ballyhooed “wage-price spiral” remains something that exists in the history books. For all the tight labour market is some sectors, nobody has found an overall smoking gun. We still haven’t got wages where it would be nice in a Goldilocks world to have them.

Meanwhile, back at the latest “the RBA is broken and needs fixing” story where I began, some of the internal contradictions are bemusing.

Dr Kennedy’s reported complaint in the American cable that the RBA was “schizophrenic” actually sounds more like evidence of the sort of reasonable differences of opinion and debate you’d hope for in the midst of crisis.

Quite reasonably, some of the bank’s board members reportedly were worried Australia could be headed for a severe recession – who wasn’t when the GFC hit?

Others allegedly believed “that China will recover in the second half of 2009, which will pull Australia out of recession in the same time frame” – which was indeed a factor in our recovery. (It was a line the Opposition tried to push, claiming our very fine performance in that crisis was thanks to China, not government policy.)

The diplomat or spook writing the cable claimed that, according to Dr Kennedy on April 1, 2009, the Rudd government wanted the RBA to cut rates more aggressively.

Somewhat bemusingly, a speech by Dr Kennedy in June 2009 recorded it was the RBA that reacted first to the crisis, slashing the cash rate by 100 points on October 7, 2008, a month after trimming by 25 points.

By April 8, 2009, the RBA had cut rates by 425 points to 3 per cent. Six months later, it was in a position to start nudging them up again, such was the strength of our recovery. It proved to be world-best monetary policy, just as our fiscal policy also proved very effective, working in tandem, whatever the government’s frustrations.

So, whatever the frustrations of academic economists (various) and former academic turned assistant minister (Andrew Leigh) in wanting to claim their economics is bigger than the RBA’s, or the complaints of what might be called disgruntled former employees, the RBA’s track record is as good as any central bank’s in these turbulent and uncertain times.

And as for transparency, most the stuff that goes to the board to shape the RBA’s opinion ends up shortly afterwards in one publication or another.

Like everyone else, there are things I think the RBA should have and could have done better – most obviously waking up to wages suppression earlier.

But a review of the bank in these delicate and turbulent times is hardly a priority and could be a distraction.

Heck, you can’t get it within the one Saturday Paper article. Last weekend, there was this paragraph:

“The widely held view among economists – including the new assistant minister for the Treasury, economics professor Andrew Leigh – is that the RBA kept rates too low in the pre-COVID years, 2016-2019, and did not raise them fast enough when COVID lockdowns had passed and inflation became a problem.”

“They (Andrew Leigh and Dr Isaac Gross) found that between 2016 and 2019, with Lowe at the helm and working to an agreement made with then treasurer Scott Morrison that emphasised ‘financial stability’, the bank ‘dramatically under-performed’ because it held rates too high.”

Too high? Too low? Go figure. Economic experts be like that.