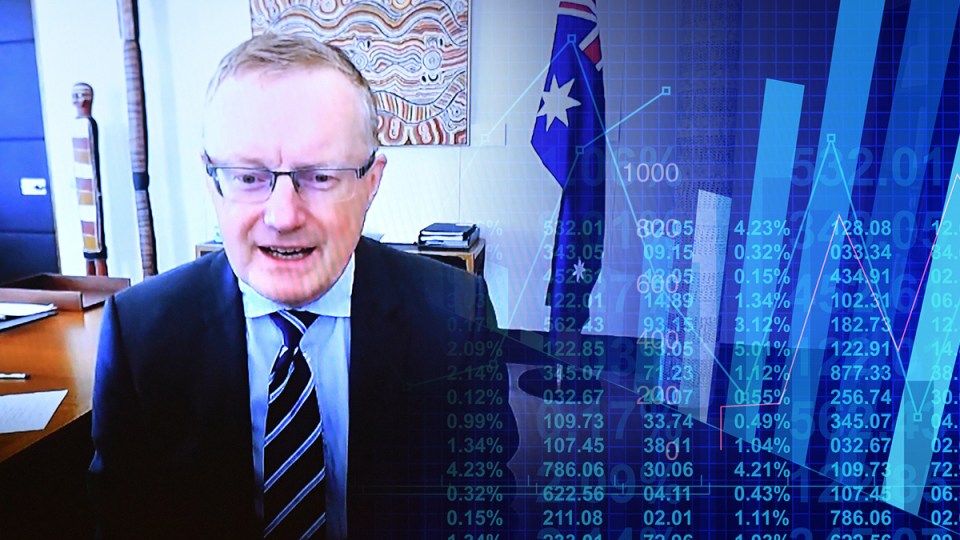 RBA governor Philip Lowe has gone on the record to say he sees no short-term taming of inflation. Image: TND Photo: TND

Philip Lowe undertook a rare television interview for a Reserve Bank governor last week, perhaps indicating the enormity of the challenges Australia faces in terms of inflation and interest rates.

The small screen appearance on ABC’s 7.30 program came more than a decade after former governor Glenn Stevens was interviewed on the Seven Network in the wake of the global financial crisis.

Dr Lowe warned the central bank board will do what is necessary to bring inflation under control, which he expects will now reach seven per cent by the end of the year and more than double the two to three per cent target.

It is why the RBA was compelled to lift the cash rate by a larger than expected 50 basis points at this month’s board meeting.

Economists are predicting another 50 basis point increase in July and possibly another in August, which would take the cash rate to 1.85 per cent, having been at a record low of 0.1 per cent a few months ago.

Dr Lowe will be able to expand on his views when he addresses an American Chamber of Commerce In Australia event in Sydney, co-hosted by ANZ, on Tuesday.

On the same day, the RBA will release the minutes of its June board meeting, which one economist said will add “colour” to its thinking in raising the cash rate by 50 basis points, the biggest rise since February 2000.

US rise no precedent

Still, nobody is thinking at this stage the RBA will follow the US Federal Reserve in raising its key rate by 75 basis points last week, which sent global share markets into turmoil.

Dr Lowe will also take part in a panel discussion in Zurich on Friday on central banks and inflation.

Back home, the weekly ANZ-Roy Morgan consumer confidence index is released on Tuesday.

Last week, the index – a pointer to future household spending – slumped 7.6 per cent to its lowest level since April 2020, while the percentage of respondents who expect ‘good times’ for the economy over the next five years dropped to 10 per cent – its lowest level on record.

It came in the wake of the big interest rate rise and ongoing cost of living pressures.

Meanwhile, Australian shares face another bumpy ride this week as financial markets grapple with the risk of recession as global central banks try to stamp out inflation.