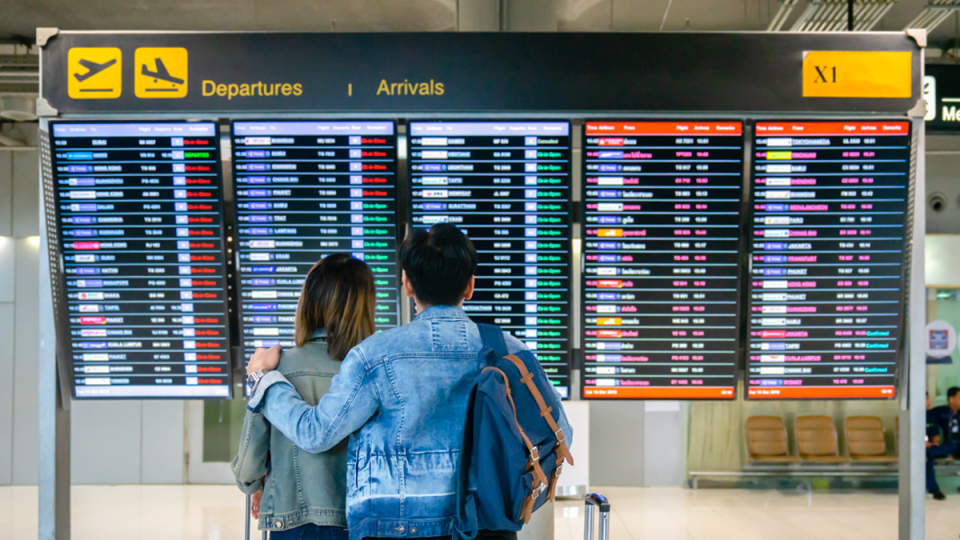 The rising cost of living is failing to dampen Australians’ appetite for overseas travel, with data from Mastercard showing flight bookings have surged since the country’s borders reopened to tourists in February.

At the end of April, domestic flight bookings were roughly 735 per cent above 2019 levels, while bookings to Indonesia were up 260.8 per cent and bookings to New Zealand were up 141.9 per cent.

Aviation experts said Australians were eager to spread their wings after being cooped up at home for two years due to pandemic restrictions.

“The rebound of the travel industry has been fierce,” said Australian Frequent Flyer editor Matt Graham.

“It’s been fascinating because just as recently as February or March, the [international] flights out of Australia were pretty empty, but now they’re really full.” 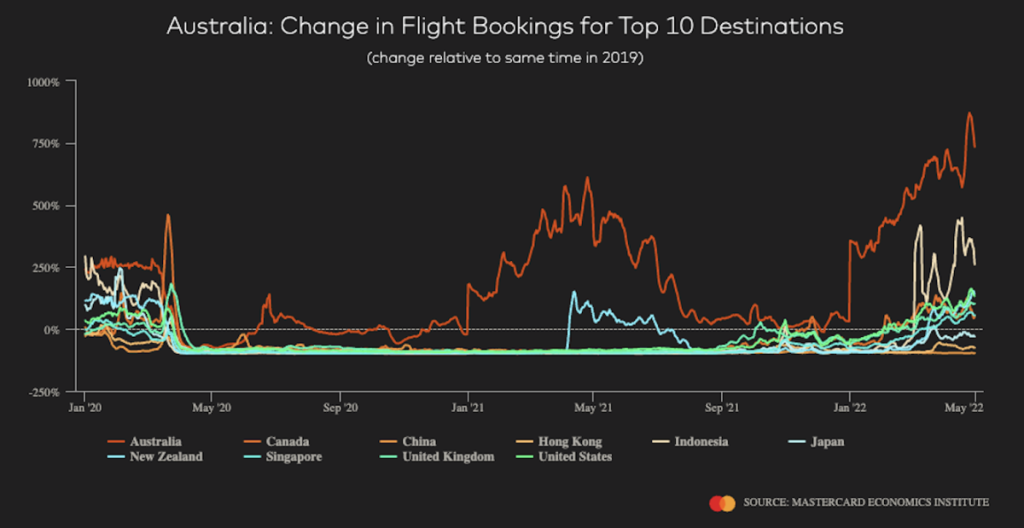 In a sign of the strong demand for overseas travel, more than 16,400 Australians applied for passports in a single day in June – up from about 8000 a day before the pandemic.

And Mastercard’s report shows it’s not just Australians who have caught the post-virus travel bug – with 1.5 billion more flights expected to be taken globally in 2022 than in 2021.

“People are just chomping at the bit to go on an overseas holiday,” Dr Webber said.

“They haven’t been able to for two years, and I think they’re prioritising doing that despite the fact that a lot of the inflationary pressures are reducing their real income.”

Dr Webber said many people also booked their flights before the recent inflationary episode set in.

International Air Transport Association data shows global passenger traffic was down more than 58 per cent in 2021 compared to pre-COVID 2019.

But in April, total demand for air travel was up more than 78 per cent on the same period in 2021 – despite a jump in ticket costs.

Mastercard data shows average airfares in Australia have been about 11 per cent above 2019 levels since the end of 2020. But Mr Graham said the long wait to head back overseas meant a lot of Australians were disregarding the extra cost.

“People have been waiting for such a long time to be able to go back overseas and see their friends and go on holidays. At the moment people are just booking flights at any cost,” he said.

“They just want to travel even if the airfares are expensive – people just want to do what they couldn’t do for two years.”

Demand to slow next year

Australians’ appetite for travel is expected to soften next year, though.

“Once [inflation] starts to really take hold, combined with the higher fares and lower real income, that will start to affect travel, I would say towards early to mid-2023,” he said.

‘Chomping at the bit’: Australians book overseas flights in droves