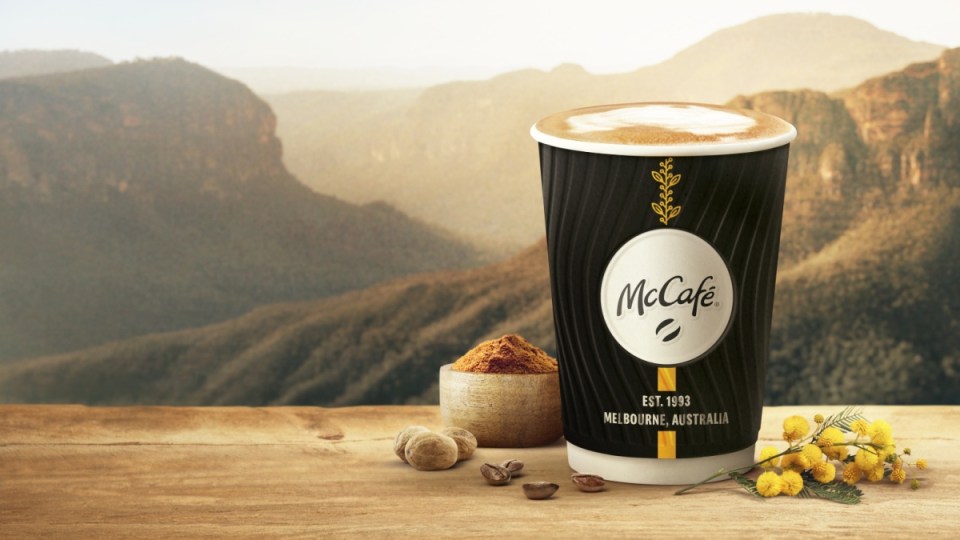 McDonald's has been accused of appropriating Indigenous Australian food.

Fast food multinational McDonald’s has been accused of appropriating Indigenous ingredients for a new coffee product dubbed the ‘Australiano’.

Launched this week, the drink blends coffee with chai and “native wattleseed” in a product advertised as “coffee fit for an Aussie”.

But academics specialising in food studies and Indigenous issues said the Australiano was a cynical exercise in profit-making and had little to do with the advancement of First Nations people.

Past reports found as little as 1 per cent of the produce generated by Australia’s bush food industry is made by Indigenous Australians.

McDonald’s told TND it sourced its wattleseed from “Indigenous and Australian farmers and communities across South Australia, New South Wales, Victoria, Tasmania, and the Northern Territory”.

“Our supplier, Australian Superfoods Co, has a policy of prioritising the sourcing of native produce from Indigenous Australians,” McDonald’s said in a statement.

Swinburne University of Technology Associate Professor Emma Lee, a Trawlwulwuy woman from Tebrakunna country, north-east Tasmania, said the product launch amounted to the “colonisation” of Indigenous foods, as it ignored the significance of wattle in Indigenous culture.

Dr Lee said wattle is a “sacred” signifier of seasonal change, with a cultural use dating back 50,000 years.

But McDonald’s undermined this culture by using the plant without acknowledging its cultural history, Dr Lee said.

“This branding puts the wattleseed in a space so that anyone can own it,” she said.

“That’s a form of colonisation: The erasure of Indigenous histories and association, and the replacement of that with a settler-colonial view.

Dr Lee also said the McDonald’s marketing campaign never used the word ‘Indigenous’ and instead opted for ‘native’ – a word with no association to local Aboriginal communities.

She said although it was encouraging to see growing interest in Indigenous foods, the best way to engage with this produce was to travel to Indigenous communities.

“We then start to develop a reciprocal understanding of how to connect to country, so that each fruit, each animal, has a totem, a story, a responsibility to care for, and all of a sudden, you’re engaged with caring for country by eating authentic Aboriginal-Torres Strait Islander food.

“So there’s part of me that would not like to be seeing [Indigenous foods] as mass produced as your tomato because we want people to develop that relationship with us.”

She said limited supply had hampered the industry’s growth in the past, but restaurants now regularly served up emu, crocodile and Indigenous fruits and vegetables.

The problem now, she said, is that Australia has no official certification to indicate whether an Indigenous food product has come from an Aboriginal community.

UPDATED May 30, 11.45am: This story was updated to include a response from McDonald’s. The fast food chain previously did not tell TND where it sourced its wattleseed from.