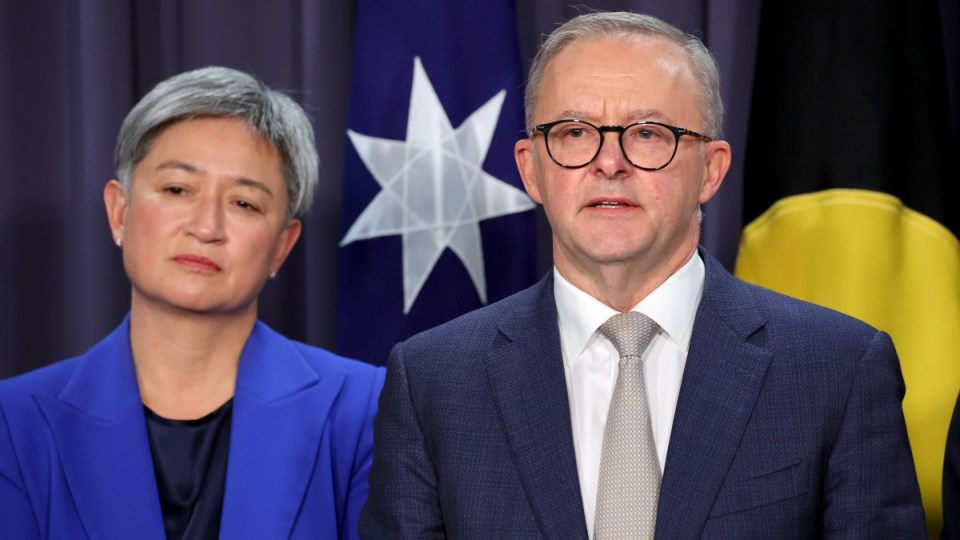 I suspect Anthony Albanese will be a better Prime Minister than he was Opposition Leader – his talents more suited to making things work than tearing things down.

He will need to be as life is about to get harder.

The Liberal Party’s failed campaign slogan, “Life won’t be easy under Albanese”, was somewhat true, but only to the extent that life won’t be easy over the next couple of years whoever is Prime Minister.

The politicians’ preferred euphemism for our outlook is “challenging” on several fronts.

That’s sugar-coating it. As the COVID stimulus and bipartisan election spendathon peter out, the Reserve Bank’s intent will start to bite: The economy will be cooled.

OK, that’s another euphemism. If we’re lucky, we will avoid a recession – what has normally been required to tame inflation.

That is what it generally takes to bring inflation down once it becomes uncomfortable.

The pre-election forecast from the RBA (largely overlooked while everyone was concentrating on the first interest rate rise in a dozen years) was for such a soft landing.

The RBA guessed – or hoped – GDP growth would be 2 per cent for the next calendar year and financial year. That’s 18 months of the sort of lacklustre growth that had the bank slashing interest rates before COVID-19 struck.

Similarly, the new government won’t be able to go on another major borrowing spree, the way the old one did. Dealing with a soft economy, limiting the damage it does to people and building a pathway out, will require smarter government that takes a longer-term view and seizes every opportunity to benefit the nation.

Which is where the first of the opportunities is knocking for Australia ahead of difficult times: The chance to reset the relationship with our biggest trading partner after it was trashed by the Morrison government.

No, this doesn’t mean being “soft on China” or “surrendering sovereignty” or any of the other inane claims thrown about by the desperate-to-the-point-of-deranged Messrs Dutton and Morrison, men who wantonly damaged our national security and welfare in pursuit of weak domestic political points – or, even worse, to curry favour with the Trump regime.

It means achieving the same level of dialogue, co-operation and diplomacy with Beijing as our Quad partners enjoy. No more, no less.

It has been an absurdity that the United States – the country directly competing with China and most determined to fight history by containing it – has a better relationship with Beijing than Australia, a country that has grown rich from the rise of China and has gone in search of conflict.

China and Australia can gain by the change of personnel allowing normalisation of relations without a loss of face.

A thoughtful article by the James Laurenceson, director of the Australia-China Relations Institute at the University of Technology Sydney, pointed out the broader vision and skills already employed by our new Foreign Affairs Minister, Penny Wong.

Professor Laurenceson fingered March this year as the rock bottom for our diplomacy when a plane crashed in southern China, killing 132 people.

“In contrast to the leaders of the UK, Canada, India and others – all countries that have had their own acute challenges with Beijing – neither the Prime Minister nor his Foreign Minister Marise Payne saw any reason to issue even a short statement of condolences,” he wrote.

“Imagining Canberra has no agency to promote a relationship recovery also misses the fact every other capital in the Asia-Pacific region has managed to maintain relations with Beijing in a more constructive state.”

Unlike the Morrison government, Senator Wong as the relevant Shadow Minister did express her condolences to the Chinese people after the crash.

“Wong looks beyond just Washington and London for insight into Australia’s challenges.

“It was Singaporean Prime Minister Lee who stood next to Morrison last June and offered the following advice: ‘There will be rough spots [with China] … you have to deal with them. But deal with them as issues in a partnership which you want to keep going and not issues which add up to an adversary, which you are trying to suppress’.”

The change of personnel is the opportunity to resume normal relations while yielding nothing, without a loss of face.

It is a small move – but it is a first move. And it called upon the 50th anniversary this year of Australia establishing diplomatic relations with China.

China has a very long memory, both for sleights and favours. Australia supplying wheat when the country was starving and under embargo has not been forgotten.

Given the broader challenges we’re facing, reducing our problems with China is all the more important.

Meanwhile, what happens next on the Opposition benches will be a test of whether the Liberal Party is interested in Australia’s future or only its own.

Mr Dutton, as Opposition Leader, can continue to damage our national welfare by beating the drums of war for cheap domestic political reasons, or demonstrate he is capable of growing into an alternative leader.

The dangerous alternative is that he will be seduced by the fevered rantings of Sky After Dark, aligning with the world desired by the late-night clowns of Trump back in the White House.