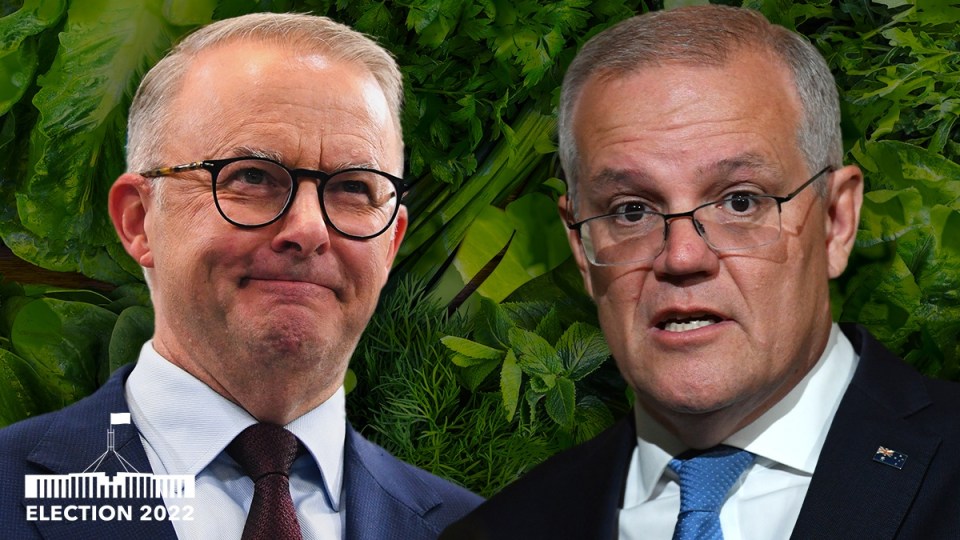 Don’t let reality get in the way of a political scare campaign days out from an election, writes Michael Pascoe.
opinion

No, no, no! Messrs Albanese and Morrison, the ACTU and the Business Council, The Sydney Morning Herald, The Age and Murdoch media, the Australian Industry Group and everyone else are all wrong about a 5.1 per cent increase in the minimum wage matching the inflation rate.

Whether you are on the minimum wage, the median wage or the average wage, a 5.1 per cent wage increase will leave you well behind the consumer price index increase of 5.1 per cent.

Most dramatically of those three examples, adding 5.1 per cent to the median wage ($63,041 a year on the latest but out-of-date ABS figures) only increases take-home pay by 4.1 per cent.*

That’s right. For all the hysterical and self-serving claims about a 5.1 per cent pay rise causing the end of capitalism, for the average worker it means only about two-thirds of the 6 per cent inflation rate the Reserve Bank is forecasting for this year.

It means the real purchasing power of the average wage shrinks. Again.

What all the commentary, official and otherwise, overlooks is the figure that counts for living standards – what employees receive in their bank account, not the pre-tax figure everyone is talking about.

And given the funk the RBA is forecasting the Australian economy will fall into next year, reduced purchasing power at the same time as increased interest rates is not something business or the government should be pushing for.

I don’t know whether it’s laziness or ignorance that continues to leave the tax impact out of wage discussion.

And it is commonly much, much worse than that, as people on the minimum wage often are interacting with the transfer system, receiving government assistance of one form or another as carers/students/semi-employed.

That admission was tucked away in the back of the federal government’s otherwise namby-pamby submission to last year’s minimum wage case.

The Treasury figures demonstrated the previous year’s alleged 1.75 per cent increase in the minimum wage was no increase at all in disposable income.

For a single person with no children (and therefore with minimal interaction with social security), the supposed $13-a-week increase became $11 after tax – a 1.48 per cent rise after tax.

A single-income couple, one full-time minimum wage, the other on JobSeeker, only increased their disposable income by $2. Put another way, they only retained 18 per cent of the increase.

Thus there is no excuse – the government knows from its own modelling how miserable the real-world outcome is for people on low wages suffering excruciating effective marginal tax rates.

The same will happen this year even if the Fair Work Commission (FWC) displays good judgment and awards 5.1 per cent – living standards for the working poor will be squeezed again.

Higher up the pay scales, a 5.1 per cent increase on the latest “average weekly ordinary time adult earnings” of $91,167 works out to be a take-home rise of only 4.4 per cent – you’re still going backwards.

Rather than opposing a 5.1 per cent increase in the minimum wage (which only flows on to a minority of workers anyway), a government with a history of wages suppression should be quietly satisfied if the FWC only awards 5 per cent.

Typical of such issues, you can dial up your preferred business lobby group and their tame economists to make predictable arguments.
It is a relief to read those offering some rational perspective, such as Professor David Peetz, who used to work in the federal department that made the submissions to the wages umpire.

“This idea is even endorsed by the Reserve Bank and Treasury. Over the long run, it’s the rate of productivity growth that constrains the potential for non-inflationary real wages growth. And a 5.1 per cent increase in award wages (the minimum wage is, in effect, the lowest award wage) would actually be just a zero real wage increase.”

Alas, even Professor Peetz forgets the tax man, but by pointing out the 5.1 figure is only the CPI and doesn’t include productivity growth, it is not the monster Scott Morrison wants people to think it is while he effectively campaigns under the slogan “Wages will always be lower under the Coalition”.

Higher costs are a problem and some small businesses operating in competitive environments may be unable to achieve the desired balance between absorbing and passing them on to customers.

Some might indeed fail – some always do – but it is absurd to suggest macroeconomic policy should be set to suit the least-profitable small businesses rather than the overall economy.

While labour is tight, it is meant to flow to the most successful and efficient businesses that can afford to pay. Expensive, scarce labour is a key factor in driving greater productivity, forcing businesses to work smarter.

But don’t let reality get in the way of a political scare campaign days out from an election. And don’t mention that the intended scrapping of the low- and middle-income earner tax offset would wipe out half of the average wage earner’s after tax increase anyway.

You can work out the take-home impact of your pay rise here on the government’s Moneysmart site.

Michael Pascoe: Everyone is wrong about a 5.1 per cent minimum wage rise