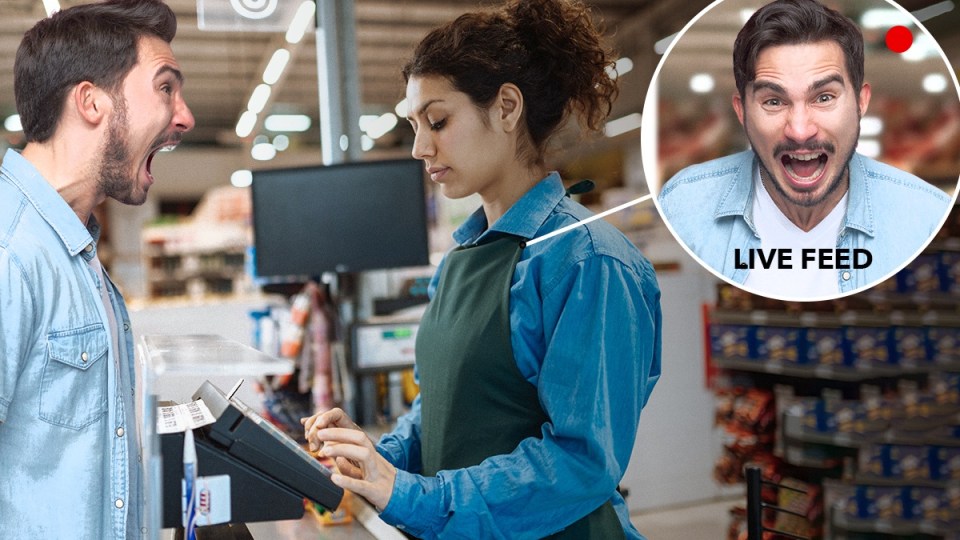 Retail staff are subjected to an increasing amount of abuse, and retailers hope technology is the answer. Photo: TND/Getty

Staff at some of Australia’s biggest retailers are being fitted with body cameras as abusive behaviour from customers that started during the pandemic continues unabated.

The National Retail Association found that more than 88 per cent of retail workers we the victims of physical or verbal abuse from customers in 2020 – prompting Woolworths, Target and Bunnings to conduct body-camera trials in select locations.

Experts say that while cameras will make some staff feel safer, they were not yet proven to reduce incidents of abuse.

Target revealed this week it is conducting a small trial across six stores nationally to deter “threatening” behaviour from customers, and the company’s general manager of store operations and supply chain, Tim Kemp, said cameras worn by select team members will only be turned on when there is a perceived threat to safety.

Bunnings has also begun trialling body cameras this year across three stores and will decide over the next few months whether the program will be rolled out further.

Woolworths has been conducting a similar trial since April 2021 across 11 locations following reports that assaults in the supermarket chain’s stores doubled in 2020.

National Retail Association CEO Dominique Lamb said during the pandemic, particularly when there were mask-mandates, customer abuse in some retail stores increased by up to 100 per cent, and the situation has not improved as mandates have lifted.

“They’re not excuses for treating retail workers badly, but unfortunately, we know that they absolutely contribute to what we’re seeing,” she explained.

Gary Mortimer, a retail and consumer behaviour expert at the Queensland University of Technology, said the cultural mindset of ‘the customer is always right’ is also to blame for poor behaviour.

“Often these aggressive moments take place because of this perception – ‘as I’m a customer, I’m always right, so I demand a refund’, or ‘I demand an upgrade’ or ‘I demand to be shifted to a different table’,” he said.

Cameras only work up to a point

A spokesperson for the Shop, Distributive and Allied Employees’ Association (SDA), the union representing retail staff, said the response from its members that have taken part in the Woolworths’ body camera trial has so far been positive.

The SDA said members felt they were more in control of potentially volatile situations since they’ve had the ability to switch a camera on and off. They also report that it has had some impact on customer behaviour.

Dr Mortimer said there’s been no academic research into the effectiveness of body cameras in retail settings, but research looking at the use of this technology in settings such as prisons shows a “mixed result”.

“When someone sees that they’re being recorded, they tend to become more aggressive.

“There’s been other research that indicates that there’s in fact, no effect.”

A 2018 study undertaken with British railway workers shows the presence of body cameras can sometimes decrease customer abuse, but Dr Mortimer said often the biggest benefit of wearing a camera is that staff feel safer.

Although added surveillance might help mitigate some customer abuse, he said the responsibility needed to be shifted back on customers to change their attitudes and behaviour.

Dr Mortimer said “moral messaging” is one of the effective ways retailers can combat customer abuse, with a good example seen in the badges developed by the SDA to “humanise” retail staff.

“Ultimately, we do need to put the onus back on consumers, simply recording the event doesn’t really fix the cause of deviant customer behaviour,” Dr Mortimer said.