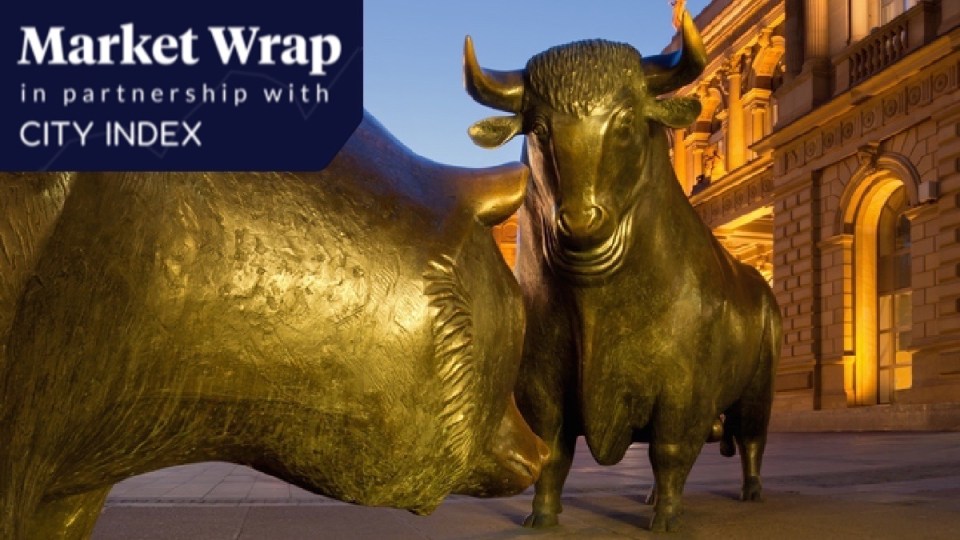 After a turbulent start to the week, US stock markets found support from earnings beats by tech giants Meta, Microsoft, and Qualcomm. Also helping was an absence of hawkish Fed Speak with the Fed in its self-imposed blackout ahead of next week’s FOMC meeting.

It’s been a tough week for the ASX200 as it corrected 5 per cent from last week’s 7625 high. The driver of the sell-off was investor concerns that the COVID-19 lockdown in Shanghai will extend to Beijing, bringing demand for Australian commodities and energy exports into question.

Core inflation is now 70bp above the RBA’s 2-3 per cent target band, and the quarterly gain is the strongest movement since the series began in 2002. The annual trimmed mean was the highest since 2009.

The stunning beat increases the chances that the RBA will raise interest rates by 15bp at its monthly board meeting next week for the first time since 2010, just three weeks before a federal election.

Emmanuel Macron won the French presidential election for a second term with around 58 per cent of the vote. The polls and markets widely anticipated this, and after a short bounce on Monday morning, the EURUSD collapsed to be down almost 5 per cent in April.

Driving the move lower was the heightened risk premia for European assets that the war in Ukraine requires and expectations of aggressive Fed rate hikes in the U.S.

The board of Twitter accepted Elon Musk’s buyout offer in a $44 billion deal ending weeks of speculation after he took a stake in the social media platform this month.

The share price of Twitter initially rallied 6 per cent before retracing as questions emerged, including who would run Twitter and where the equity part of the deal is coming from.

4. US Q1 earnings season rolls on

Of the 159 S&P 500 companies that have reported earnings so far, 55 per cent of companies have beaten consensus estimates by greater than one standard deviation versus the historical average of 47 per cent.

Only 9 per cent of companies have missed consensus estimates by greater than one standard deviation versus the historical average of 14 per cent.

Russia made good on its threat to cut off natural gas supplies to Poland and Bulgaria.

The gas market is on a knife-edge, and the price is just one disruption away from catapulting higher.