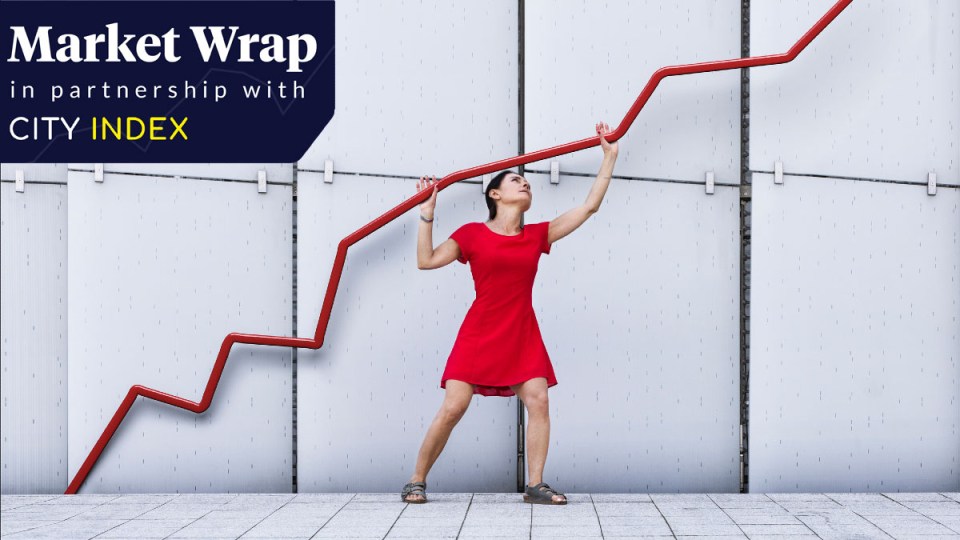 US shares surged 6.2 per cent last week, the best week since November 2020 on hopes of a peace deal in Ukraine, lower oil prices, and relief that the Federal Reserve’s first interest rate since 2018 was mostly as expected.

And as China’s State Council announced steps to restore confidence in its economy and capital markets.

Following a strong lead from Wall Street, the Australian stockmarket, the ASX200 rallied 3.3 per cent last week to close at 7295.

Leading the charge higher, the local IT sector added 7.81 per cent and the financial sector added 6.07 per cent.

The market will watch for any headlines towards a peace agreement.

Ukraine has said it’s open to discussing Russia’s demand for neutrality if it’s given security guarantees and if its borders are recognised as there were as of 1991.

Reports suggest that more than three million people have fled Ukraine so far as the humanitarian crisis deepens.

RBA governor Philip Lowe is scheduled to make an appearance at the Walkley Awards for Business Journalism, and it will be watched for any clues as to the timing of the RBA’s first interest hike.

The market is looking for CPI to rise to 5.9 per cent year on year, a print hot enough to keep the BoE on track to follow up last week’s rate rise with another six this year that would take the cash rate to 2 per cent by year end.

Over the final three days of last week, the AUD/USD rallied over 3 per cent to close above .7400c for the first time in 19 weeks, supported by elevated commodity prices.

5. Will China provide support to Russia in Ukraine?

US intelligence suggests Russia has requested military and financial aid from China and that China is open to the idea after Chinese President Xi Jinping and Russia’s Vladimir Putin announced a “no limits” strategic partnership just weeks before the invasion.

If China does support Russia it would lead to Western sanctions on China, the second-largest economy in the world and risk a deeper divide between East and West.