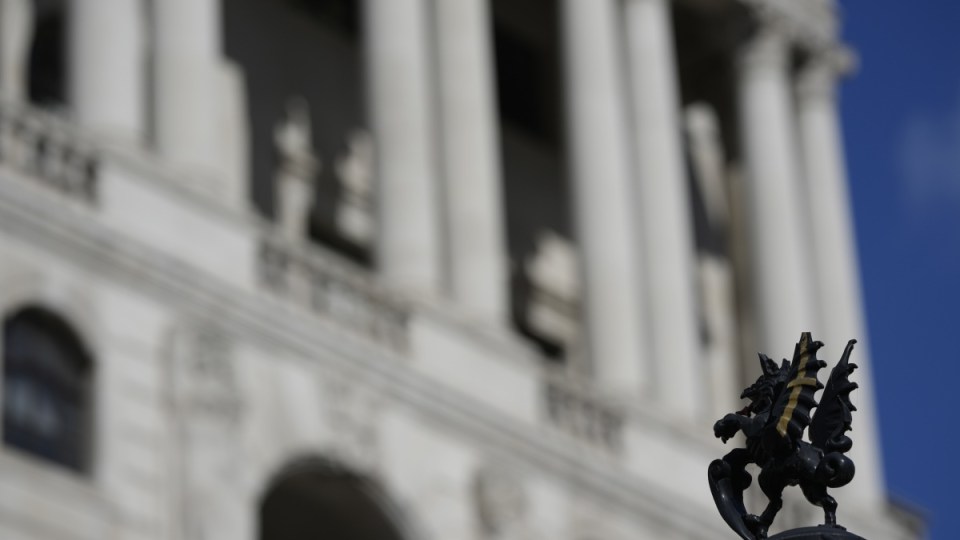 Eight out of nine members of a Bank of England committee voted to raise the rate to 0.75 per cent. Photo: AP

The Bank of England has raised interest rates in a bid to keep fast-rising inflation in check.

But with the economy facing a huge hit from soaring energy prices, it softened its language on the need for further increases.

Eight out of nine members of the Monetary Policy Committee (MPC) voted to raise Bank Rate to 0.75 per cent from 0.5 per cent, following the US Federal Reserve’s decision on Wednesday to raise borrowing costs for the first time since the COVID-19 pandemic.

Economists polled by Reuters had expected a unanimous vote for higher rates.

The pound slumped almost a US cent against the US dollar and UK government bond prices jumped as investors trimmed their bets that the BoE would raise rates rapidly this year.

The BoE said inflation was set to reach about 8 per cent in April – almost a percentage point higher than it forecast last month – and warned it could peak even higher later in the year.

Energy bills, exacerbated by the conflict in Ukraine, are likely to jump again in the northern hemisphere autumn when regulated tariffs are reset, on top of a 50 per cent rise coming next month.

But policymakers on Thursday pushed back against investors’ bets that the bank rate will rise sharply to about 2 per cent by the end of this year, toning down its language on the need for more hikes.

“The committee judged that some further modest tightening might be appropriate in the coming months, but there were risks on both sides of that judgment depending on how medium-term prospects evolved,” the BoE said.

Last month the MPC said further modest tightening “is likely to be appropriate”.

“The MPC are clearly making moves to counter growing inflation. But they will be walking a tightrope in the months ahead,” Confederation of British Industry economist Alpesh Paleja said.

The majority of the committee said they raised rates to reduce the risk that recent trends in pay growth and inflation become embedded in expectations.

The BoE said Russia’s invasion of Ukraine was likely to cause global inflation pressures to strengthen considerably in the coming months and add to supply chain disruption.

It said the squeeze on UK household budgets was likely to be materially larger than it had predicted last month, which was already set to be the biggest in 30 years.