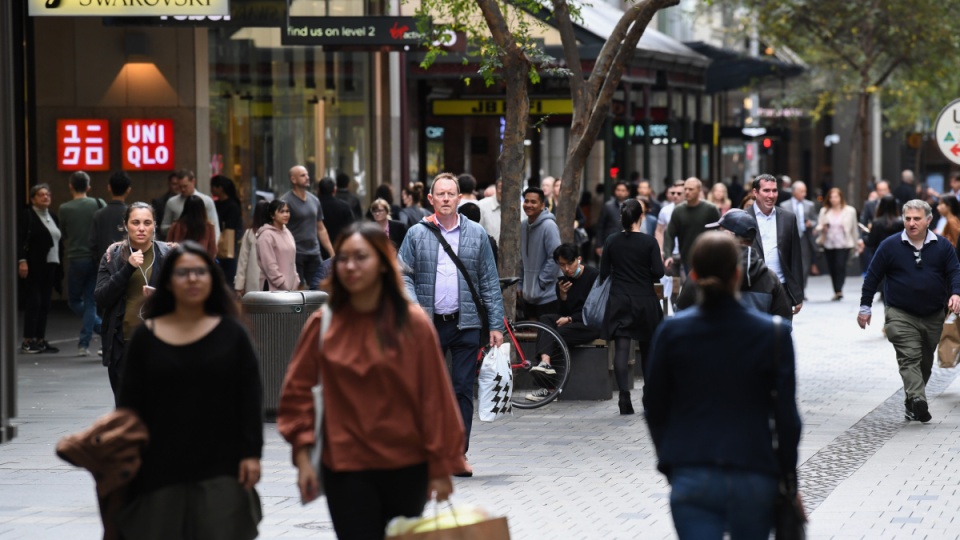 Australia's small and medium sized businesses appear to be gearing up for a strong economy in 2022. Photo: Getty

Consumer confidence remains volatile, rising slightly in the past week against the backdrop of mixed moods among the states.

The ANZ-Roy Morgan consumer confidence index — a pointer to future household spending — rose 0.9 per cent to 101.1, a partial recovery from the 2.6 per cent drop in the previous week.

“Nationally, confidence has been hovering around the neutral level of 100 during the past seven weeks, not heading in the same direction for more than two weeks,” ANZ head of Australian economics David Plank said.

Local factors appeared to steer confidence among the states, for example, rising sharply in Queensland as the floods there receded, while in Western Australia confidence fell due to the the surge in the Omicron variant cases.

Household inflation expectations also fell by 0.1 percentage point from a seven-year high the previous week, but remained elevated at 5.2 per cent as petrol prices reached a new peak.

The Australian Institute of Petroleum said on Monday the national average price for unleaded petrol struck another record in the past week, rising 3.3 cents to 183.9 cents per litre.

Global oil prices have risen sharply as a result of Russia’s invasion of Ukraine.

“Based on the $US20 lift in Brent crude last week, average Aussie petrol prices will soon be $2.10 a litre,” Commonwealth Securities chief economist Craig James warned.

Despite the uncertainty over fuel prices, Australia’s small and medium sized businesses appear to be gearing up for a strong economy in 2022 with demand for equipment and machinery financing up smartly in the first half of this financial year.

Commonwealth Bank of Australia says asset finance soared 87 per cent in the first six months of the 2021/22 financial year compared to the same period in 2020/21.

“The Australian economy is looking strong in 2022 and, with expectations that demand will increase, we anticipate continued investment in capital goods to fuel future growth,” Mr Cairns said.

National Australia Bank will provide a broader look at the business landscape when it releases its monthly survey for February on Tuesday.

Confidence edges up, mixed among states